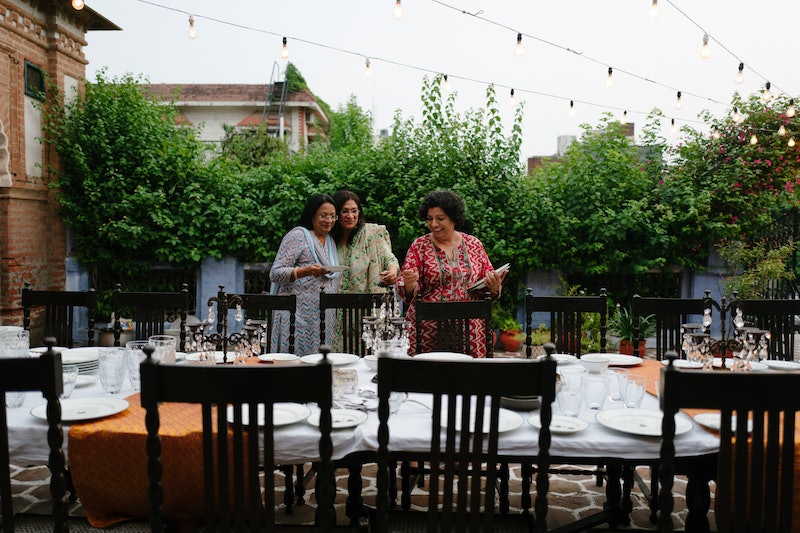 Netflix is taking it to the streets to satisfy culinary enthusiasts' hunger. A new Chef's Table spinoff titled Street Food promises to transport viewers to "some of the world's most vibrant cities to explore the rich culture of street food all over the globe," the streaming giant explained in a press release. Season 1 of the new series, which will be available to stream globally on April 26, includes destinations in nine Asian countries "from the hawker stalls of Singapore to the food carts of India," with each episode highlighting "the stories of perseverance and culture that bring life to each country's cuisine," Netflix added in their announcement.

In a March 20 tweet, director David Gelb called the upcoming nine-episode series "a true labor of love from the Chef’s Table team." Meanwhile, Gelb's Chef's Table collaborator, director and producer Brian McGinn also wrote he is "thrilled" and teased "some very exciting stories and delicious destinations we can't wait to share" via his Twitter account the same day.

Although Netflix has yet to release any further information, including who or which other specific Asian countries will be part of Street Food, Eater noted that the series' first official photo features Thai chef Jay Fai, AKA the first Bangkok street-side restaurant chef to receive a Michelin star.

According to Eater, her restaurant in Bangkok’s Old Town, Raan Jay Fai — famous for its signature khai jeaw poo (crab omelet), poo phad phong karee (stir-fried crab made with curry), and noodle dishes — has less than a dozen tables and guests must typically wait time up to two hours, though, as a handwritten sign on the register notes, “Time not guaranteed.”

With all the newfound attention the Michelin award brought, Fai, who says she cooks only "with the best ingredients," told Eater that she sometimes wishes she “could give the star back already.” Chalk it up, in part, to all the Foodstagram-ers. As she further explained, “Many people come just to see and take pictures and not necessarily to eat.”

In the same article, chef Gaggan Anand, who Eater says runs two-Michelin-starred restaurant Gaggan in Thailand’s capital, made a comment that shows the new Netflix series is right on trend.

“Street food has evolved and improved so much that Michelin judges had to pay more attention to this,” he said. “We have more than a hundred Jay Fais in Bangkok. But she became so famous that she called their attention because of her great job.”

These chefs' missions remain bigger than just what's on the plate, too. "I want to use food to connect to people," Khan, who owns London's Darjeeling Express, told Vice ahead of her Chef's Table episode. "I fight a lot of issues about racism in this country. Strength comes with unity.”

Indeed, as Street Food will also surely illustrate, perhaps nothing brings people together more than food — whether it comes from a five-star restaurant or a modest cart.