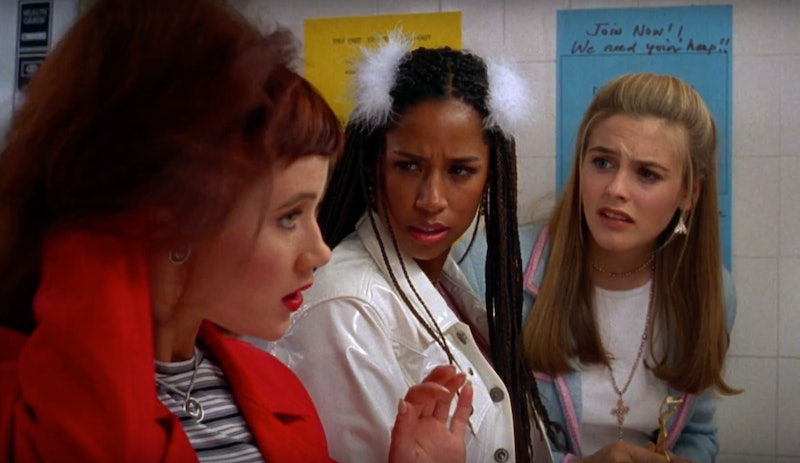 One of the most beloved teen movies of all time is getting a 21st century update. A Clueless remake is officially happening, Deadline reported Thursday, because the next generation needs to know who Cher Horowitz is.

There's not a ton of information about the movie just yet, but there are some big names attached to the behind-the-scenes side of things. Tracy Oliver, who co-wrote the screenplay for Girls Trip, will be producing the movie. And Marquita Robinson, who's worked as GLOW's story editor and as a writer for New Girl, will be writing the script for the Clueless remake, according to Deadline.

Of course, there isn't any news about casting right now, considering the fact that the movie hasn't been written yet. Still, fans are probably already imagining the possibilities for an updated version of the classic movie. How will iPhones figure into Cher's dreamy closet? What's the 2018 version of the iconic yellow plaid outfit? And, perhaps most importantly, who could ever replace Paul Rudd as Cher's swoon-worthy love interest?

There's also the question of whether any original cast members would return for the Clueless remake. Sadly, Brittany Murphy passed away in 2009, but Alicia Silverstone, Stacey Dash, and even Rudd could make cameos in the new film.

For fans of the original movie, though, there are definitely mixed emotions. Some '90s kids, understandably, aren't thrilled that the beloved film is being remade.

Still, some fans were, as the Clueless characters would say, totally buggin' over the remake. (Will the new movie still feature the iconic catchphrases? Will '90s kids who inevitably see the remake be forced to learn whatever Gen Z catchphrases are popular now?)

And, of course, plenty of people joked about Rudd being able to star in the new movie as a college student, just like he did in the original film, since he's notorious for not aging.

As some fans pointed out, the 1995 movie was inspired by Jane Austen's Emma, so it's already a "remake" of sorts. Still, it does feel a little weird to re-adapt the '90s movie, and not just make a new movie that's loosely tied to the book. Part of Clueless' charm was that it was so distinctly made in the '90s, so it will be interesting to see what changes Oliver and Robinson make for the updated version.

Still, as Deadline points out, fans who can't get enough Cher Horowitz are really in luck. Aside from the upcoming remake, there's also an upcoming off-Broadway Clueless musical starring Dove Cameron, and it's opening in December. So if you don't mind seeing other actors than Silverstone in Cher's shoes, now's a great time to be a pop culture connoisseur.

Once more details about the Clueless remake are revealed, some skeptical fans might just come around to the news. And for fans who want to hold onto the original, it will always be there, in all its '90s glory, for fans to enjoy.