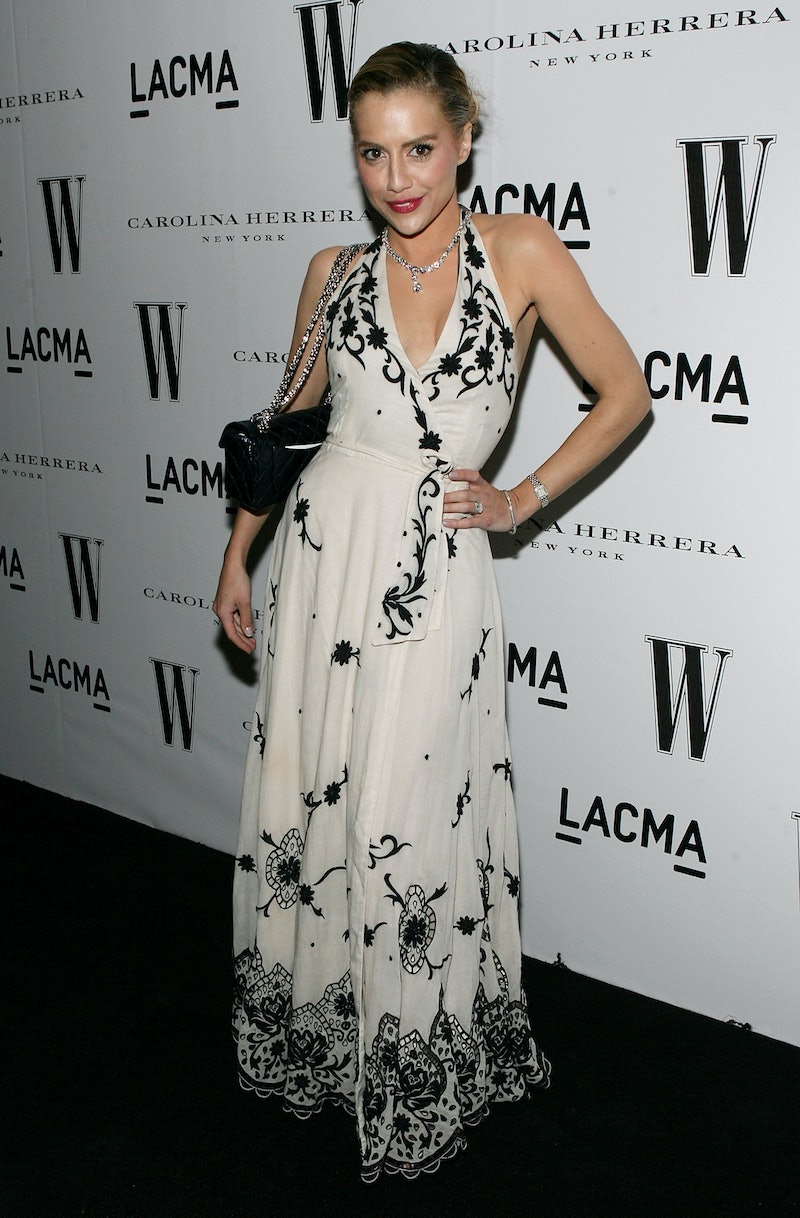 It's been almost five years since Brittany Murphy was suddenly found dead in her home on December 20, 2009, but it's still hard to believe that she's actually gone. For someone who lived such a short life, she managed to impact so many people with her work. For me, watching some of my favorite movies, like Clueless and Uptown Girls, is truly not the same knowing that Murphy's no longer with us. But now, Lifetime is attempting to bring Murphy back to life with their unauthorized biopic The Brittany Murphy Story, and the results are probably going to be disastrous. In case you haven't seen the trailer for the movie, it's pretty rough to watch ... and I think we can all agree that Murphy deserves a far better tribute to her life and accomplishments than this.

And it's still happening despite the fact that Murphy's father, Angelo Bertolotti, is furious that the movie has been made, even to the point of allegedly harassing Amanda Fuller, who plays Murphy in the film. There's no telling how accurate (or not) the movie might be, especially since it was created without the help or approval of those close to the beloved actress. So before the movie premieres on Saturday and gives its version of events, here's everything we know for sure about Murphy's death.

Murphy's Death Was Sudden And Unexpected

Murphy was only 32 when her mother, Sharon, found her unconscious in the shower in the early morning of December 20, 2009. Sharon immediately called 911, and the heartbreaking audio of the call was released later. Despite Sharon and her husband's attempts to revive her, Murphy was pronounced dead at 10:04 a.m. at Cedars-Sinai Medical Center in Los Angeles. Murphy suffered from anemia and was battling a case of pneumonia at the time, which would later be ruled the official cause of her death.

Two months after her death, results of an autopsy performed by the Los Angeles Coroner confirmed that Murphy's body showed no signs of alcohol abuse or illegal substances, and that there could be no other cause for her death than pneumonia. According to People, they did find elevated traces of Vicodin and over-the-counter cold medicine, but that's unsurprising, considering how Murphy wasn't feeling well at the time of her death. The coroner called her death "accidental but preventable," and stressed that there was no evidence of foul play.

Murphy Was Laid To Rest In A Small, Private Funeral

Shockingly, Monjack was found dead on May 23, 2010 in his Hollywood home, after the Los Angeles County Fire Department was called. At the time of his death, Monjack was only 40, and his mother, Linda, had told People earlier in the year that he had suffered a heart attack shortly before Murphy's death. Later that year, the assistant chief coroner announced that Monjack's death was caused by "pneumonia, just like Brittany."

Monjack was later buried beside Murphy, and a recording of Murphy singing "Smile" with Monjack accompanying her on the piano played as they closed the casket. It's difficult to imagine a more heartbreaking scenario for their friends and family to have to deal with.

Authorities Have No Plans To Reopen Murphy's Case

Bertolli obtained DNA samples from Murphy for further testing, and reportedly received results that said there were 10 types of heavy metals in her system at the time of her death. "It's very suspicious," Bertolli claimed. "I feel she was poisoned and there's no question about that. She was murdered."

However, the Los Angeles Coroner told The Huffington Post that they plan to stand by their original reports. As of November 2013, the coroner's office had never been sent any third-party lab results, and so Murphy's case remains closed.