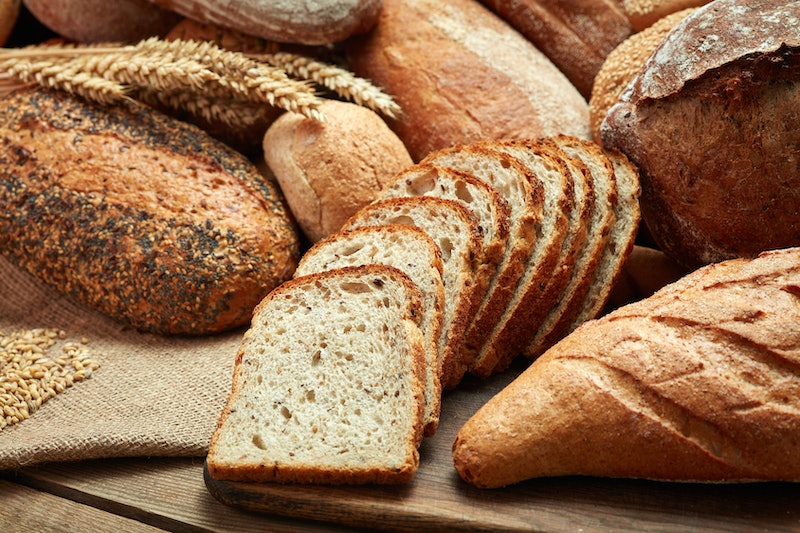 Gluten isn't the devil, despite what you may have heard, but for people with celiac disease, eating anything with the protein gluten in it causes an uncomfortable immune reaction in the small intestine. The autoimmune disorder is relatively uncommon — the organization Beyond Celiac estimates that one in 133 Americans has celiac disease — but it has a major impact on people's quality of life. Now, a new collaboration between an industrial pharmaceuticals company and a university lab may mean a cure for celiac disease is on the horizon, and it's taking a neat approach to the problem.

Current treatment for celiac disease involve abstaining from eating gluten as much as possible, to avoid setting off an immune reaction. The University of Chicago's Medical School reports that a variety of different approaches are currently being studied to help people with celiac disease, from medications that alter the immune system itself and make it less sensitive, to drugs that interact with gluten and "turn off" its potential irritation. And the new idea, which is a collaboration between the Technical University of Vienna and Sciotech Diagnostic Technologies GmbH, falls into the second category. Rather than looking at the immune system, the collaborators noted in a press release, the researchers looked at gluten itself, and the antigens inside the protein that make the immune systems of people with celiac over-react.

Some background: Antigens are the substances on things like viruses and fungi that trigger an immune reaction. And for most of us, the immune system targets those antigens individually.

"Our bodies produce antibodies that fit intruding antigens precisely, like a key to a lock. This immune response makes these antigens harmless," Professor Oliver Spadiut explains in the press release. And that's what the study did. The researchers found a way to make two antibodies that "lock" into the gluten molecule and stop it triggering any immune system responses. To put it simply, they turned the gluten off.

How do you make an antibody? You don't inject it or take it as a pill; you prompt a bacterium that's already in the body to produce it. That was the tricky part, according to the researchers, as sometimes the bacteria involved produced slightly flawed antibodies.That's often the difficulty with new drugs: they might work in a lab, but if producing them on a large scale is impossible or incredibly expensive, it's really tricky to get them out to everybody who needs them. But the researchers behind the study think the process is becoming more efficient and might produce a good pharmaceutical drug within the next few years — even as soon as 2021, notes the press release.

This is exciting news for people with celiac disease, though it's too early to say for sure that it would work. For one, the drug hasn't gone through extensive human testing yet, and for another, it's a long road from developing a drug to have it . But if all goes well, there may come a day when eating a bagel without any issues may be just a pill away.

Correction: This post has been updated to correctly identify the organization Beyond Celiac.

More like this
This Psychological Effect Might Be Keeping You From Hitting Your Goals
By Lexi Inks
TikTok's Butter Board Might Be The New Cheese Plate
By Emma Carey
Deliveroo Is Selling Lotus Biscoff Cinnabons Now
By Darshita Goyal
On TikTok, Tinned Fish Date Night Is The Latest Viral Food Obsession
By Emma Carey
Get Even More From Bustle — Sign Up For The Newsletter