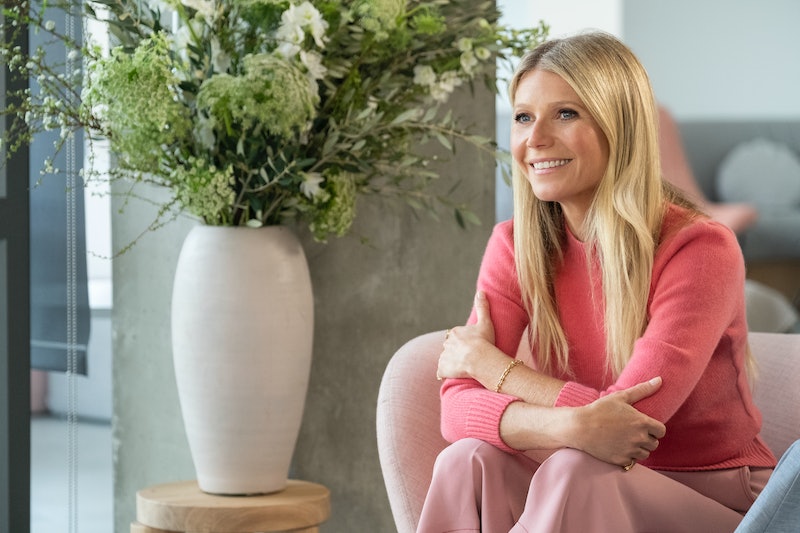 I returned to my desk the first week of the new year with a gift to be unwrapped: the trailer for Netflix’s The goop Lab, a six-episode series from Gwyneth Paltrow’s wellness brand, hosted by GP herself, was uploaded to YouTube. A press release for the series sent to me by goop shortly thereafter calls it “a revelatory look at the boundary-pushing theories that can transform our mental, physical, and emotional wellness.”

What goop calls “boundary-pushing,” however, is often criticized as lacking substantive scientific evidence about efficacy or safety in the real world. You may recall that in 2018, goop settled a lawsuit for $145,000 dollars over claims that jade eggs could “balance hormones, regulate menstrual cycles, prevent uterine prolapse, and increase bladder control,” per a statement from the Santa Clara County District Attorney’s office. (Internet commentators are now wondering whether the eggs in question will make an appearance on the show.)

While the series won’t be live on Netflix until Jan. 24, there’s already a lot of chatter about what the show might promote. I emailed Dr. Jen Gunter, M.D., an OB/GYN and author of The Vagina Bible whose tweets responding to (and debunking) goop-published information often go viral, to see what she thought.

“I think I have watched it twice and can't stomach a third time, so I can't give you a frame-by-frame takedown,” Gunter tells me over email. “This looks like classic goop: some fine information presented alongside unscientific, unproven, potentially harmful therapies for attention, with the disclaimer of ‘We're only having conversations!’”

(Bustle has reached out to goop for comment on these criticisms, and we will update this piece when we hear back.)

Some of the subjects presented in the minute-long trailer: orgasms, acupuncture, “ideas that may seem out there or too scary,” energy healing, exorcisms, psychic mediums, cold therapy, “the vulva.” Gunter specifically pointed out the lack of evidence around mediums (“No one can actually study mediums because they wouldn't want to get laughed out of the Institutional Review Board meeting”) and cold therapy, which a Cochrane review found not to have evidence to support its claims to help issues like asthma and fibromyalgia, and which the FDA warns against, saying it “poses risks.”

Gunter disclosed that she has her own streaming health show on Canada’s CBC, called Jensplaining, which she says Netflix passed on.

Many wellness trends may have limited scientific evidence to support their use, but are valuable for other reasons, like the way they help people get more in touch with their bodies. Raising awareness around these practices, however, needs to happen in conversation with unbiased, verifiable information, with an explicit acknowledgment of any proven risks, benefits, or lack thereof. And Gunter says that’s just not something goop is able to provide, even with that disclaimer of “having conversations.”

“When you sell products, that means you are not a reliable source of information,” Gunter says. “[G]oop sells supplements and other quasi-medical products, gives vaccine-hesitant doctors a platform, and actively promotes ‘mediums’, so they cannot provide unbiased information about these topics.”

Gunter adds,"If a pharmaceutical company had a similar show, what would people think?”