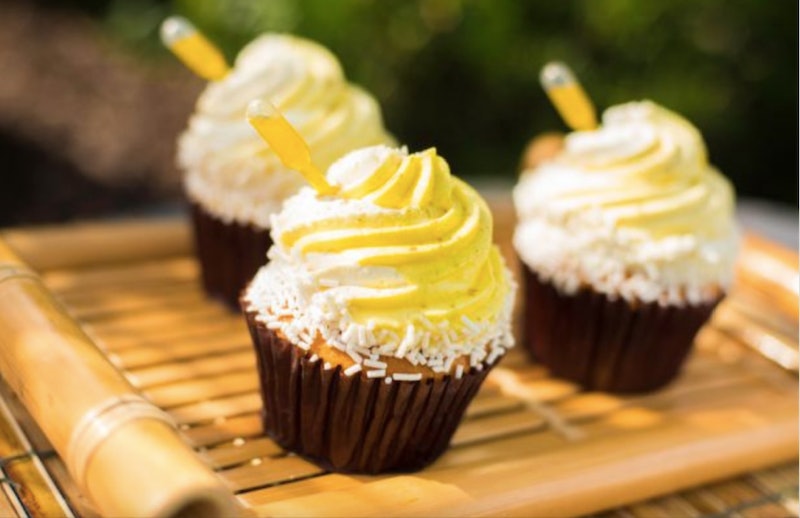 Calling all sweet tooths! Disney has some sugary surprises in store for this upcoming summer. While the brand may serve as the preeminent destination for all things fantastical and fun, what Disney further does best is food. Where other theme parks may serve subpar, run-of-the-mill munchies, Disney offers snacks that are next-level. The latest in their sweet fare is a riff on a familiar fave — this Dole Whip-inspired cupcake featured in the Disney Parks' blog May 2018 dessert round is sure to be a crowd-pleaser.

If you're not already familiar with the frozen Dole Whips at Disney parks — a pineapple-flavored soft-serve of renown — then you should now that of the countless dessert options at Disney, few have acquired a devoted following quite like it has. According to Bon Appetite Magazine, in 2016 alone Disney parks sold a combined 3.4 million servings of it.

And now visitors to Walt Disney World Theme Park in Orlando, Florida can snag its delicious cousin, the new Pineapple Whip Swirl Cupcake at the All-Star Music Resort. The post on the Disney Parks Blog provides some detail into the inventive and irresistible treat, describing it as a yellow cupcake topped with a swirl of vanilla and pineapple cream. It is finished with white sprinkles and gold dust. But that's not all; the pièce de résistance is a miniature dropper filled with pineapple whip gel. That's right— a plastic dropper filled with gel flavored like a Dole Whip that lets you decide how much or how little you want to add to the cupcake. Who are you kidding, though? Obviously you want it all. 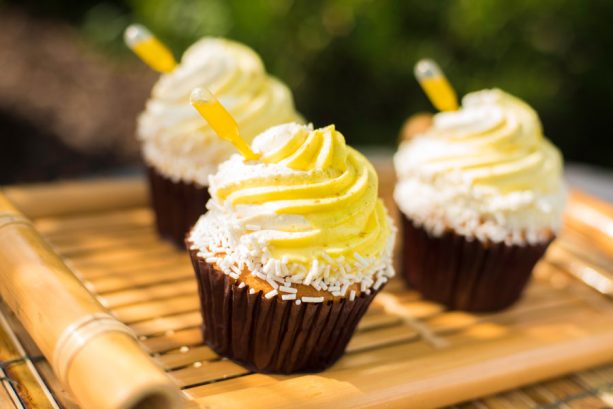 This is not the first time Disney has turned to the iconic Dole Whip for dessert inspiration. Last month, the parks released a limited edition Dole Whip-like doughnut. A pineapple-flavored doughnut is topped with toasted meringue to create it. It should be noted that is not actually the treat's ~official~ name but its likeness to the original thing are apparent, so why not?!

The All-Star Music Resort is clearly looking to reinvigorate the cupcake craze of the early 2010s. In addition to the Pineapple Whip Swirl as it is also introducing a blackberry lemon cupcake, as well as a chocolate red forest velvet cupcake, according to the Disney Parks Blog. The latter is reportedly filled with cherry compote and iced with cherry buttercream frosting — one can assume it is a reimagining of the classic red velvet combined with the cherry-chocolate black forest cake. In addition to The All-Star's offerings, visitors with a particular affinity for all things royal can snag a Belle Cupcake from the park's Sunshine Seasons eatery. The chocolate cupcake is filled with cherry and iced with — get this — lemon buttercream in the shape of Belle's classic golden ballgown. It is even adorned with tiny red candies resembling buttons on the bodice of the dress. 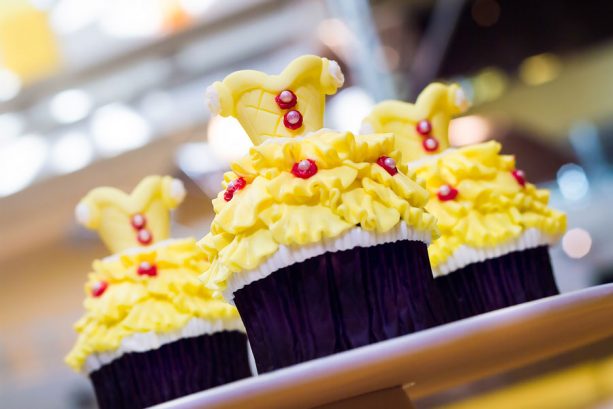 If cake is not your forté (something that is truly tragic), perhaps a car will satiate you. No, not an actual automotive, but a chocolate or caramel-covered apple decorated to resemble Lightning McQueen or Tow Mater. Each is loaded with candy-coated chocolates, chewy chocolate candy, sour belts, and finished with marshmallow wheels to create a rotund replica of the Pixar characters.

Thirsty? Opt for the Purple Wall Slush from Tomorrowland Terrace. You're not going to be able to find anything in nature as as deliciously purple as this taro-flavored tea slush, topped with violent sprinkles and filled with tapioca pearls. Best of all? It matches the legendary purple wall of Tomorrowland, making it ideal for Instagram. 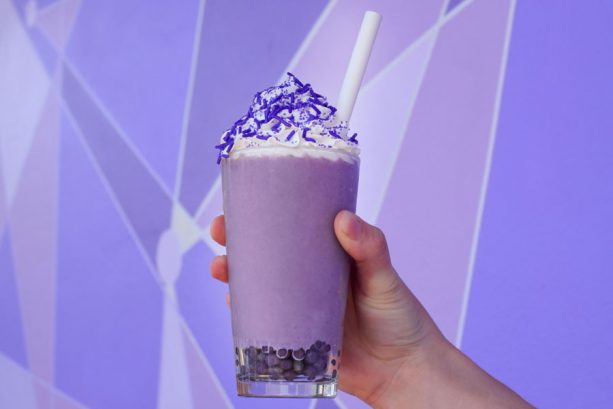 Rounding out the summer dessert lineup is a treat straight from a millennial's wildest dreams. The strawberry-flavored millennial pink macaron is shaped like the visage of the famous mouse, dipped in white chocolate, filled with coconut-lime jelly, and finished with a golden bow atop its head. It's almost too pretty to eat, but if you want to, grab one from Jolly Holiday Bakery Café at Disneyland Park, or at Fiddler, Fifer & Practical Café and Clarabelle’s Hand Scooped Ice Cream at Disney California Adventure Park.

Whether you're a chocoholic or prefer something fresh and fruity for your sweet fix, Disney's newest lineup is sure to have you salivating.