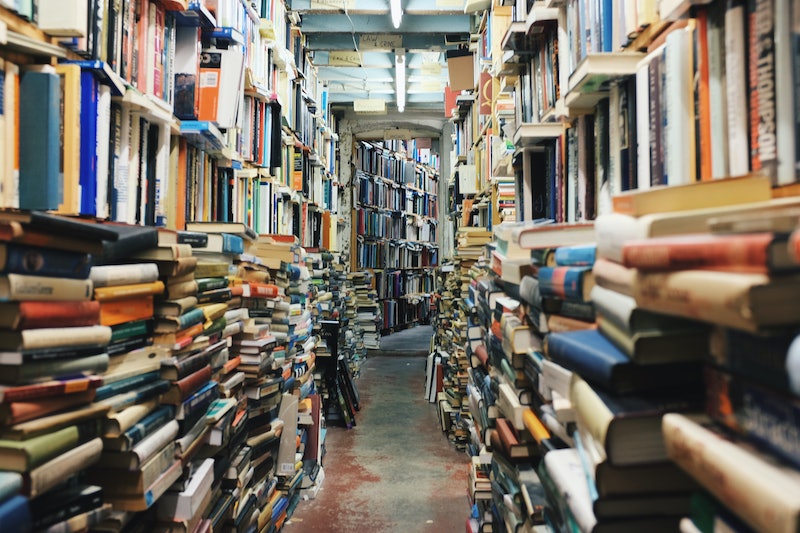 In anticipation of "nuclear war or some other grim apocalypse," a Doomsday Library has been set up in Norway. Officially known as the World Arctic Archive, the Doomsday Library is buried in the permafrost of Svalbard, Norway, near the Global Seed Vault.

Countries and people groups around the world are invited to place digitized versions of their most precious texts inside the World Arctic Archive, as Brazil and Mexico have already done. The Sun reports that the Doomsday Library "uses film to store the data, rather than unreliable hard drives or other storage mediums."

The World Arctic Archive isn't the only Doomsday Library out there. For years, a North Carolina IT professional named Rocky Rawlins has been updating his Survivor Library: "a collection of about 7,000 books in PDF format that teach people how to rebuild civilization." Rawlins' collection includes entries on mathematics, veterinary medicine, astronomy, and embalming, among other subjects.

Good news, book nerds! If you want to move close to the World Arctic Archive, you can. Svalbard is a remote archipelago located between mainland Norway and the North Pole. In recent years, the island chain has gained attention from the likes of Business Insider and The New York Times for its lax immigration policy. Unlike many places that require expatriation candidates to have large savings accounts and pesky visas, you only need a job that will support you in order to relocate to Svalbard. The area's few thousand residents are not entitled to any of Norway's social programs, and people who venture out of the archipelago's main settlements are legally obligated to carry a gun in case they run into polar bears.

The Doomsday Library uses film from Piql, whose products have been used in Bollywood and Hollywood. Tests have shown the film to be readable for at least 500 years, and Piql's Katrine Loen Thomsen tells Norway's NRK that the company believes their technology will safely store data for twice that long. Anticipating major changes in technology and language, "all film rolls [in the Doomsday Library feature] intuitive visual readable instructions so people in the future can read what we save today."

More like this
The Biggest Differences Between 'Bullet Train' & The Book It’s Based On
By Arya Roshanian
We’ve All Had Bad Sex. Nona Willis Aronowitz Is Talking About It.
By Sophia Benoit
10 Must-Read New Books Out This Week
By K.W. Colyard
Jennette McCurdy’s First Kiss On 'iCarly' Didn’t Go As Planned
By Bustle Editors
Get Even More From Bustle — Sign Up For The Newsletter