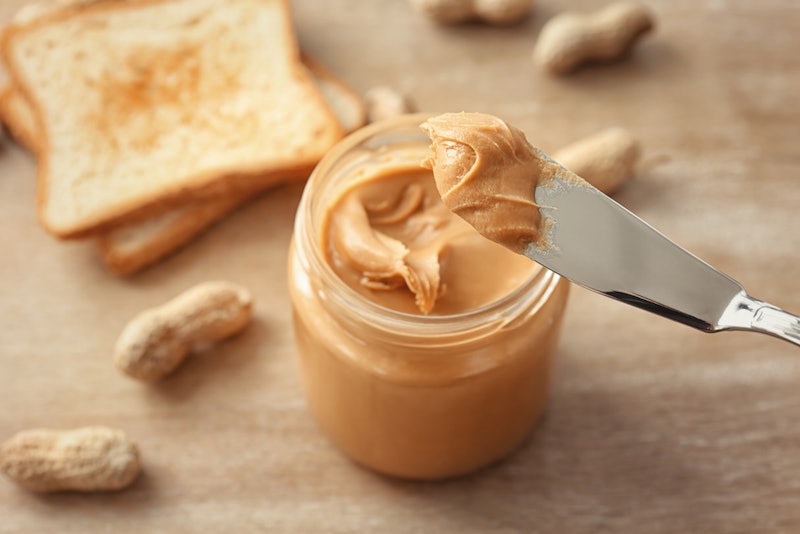 For those who suffer from peanut allergies, there may be some good news on the horizon: in a study published in the New England Journal of Medicine on Nov. 18, researchers claim to have found a potential "breakthrough" drug for people with peanut allergies. The drug in question is called AR101, which the researchers describe as a "peanut-derived pharmaceutical product". While it is by no means meant to cure people of their allergies, it may be crucial in preventing life-threatening symptoms, particularly in children and adolescents.

To trust the drug's effectiveness, the researchers narrowed down their participant pool to 555 candidates who suffered from peanut allergies, 499 of which were between the ages of four and 17; 551 participants took "at least one dose of AR101 or placebo," per the study. The researchers found that after nine to 12 months of treatment, over two-thirds of the test subjects were able to ingest 600mg of peanut protein (approximately two peanut kernels) without their usual allergic reactions; half were able to ingest as many as four peanut kernels, the study's authors told EurekaAlert!. The study's authors noted that the drug's effect in participants ages 18 to 55 was not "significant".

For those that it did affect, though, the implications may bring some peace of mind both to young children and adolescents who suffer from peanut allergies, as well as their parents and schools. While the usual treatment plan for peanut allergies is avoidance, sometimes exposure is unavoidable — and AR101 may have the potential to mitigate some of the consequences, if accidental exposure occurs. This is especially noteworthy, considering that not only did a study in 2017 suggest that peanut-related allergies are on the rise, but that peanut allergies are the leading cause of food-related deaths in the U.S.

"We're excited about the potential to help children and adolescents with peanut allergy protect themselves against accidentally eating a food with peanut in it," said one of the study's co-authors, allergist Stephen Tilles, in an interview with EurekaAlert!

Allergist Jay Lieberman, MD, another co-author of the study, reiterated to EurekaAlert!, "This is not a quick fix, and it doesn't mean people with peanut allergy will be able to eat peanuts whenever they want. But it is definitely a breakthrough. The hope would be to have a treatment available in the second half of 2019."

Furthermore, the study's authors noted to EurekaAlert! that test subjects had much fewer side effects than anticipated, and that overall, 80 percent of the participants were able to reach a baseline of consuming an entire peanut kernel each day.

The study also notes that, at this time, there are no FDA-approved treatments available to those who suffer from peanut allergies; if the use of AR101 is approved, it would be the first, and would be available to patients with a prescription. It is worth bearing in mind, though, that although the tolerance of peanuts was built up over time with the AR101 treatment in the study, that ceasing the use of AR101 loses its protective effect — the drug would have to be taken at regular intervals to remain effective. Still, considering the the potential consequences this drug may help sufferers of peanut allergies avoid, it definitely has the potential to be a game-changer if it's approved for public use.

More like this
TikTok's Butter Board Might Be The New Cheese Plate
By Emma Carey
Deliveroo Is Selling Lotus Biscoff Cinnabons Now
By Darshita Goyal
On TikTok, Tinned Fish Date Night Is The Latest Viral Food Obsession
By Emma Carey
The 5 Best SLS-Free Toothpastes, According To Dentists
By Amy Biggart and Danielle Calma
Get Even More From Bustle — Sign Up For The Newsletter