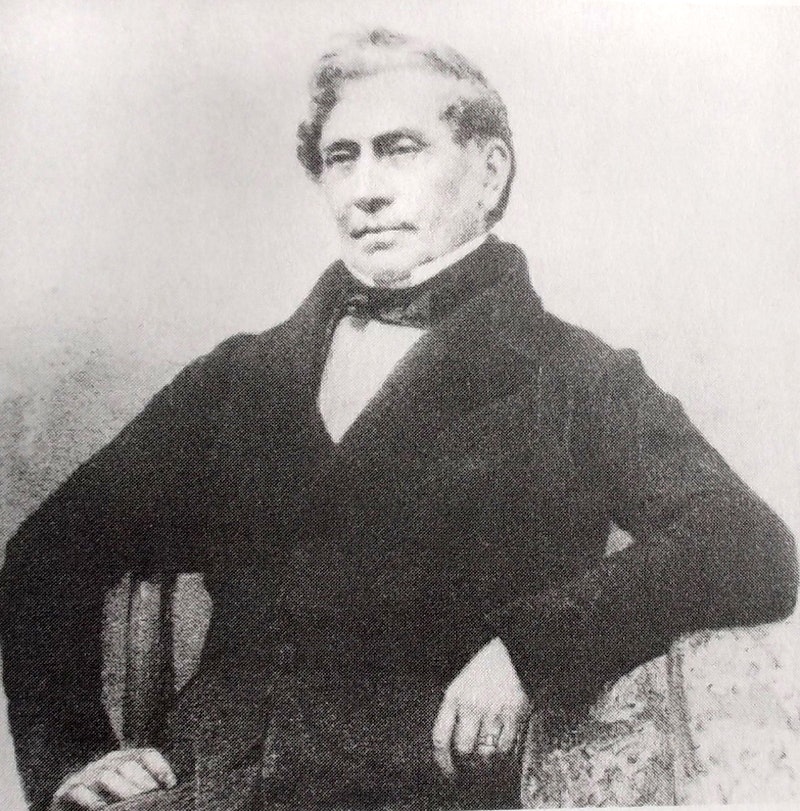 Uproar over a recently acquired work of historical fiction has provoked new conversations about the importance of #OwnVoices trans storytelling, or stories about trans people written by trans authors. On Wednesday, Love, In Theory author E.J. Levy announced the sale of The Cape Doctor, a historical novel about Irish surgeon Dr. James Miranda Barry, a trans man, to Little, Brown. Although the book is fiction, The Cape Doctor is about Dr. Barry, who was a very real person who lived and died in the 19th century — and Levy's presumed treatment of his story has left a bad taste in many mouths.

Assigned female at his birth in the late 18th century, James Miranda Steuart Barry lived as a man for more than 50 years, from his late teens or early twenties until the time of his death in 1865. He was a close friend of the South African Governor Lord Charles Somerset, and was rumored to have been his lover. When the time of his death drew near, Barry instructed those close to him to bury him as he died, without undressing him or performing any sort of examination. Those wishes were ignored, and Barry's genitals were exposed by the woman tasked with preparing his body for burial. Regardless of the gender assigned to Barry at birth, Dr. Barry's personal letters never use female pronouns — In fact, he referred to himself as "a gentleman." As historian EE Ottoman points out in his biography of the surgeon, "James Barry wanted to be seen as a man of understanding and I say we give it to him."

The copy in the announcement of Levy's forthcoming novel has led critics to believe that it uses Barry's genitalia, and the violation of his will to reveal them, to drive its narrative. If that is the case, the novel is already inherently problematic in its approach to Barry's life and legacy. As The Girl from Everywhere author Heidi Heilig points out, "the BIG REVEAL OF GENITALS is frequently used as a SHOCKING TWIST in fiction featuring trans folks," and "it is ALSO frequently cited as a reason for TRANS PANIC VIOLENCE AND MURDERS in reality!"

Not only that, but The Cape Doctor also appears to misgender Barry, presenting him as a cisgender woman — hence the word "homosexual" in quotes — who disguised herself as a man in order to pursue a career in medicine. In an email to Bustle, Levy said that her novel "does not 'use female pronouns' to refer to Dr. Barry for the most part; in my novel, Barry is referred to variously as he, she, and most often, as I."

"As a longtime LGBTQ activist and lesbian writer, I understand the anxiety of representation expressed by the trans community and am sympathetic, but my novel actually addresses claims that Barry was trans, as it addresses many other posthumous claims about the doctor. My portrayal of Dr. Barry as a feminist, gender-queer figure does not preclude other readings of the evidence, but it is grounded in research, and a conviction that Barry's life confounds any neat categorization or definitive claim.

"I spent five-plus years researching Barry, in archives and in Cape Town, and read both Rachel Holmes' wonderful biography that speculates about Barry being intersex and the more recent by du Preez/Dronfield that speculates about Barry's having been a victim of rape, among other interpretations. It seems to me that Barry's perennial appeal comes (in part) not simply from the remarkable life s/he led but from the gaps in the historical record, which leave ample room for speculation, projection, inquiry, and ardor.

"I have deep respect for those who claim Barry as a trans hero, but I find confounding the idea that anyone would attempt to limit how we might imagine Barry's life. The critics are responding to a publisher’s two-line announcement and have no knowledge of my project (many seem to think it is a biography) or how it engages gender, or how I engage gender, on the page and in life."

In a statement provided to Bustle following the publication of this article, Little, Brown Publisher Reagan Arthur wrote:

"As publishers, we support the freedom of writers to imagine every kind of life and situation, including ones based on historical people and events. E.J. Levy has written a novel that it is based on a real person, Dr. James Barry. It is a work of imagination, not a biography or a representation of fact.

"Over the last week, we have listened carefully to members of the transgender community and their allies. We will work with E.J. Levy to publish her novel with sensitivity to the issues that have been raised, including the use of the proper pronouns to describe Dr. Barry’s embodiment at different moments of their life. These are important issues that we take seriously, and we look forward to continuing this conversation as we bring The Cape Doctor into the world."

Despite evidence that Barry used male pronouns to refer to himself, Levy used "she" in tweets on Wednesday and Thursday, claiming that Barry was "a heroine for our time" who "refused facile gender categories." The author previously shared a link to a New York Times op-ed by Elinor Burkett, who used the space she was given to misgender and deadname Caitlyn Jenner, and to claim that trans women "stake their claim to dignity as transgender people by trampling on mine as a woman." Writing on Twitter in 2015, Levy called the piece a "Smart essay on why transgender performance unsettles many feminists."

This is not the first time that Barry has been misgendered in the media. A 2011 novel presents the surgeon as someone whose "greatest achievement of all had been to 'pass' for a man for more than fifty years," and the subtitle for a 2016 biography of the man called him "A Woman Ahead of Her Time." In its profile of the doctor, The History Channel uses female pronouns when discussing Barry's early life. In 2016, The Favorite actress Rachel Weisz was tapped to play Barry in a biopic tentatively titled Secret Life of Dr. James Miranda Barry — a move smacking of the same kind of misguidance that led to Scarlett Johansson's casting as trans man Tex Gill. Johansson quit the starring role after protests from the trans community. The last update for the Barry film is dated Aug. 28, 2017, so it's possible the film has not moved forward in that time.

Casting cisgender women to play trans men, such as in Boys Don't Cry and Albert Nobbs, or cisgender men to play trans women, as in Dallas Buyers Club andThe Danish Girl, merely reinforces the idea that trans men are simply butch women, or that trans women are just men in dresses. In the same way, recasting Barry and Gill as female pioneers erases their already rarely seen identities as trans men.

There's another layer present when talking about this kind of media representation and erasure in the lives of Barry, Gill, and people like them. James Miranda Barry and Dante "Tex" Gill were real men, who breathed, loved, thought, lived, and died. Neither of them was, as Levy described Barry on Thursday, "a dazzling character." As literary agent ZR Ellor wrote in a tweet that same day, "There are so many women in medicine whose stories have never been told. If you want to write about a 19th century female doctor, [you can] take your pick."

The controversy also exposes the culture that allowed The Cape Doctor to land a publishing contract in the first place. In an email to Bustle, YA author Ray Stoeve explained how deep the problem is seated, calling out the agent, editor, and publishing team who presumably saw nothing wrong with publishing a cis author's novel that recasts a trans man as a cis woman in disguise. "The industry has similar issues when it comes to publishing writers of color, disabled writers, and other marginalized groups," Stoeve said. "Agents, editors, and publishers need to think seriously about whose stories they see as relatable, or sellable, and who they see as being qualified to tell certain stories."

These revelations about Levy's novel prompted many trans writers to tweet about their expertise, both in writing about Barry and living as a trans person. In their comment to Bustle, Stoeve says: "Why was a cis person given a contract to write a book about a trans person, in which she entirely revises his identity to suit her own interpretation, when there are plenty of trans writers and historians who could tell this story? Why didn't cis people catch the transphobic dogwhistles in her premise? People within the industry need to self-educate and help change the demographic makeup of publishing so this doesn't keep happening."

To support #Ownvoices trans fiction, check out Ray Stoeve's list of YA and middle-grades trans writers.

This article was updated on Feb. 26 to include a statement from Little, Brown publisher Reagan Arthur.