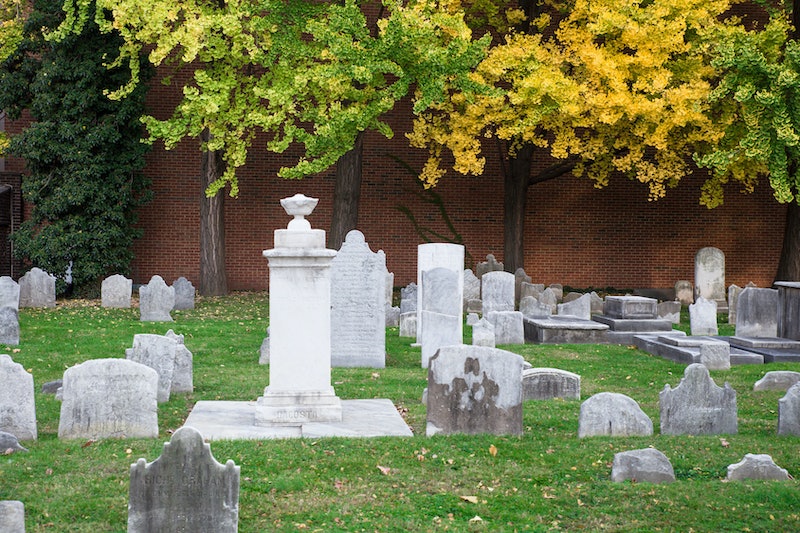 A family in Nova Scotia is horrified after a funeral home mixed up three bodies and learning that their loved one had mistakenly been cremated. Responding via email to CBC News, Bernie Conway, a lawyer for the funeral home’s director, made this brief statement: “Rest assured, Serenity Funeral Home takes utmost pride in the services it provides and takes this matter very seriously.” An investigation is currently underway regarding the incident.

At the December 27 visitation for Sandra Bennett, who died at 65 after a long illness, family members were presented with two different bodies, neither of which was Bennett’s. Before the open-casket visitation began, Bennett’s husband told funeral home staff that the woman they’d presented in the casket was not his late wife. Staff then brought out a second casket. The second woman was also not Sandra Bennet. However, family members say that woman in the casket was wearing Bennett’s clothing. Eventually, funeral staff told the family there’d been a mistake and Bennett had been cremated.

“It’s just like a horror story,” one of Bennett’s family members said to CBC News.

According to CBC News, family members of at least one of the deceased confused with Bennett were notified of the incident four days later. CBC spoke with the son of one the deceased. He said that just before his mother’s funeral, Serenity Funeral Home staff informed him and his family that there’d been a mix up and his mother had been embalmed and accidentally displayed at someone else’s visitation. While his mother’s wish was ultimately honored, he expressed how badly he felt for Bennet’s family.

As CBC’s report noted, the website for the funeral home notes that “all reputable cremation providers use rigorous sets of operation procedures and policies to maximize their level of service, which minimizes the risk of human errors.” The site also states that “labels that are used to make sure it is next to impossible to receive the incorrect remains.”

Unfortunately, this kind of mix up happens more often than any grieving family would hope to hear. In 2016, family members planned to file a lawsuit against a Los Angeles funeral home after the body of their son was mistakenly cremated. The incident reportedly occurred after “a technician failed to check the case number on the man’s body.”

Just last November, a Tennessee funeral home came under fire after presenting the wrong body at an open-casket wake. A family member told local News Channel 9 they intended on filing a complaint against the funeral home.

A study regarding post-mortem mix ups within the UK’s National Health Service (NHS) was released in November 2017. It found that of the 132 “serious mortuary incidents” reported between 2002 and 2013, there were nine cases in which the wrong body was buried or cremated. The study suggests that while this type of error is relatively rare, it may be underreported.

The National Cremation Society in the U.S. lists various tracking methods (i.e. a small numbered medical identification disk) to ensure families that their loved ones are correctly identified. As CBC reports, more and more funeral homes in Nova Scotia require identification of the body by a family member before the cremation process takes place.

Adam Tipert, Nova Scotia Board of Registration of Embalmers and Funeral Directors chairman, said the situation was “definitely very concerning” and they are currently working to “find out exactly what is going on.” Serenity Funeral Home’s general manager expressed his sympathies to CBC news, saying they “can't fix it.” They are waiting to hear from the Bennet family lawyer.