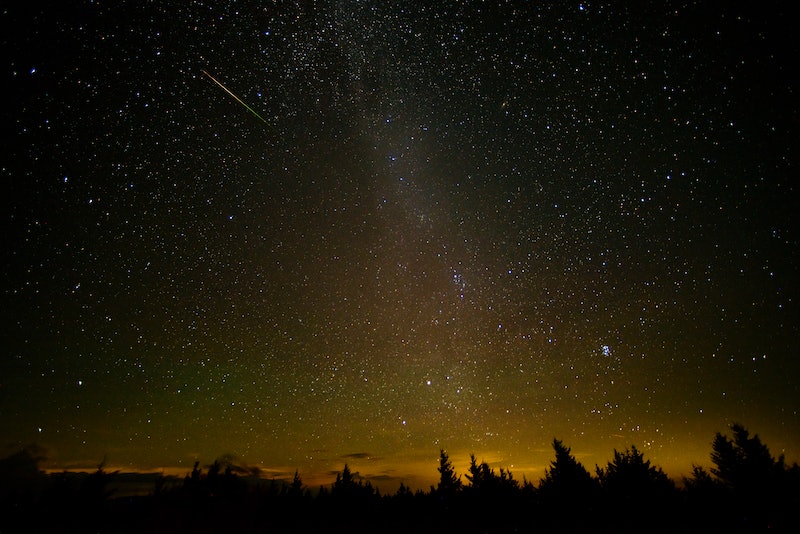 In a galaxy far, far away ... there appear to be a lot of planets; which is far more exciting than it may initially sound.

Over the weekend an astrophysics team out of the University of Oklahoma announced that the first ever galaxy of planets outside the Milky Way has been discovered through a technique called microlensing.

According to Las Cumbres Observatory, microlensing is a method — the only one known to be capable of discovering extremely distant planetary matter — used by astronomers and astrophysicists to observe planets and other cosmic phenomena. The technique depends heavily on chance, as it can only be performed when two stars align at the precise moment in the sky. When the light emanating from the star further away is bent by the gravitational pull of the closer star, that star is more visible and its image smooth.

If it sounds a little hard to comprehend, that is because it is a hard concept to grasp. It is astrophysics. The Observatory employs an image of looking at a picture through a wine glass. If the star that is closer has anything orbiting it, the image captured will not appear not smooth, but will appear with an extra little dot. That is how researchers are able, in simple terms, to gauge the distance between them and objects some billions of lightyears away.

Research teams from places such as the Optical Gravitational Lensing Experiment in Warsaw, Poland as well as Microlensing Observations in Astrophysics (MOA) located in Auckland, New Zealand reportedly release hundreds of alerts per year about moments the starts line up, allowing for further probe and observation from external astrophysicist teams.

Dr. Xinyu Dai, a professor within the Homer L. Dodge Department of Physics and Astronomy at the University of Oklahoma, made the discovery of the galaxy of planets outside the Milky Way with the help of Eduardo Guerras, a postdoctoral researcher. Using a telescope in space controlled by the Smithsonian Astrophysical Observatory called the Chandra X-ray Observatory, the researchers were able to view the planets located approximately 3.8 billion lightyears away.

The roughly two thousand astronomical objects Drs. Dai and Guerras discovered are said to comparable in mass to the moon (which is 7.34767309 × 1022 kilograms), all the way to the mass of Jupiter (which is the largest planet in our solar system at 1.898 × 10^27 kilograms). To put these seemingly abstract numbers in perspective, NASA uses the analogy: "If Earth were the size of a nickel, the moon would be about as big as a coffee bean." In contrast, Jupiter is comparatively much larger than Earth; the gas planet is said to theoretically be capable of holding 1,300 earths within its shell.

This discovery comes at a particularly poignant time, as conversations about the United States' position in international space travel continue, as they have been since President Trump took office one year ago. President Trump's indecision on whether or not continuing to fund and support space travel sparked the creation of, among other things, the Rogue NASA Twitter account. Experts agree the International Space Station (ISS) — an international project started in 2000 that focuses on space travel — will likely be out of commission by 2028, but it remains to be seen how Congress will approach its continuation when the current budget and allocations agreement ends four years prior.

Though space travel and academic astrophysics are two distinct fields, their work goes hand in hand. The scientific developments made by NASA and the International Space Station allow labs like that at the University of Oklahoma to operate (and, like we have seen this past weekend, make unbelievable cosmic discoveries).

Though it is hard to believe, it has been less than fifty years since Neil Armstrong first stepped on the moon; an act seen as groundbreaking (no pun intended) at the time. With science becoming so sophisticated, imagine what scientists will be discovering in 2068.