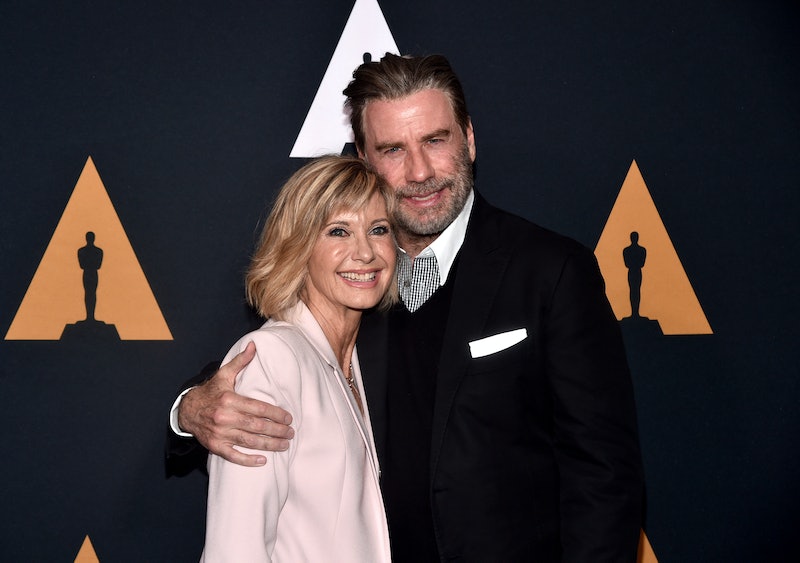 Several adolescent memories (mine included) are centered around the song, "Summer Nights." An absolute classic from the 1978 film Grease, the song dared you not to get involved in the sun-soaked romance between Danny Zuko (John Travolta) and Sandy Olsson (Olivia Newton-John). But what exactly went down between the pair, other than "getting friendly down in the sand" was never totally explored — until now. Deadline reported on Tuesday, April 9 that a Grease prequel is in the works and could answer the age-old question: does a summer fling mean a thing?

Tasked with the investigation is screenwriter John August, who in addition to the upcoming live-action Aladdin co-wrote both the early 2000s Charlie's Angels reboot and sequel. August has is also a frequent collaborator with Tim Burton, penning titles including Big Fish and Charlie and the Chocolate Factory. So, he's no stranger to revisiting a beloved classic.

Per Deadline the potential prequel, being developed at Paramount, will be called, what else, Summer Loving. It will reportedly use "Summer Nights" as a "jumping off point" for the movie, focusing on the fling Danny and Sandy had before reuniting at Rydell High. Fans will remember that Danny and Sandy had *slightly* different memories of what went down on the beach, so maybe a definitive narrative will emerge?

Could Sandy's days in Australia be explored? If Grease opens with a glimpse of the couple on the beach, how does this prequel work around it? How, oh how, will a Rizzo cameo be made possible? Like a rumor spread around the cafeteria, more confirmation is needed before a full reaction to this news is formed.

But as is typical in the aftermath of these kinds of announcements, many on Twitter are wasting no time sharing their opinions. Overall, there's a lot of skepticism about why a prequel to a classic movie musical is needed. Didn't the song the title is based on kind of wrap up the gist? Plus, with FOX's Grease: Live proving to be a pretty resounding success in 2016, yet another update could feel a bit premature.

Several took to Twitter to share their ~thoughts~ on the matter, proving it'll take more info before their hopelessly devoted to a prequel.

But, despite reservations, some Grease fans can't help but be intrigued by what a prequel involving some of their favorite Greasers would entail. After all, the adventures of Rydell High can be hard to resist.

One of the more unintentionally positive discoveries to come from this news is that there are some Grease 2 stans hiding in the shadows. They revealed themselves on Twitter, praising the often maligned 1982 sequel starring Michelle Pfeiffer. To be honest, the movie is a lot more fun than you remember.

No matter which side of the argument you fall on, or if you're content to fire up a re-watch of the underrated Grease 2, there's one thing all fans can agree on. Whoever plays Danny and Sandy will have incredibly large dancing shoes to fill and some pretty passionate fans to answer to.

More like this
Everything To Know About 'The Hunger Games' Prequel Movie
By Grace Wehniainen and Radhika Menon
Kimberly J. Brown & Daniel Kountz Looked Back On Their ‘Halloweentown’ Romance
By Stephanie Topacio Long
All The Sneaky Lindsay Lohan Movie Easter Eggs In Her New Ad, Explained
By Stephanie Topacio Long
The 'Hocus Pocus' Sequel Finally Has A Release Date & It Makes Total Sense
By Shannon Barbour and Radhika Menon
Get Even More From Bustle — Sign Up For The Newsletter