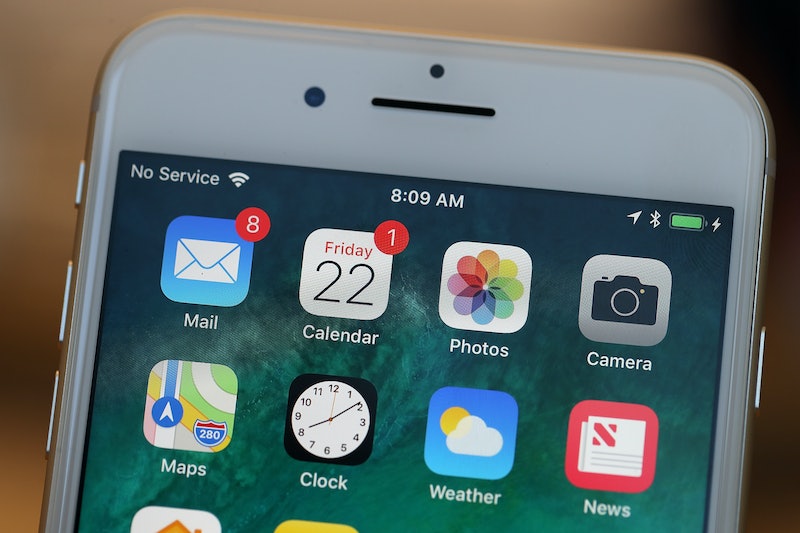 For Apple users, a glitch that results in a concerning privacy issue has just been discovered: A glitch in Apple devices’ new Group FaceTime feature could allow others to listen in on you without your knowledge or consent. Apple is currently working on solving the problem; said the company in a statement provided to Bustle, “We’re aware of this issue and we have identified a fix that will be released in a software update later this week.” In the meantime, Group FaceTime has been disabled for all users. It’s also recommended that users of Apple devices disable FaceTime entirely until a fix is rolled out.

FaceTime video chatting was originally introduced by Steve Jobs himself in June of 2010 during the Apple keynote speech at that year’s Apple Worldwide Developers Conference. At the time, the feature wasn’t as widespread as it would later become; support was initially limited to the also-newly-announced iPhone 4. Support for the fourth generation of the iPod Touch followed that September, while FaceTime for Mac OS X was announced in October. 2011 saw the arrival of FaceTime support for the iPad 2. These days, FaceTime is compatible with most Apple devices released in 2011 or later.

Despite the fact that FaceTime had first arrived eight years earlier, though — which is basically forever in the timeline of technology evolution — Group FaceTime wasn’t announced until June of 2018. When it finally arrived as part of iOS 12.1 in October of that year, it allowed users to hold FaceTime video chats with up the 32 people. In an increasingly spread-out world that relies more and more on technology to shrink the distance without anyone actually having to travel, Group FaceTime was considered a boon.

The recently-discovered Group FaceTime bug, however, throws a wrench into the works, turning a useful feature into a privacy concern (although, again, Apple is aware of the problem and planning on rolling out a fix soon). According to 9to5Mac, who published some of the earliest coverage about the bug, the issue can occur during the dialing process of a FaceTime video chat. If you start a FaceTime call with someone, swipe up while the call is still dialing, tap “Add Person,” and input your own phone number as the added person, a Group FaceTime call will be triggered — and in this Group FaceTime call, you’ll be able to hear sound from the other person you called transmitted to you via their phone’s microphone, regardless as to whether or not they’ve actually picked up on the other end. The targeted person also won’ t necessarily know what’s going on; their own device will still show the ringing Lock screen to them.

A number of outlets were easily able to replicate the issue, among them Gizmodo, Mashable, The Verge, and Bloomberg. What’s more, other users across social media began reporting potential issues arising with video in addition to audio.

Apple has disabled Group FaceTime for all users while they work solving the problem, but if you want to be extra careful, you might want to manually disable FaceTime entirely. To do so on iOS devices, first go into Settings and scroll down to FaceTime:

(You might have to scroll for a while —it’s pretty far down.)

Then just make sure the switch for FaceTime is toggled off. When the switch is set to the “off” position, it will look like this:

So if your switch is green — that is, it does not look like this — FaceTime is still on. Tap the switch to toggle it off.

On Mac desktops and laptops, you can disable FaceTime by opening up the FaceTime app, going to “FaceTime” at the top of the screen, and selecting “Turn FaceTime Off.”

BuzzFeed News also noted that one user testing the bug with an iPhone 8 found that, when "Do Not Disturb" mode is activated on a target's phone, others were not able to access that phone's microphone.

Apple is planning on releasing a software update with a fix for the problem this week, so keep checking your devices to find out when it’s available for download.