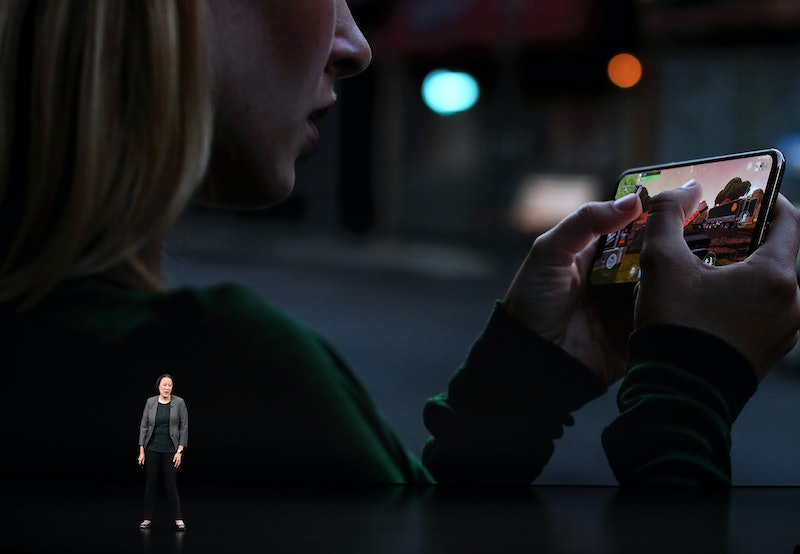 If you've been very patiently waiting for the release of the iOS 12 since the Sept. 12 annual Apple Keynote meeting, you can finally breathe — it's here! Apple's new operating system officially became available for upgrade and download on Monday, September 17. If you've been having issues with your mobile apps and features, or if you literally live for new features, you've probably been looking forward to the update since before it was even announced and you'll want to know how to get iOS 12 on your Apple device ASAP.

While most operating system updates receive a lot of buzz for flashy new features that we didn't have before, this update is more focused on helping to eradicate various issues mobile users might have been dealing with iOS 11. If you were taking notes of the keynote, you might remember that the folks at Apple are promising that with the update, apps will launch up to 40 percent more quickly and the camera functions will launch up to 70 percent faster speed. So no more missed opportunities for candid pictures, in addition to other upgrades in the Photos app that will make not just taking pictures, but sharing pictures more simple. Additionally, Siri is getting an upgrade that's going to make her a bit more dynamic and accurate.

All of that said, there are also a ton of flashy features to look forward to, like Memojis, grouped notifications, AR measurements, and maybe most importantly Screen Time, the online usage tracker that will tell you just how much time you're spending on everything other than your work. These new features are definitely a few of the most exciting things to look forward to in the new operating system, but the promise of faster and more efficient function is definitely at the forefront of interest for me. To get the iOS 12 update, here's what you'll have to do: