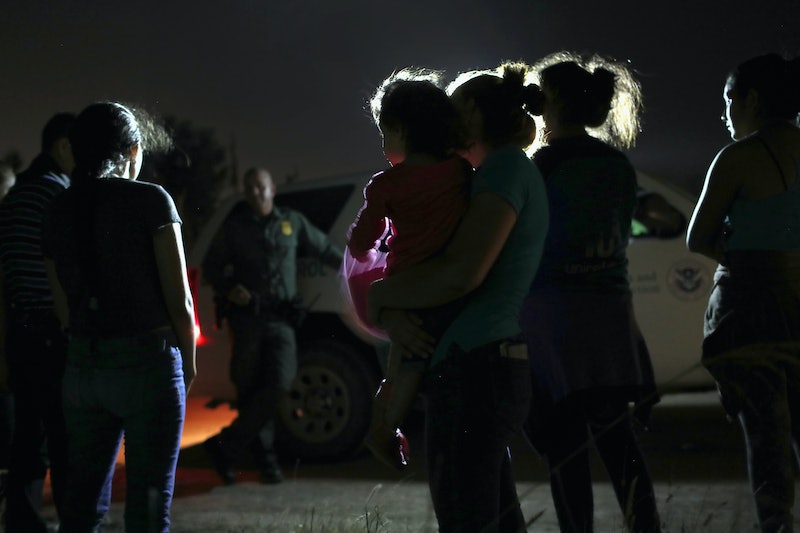 President Donald Trump is trying to use the government shutdown to help him in a fight over asylum rules, but it doesn't seem to be working. According to The Hill, on Thursday a federal judge ruled that Trump's asylum case deadline can't be extended, even though many parts of the government are not currently operating.

In early November, the administration released a new rule forbidding migrants who enter the country illegally from applying for asylum. If upheld, the most protection that these asylum seekers will be able to hope for is a grant for "withholding of removal" from the country and shelter under the Convention Against Torture treaty, according to Vox. The CAT treaty only offers limited rights for those under its protection — asylum grants have a wider scope, including the right to apply for a green card (which confers permanent legal status).

But a federal judge in San Francisco quickly blocked the administration's new policy. The judge's ruling argued that the new protocol violated the Immigration and Nationality Act, which mandates that any foreigner within the bounds of the United States may apply for asylum. The Department of Homeland Security is appealing the judge's order but complying in the meantime.

The government shutdown has further complicated matters because some part of the Department of Justice are temporarily nonoperational. The Trump administration filed a request to extend its deadline to file an opening brief for the appeal, hoping to put a pause on the encroaching due date until the end of the shutdown (Trump has also asked for an extension on a case relating to the legality of his D.C. hotel). But a judge has rebuked this attempt. Here's what you need to know.

1. The Department Of Justice Is Affected By The Shutdown

Federal courts have enough funding to remain open for a few weeks, but federal attorneys themselves are prohibited from working on cases, according to The National Law Journal. "Although we greatly regret any disruption caused to the court and the other litigants, the government hereby moves for a stay of all proceedings," a DOJ order declared on Wednesday.

2. But That Doesn't Affect This Case, The Judge Ruled

However, there are exceptions to that order. Cases may move forward under certain circumstances, including "emergencies involving the safety of human life or the protection of property," the ruling notes.

And that's exactly the rationale that a Washington D.C. judge used on Thursday to argue that the Trump administration may not have an extension on asylum policy case, per The Hill.

In his filing, U.S. District Judge Randolph Moss also noted that many immigration officials are still working during the shutdown: "48% of employees from the Executive Office for Immigration Review are excepted 'to process all immigration cases and appeals involving detained aliens' ... and approximately 91% of Customs and Border Protection employees and 81% of Immigration and Customs Enforcement employees will be retained during a lapse in appropriations."

The Trump administration's appeal will go through the court system as normal instead of experiencing any delays because of the shutdown. The Washington Post reports that the appeal "could take months to resolve."

4. This Is Unrelated To The Administration's New Rules For Those Who Request Asylum Through Legal Channels

Last week, the Department of Homeland Security implemented a new policy for migrants in Mexico who are legally requesting asylum in the United States. Until now, they've been allowed to enter the country while waiting for their claims to be processed. Now asylees are prohibited from entering until their court date at the end of those proceedings; if accepted, they will be able to remain in the United States, and if not, they will be deported to the countries from which they fled. With this and the above order, the Trump administration is trying to make it more difficult for migrants to enter the United States, both illegally and legally.

The government shutdown has been in place since midnight on Saturday. CNN reports that there's no agreement in sight yet for a restoration of funding.