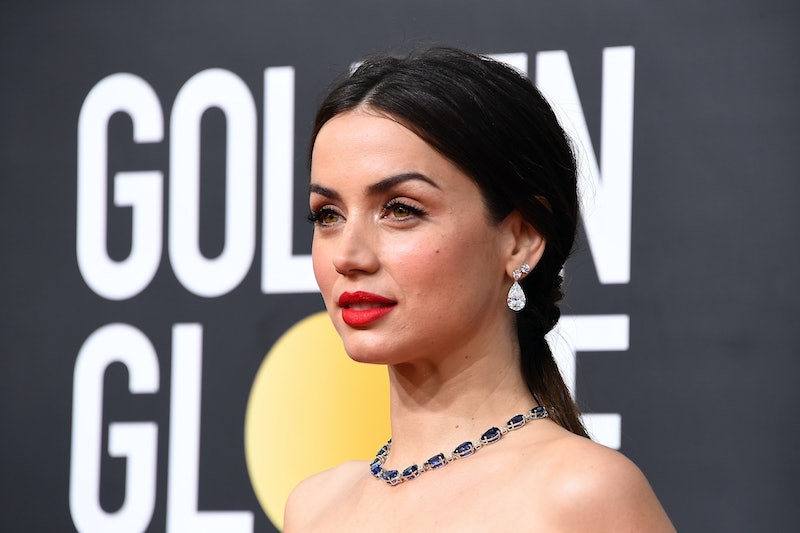 Your knives are out, but are they sharp? You might want to check, because Rian Johnson is reportedly working on a Knives Out sequel that will follow the adventures of Daniel Craig's Detective Benoit Blanc. The director confirmed that he was already working on the film while speaking to The Hollywood Reporter at a pre-Golden Globes party on Saturday, Jan. 4. And Craig, who was nominated for a Golden Globe for his performance in Knives Out, commented on the possibility on the Golden Globes red carpet on Sunday, telling Ryan Seacrest, "I wouldn't say no."

Craig may have played things close to the vest on the red carpet, but the actor apparently can't wait to play Benoit Blanc once more. "Daniel had so much fun doing it, and he wants to do more," Ram Bergman, Johnson's producing partner, told THR. According to the report, the writer-director is hoping to film the potential sequel in 2020, so fans might get to see Benoit Blanc solve a new murder mystery in the next two years.

Johnson has been teasing the possibility of a sequel for months, since before the movie even hit theaters. "If we could get together every few years and do a new Benoit Blanc mystery," he told Entertainment Tonight at the film's premiere in November. "Just do, like, a new cast, new location, new mystery about a whole new set of things, I think that would be a blast."

Unfortunately for some fans of Knives Out, a sequel likely won't mean the return of Chris Evans and his glorious sweaters. Evans played Ransom Drysdale in the film, and — spoiler alert — ended the movie being arrested for the murder of his grandfather. So the odds that he'd return seem low. That said, if Johnson is listening to fans, the knitwear should be back in full force at whatever murder mystery Detective Blanc — AKA "CSI KFC" — tries to solve next.