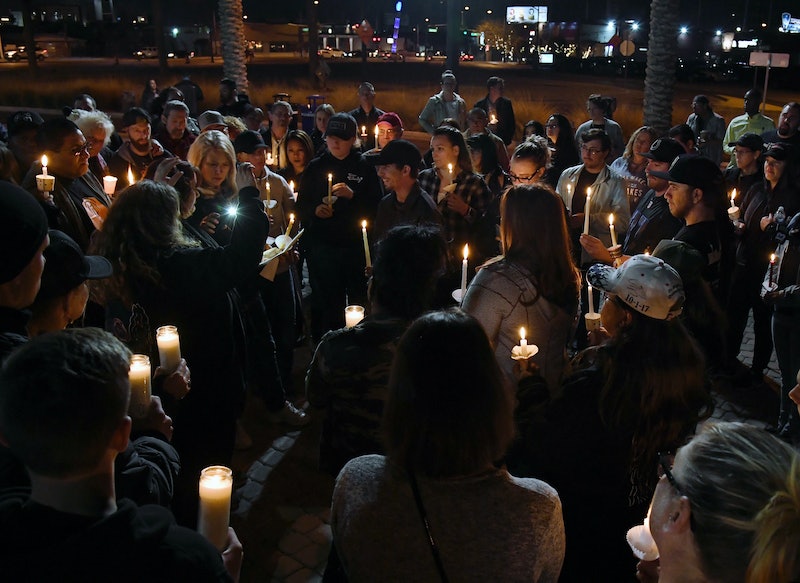 Last year, the deadliest mass shooting in modern American history took place in Las Vegas, Nevada, leaving 58 people dead and hundreds more injured. Now, roughly five months later, a major charitable effort is about to provide some financial aid to the families of the slain victims. Namely, what began as a GoFundMe for families of the Las Vegas shooting victims has raised an absolutely immense amount of money.

The high-profile fundraiser ― which began as a GoFundMe effort to provide financial relief to the families of people killed in the shooting, and ultimately became a full-fledged non-profit ― amassed a total of $31.4 million in the months following the attack. And according to the official Las Vegas Victims Fund website, those donations are about to be distributed.

The families of all 58 of the people killed in the Oct. 1, 2017 attack will reportedly be receiving $275,000, with the money slated to begin going out on March 5. That amount will reportedly also be paid out to 10 more survivors of the attack who were severely physically injured in the shooting, and are suffering from forms of paralysis or brain damage. The trove of funds was raised through more than 90,000 donors in the aftermath of the shooting.

The Las Vegas Victims Fund also released a scale listing how much money would be paid out to injured survivors of the shooting, with the amount varying based on how many days they were hospitalized.

According to the fund, some amount of money will also be paid out to people who were injured and treated on an outpatient basis, although the amount distributed to each person depends on the total number of valid claims.

In short, the Las Vegas Victims Fund brought in tens of millions for the victims' families, both from smaller donations, and bigger ones from corporate donors. As Las Vegas ABC affiliate KTNV noted on Friday, nearly 40 percent of the $31.4 million fund was donated by gambling, tourism, and entertainment interests. The fund's website acknowledges that number, while also touting the donations it received from individuals.

"In an amazing demonstration of generosity and support, more than 90,000 donors – locally, nationally and internationally – contributed more than $31.4 million to the LVVF," the statement says. It also quotes the fund's chairman, Scott Nielsen, who commented on the generosity of the donors.

"The love and support shown for the families and survivors of the 1 October tragedy was tremendous,” Nielson's statement says. "We recognize, however, that money cannot replace a life lost or forever changed due to this tragic event. What the Committee worked hard to do was distribute the gifts given by tens of thousands of people in a way that would help those families and survivors most severely impacted by 1 October.”

The shooting, which occurred at the Route 91 Harvest country music festival last fall, currently stands as the deadliest mass shooting in the modern America era, followed by the Pulse nightclub shooting in Orlando, Florida in 2016, and the Virginia Tech shooting in 2007.

One such shooting took place just last month, at Stoneman Douglas High School in Parkland, Florida. The attack left 17 people dead, 14 students and three more members of the school's staff. Some of the teenagers who survived the attack have been engaging in activism for gun control in the weeks since, which has helped keep issues of gun violence squarely in the national consciousness.