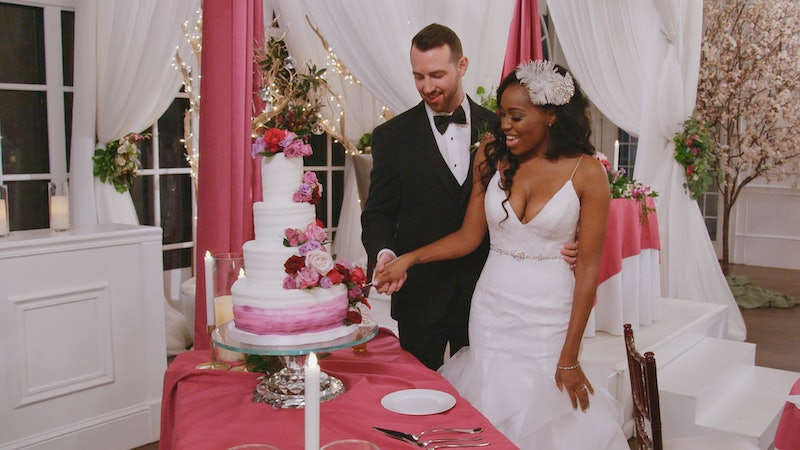 The best thing to come out of Netflix's first season of Love Is Blind is Lauren and Cameron's love story. And now there's a chance a Lauren and Cameron Love Is Blind spinoff could actually happen. Ever since joining the experiment that found them married after only 38 days, Lauren and Cameron have shown that love really is blind — at least for them. It only seems appropriate to honor their romance by giving everyone's favorite couple their very own reality show.

While chatting with E! News on March 4, the two teased that a spinoff about their lives might be around the corner. After being asked what their future holds, Cameron hinted, "We want to share more of our story." E! News pried further asking if that means we'll see them once again on reality TV. To that, Lauren replied, "You never know." Cameron added, "I mean, you said it." Then, like the in-sync couple they are, they shrugged their shoulders in unison.

Lauren also told Variety on March 1 that she's down for a spinoff. "Oh man, I would absolutely love to do that," she said. "Especially because I feel like our story's just starting. Now is where all the good and juicy stuff happens."

Fans started tweeting about a potential spinoff way before Lauren and Cameron even started hinting about it. And it sounds like producers at Netflix are paying attention. A "source close to the show" reportedly spoke with Women's Health and revealed that there are already "discussions" about a show starring the two. A Lauren and Cameron spinoff would definitely be the perfect way to tell more of their love story. But, in the meantime, fans will just have to settle for the upcoming Love Is Blind reunion, and their respective Instagram pages to get their Lauren and Cameron fix.