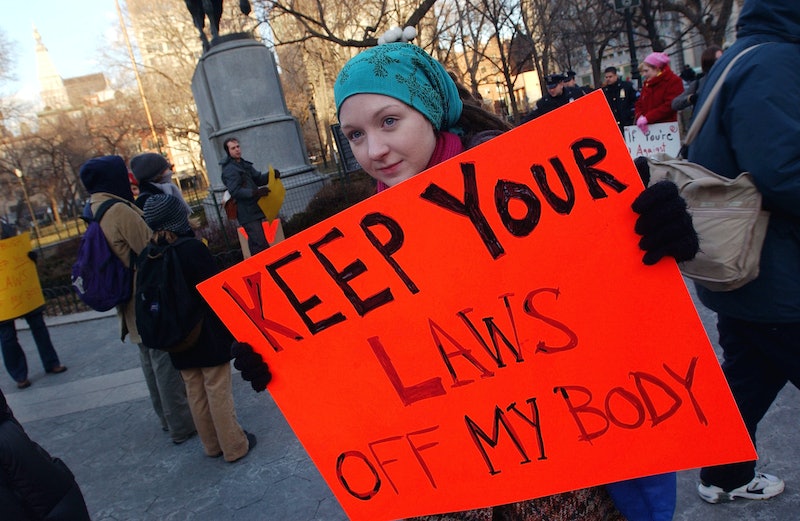 On Monday, a Texas lawmaker unveiled a bill that would impose the death penalty for women who have abortions. Now, the committee chairman who refused to advance Texas' death penalty abortion bill has been the subject of "security concerns," the Texas Tribune reported Thursday.

On Monday, the Texas House Committee on Judiciary and Civil Jurisprudence held hearings on a piece of legislation by state Rep. Tony Tinderholt that would classify abortion as homicide, the Washington Post reported, a crime punishable by death in the Lone Star State. Although hundreds of people testified publicly in support of the bill, according to the Post, committee chair Rep. Jeff Leach, a Republican, released a statement on Twitter Wednesday making clear that Tinderholt's legislation won't advance beyond the committee for a full floor vote.

"My commitment to advancing the pro-life cause is stronger than ever and that's why I cannot in good conscience support House Bill 896 — legislation that subjects women who undergo abortions to criminal liability and even the possibility of the death penalty," Leach wrote. "Trusted pro-life legislators and advocates agree with me that this bill moves our state and the pro-life cause in the wrong direction and it will not be advanced from the House Committee on Judiciary and Civil Jurisprudence."

“My office has been in touch with him regarding some security concerns that we were made aware of,” Collin County Sheriff Jim Skinner told the Texas Tribune. “We’re taking appropriate measures and outside of that, there’s no additional comment.” The nature of the concerns is unclear, and Bustle has reached out to the Collins County Public Information Office and Leach's office for clarity.

There's a deep irony to this development: In 2017, Tinderholt proposed a similar version of the bill, and that resulted in him being placed under state protection after receiving death threats, according to the Texas Tribune. It should be stressed, though, that it's unclear exactly what the "security concerns" regarding Leach are, nor has it been reported that he's facing violent threats.

Tinderholt, who's been married five times, told the Texas Observer in 2017 that he was proposing the bill so women would be more "personally responsible" for their sex lives. That version of the bill wasn't given a hearing.

"Right now, it’s real easy," Tinderholt told the newspaper. "Right now, [women] don’t make it important to be personally responsible because they know that they have a backup of ‘oh, I can just go get an abortion.' Now, we both know that consenting adults don’t always think smartly sometimes. But consenting adults need to also consider the repercussions of the sexual relationship that they’re gonna have, which is a child." Tinderholt's bill would apply no punishment to men who were responsible for a pregnancy that was terminated.

The legislation received pushback not only from supporters of reproductive rights, but also from anti-abortion groups, the Dallas Morning News reported. The Texas Alliance for Life opposed the bill on the grounds that it violates Roe v. Wade, according to the Dallas Morning News, while Texans for Life told the newspaper that it "opposes criminalizing or penalizing women as it only protects the abortionist."