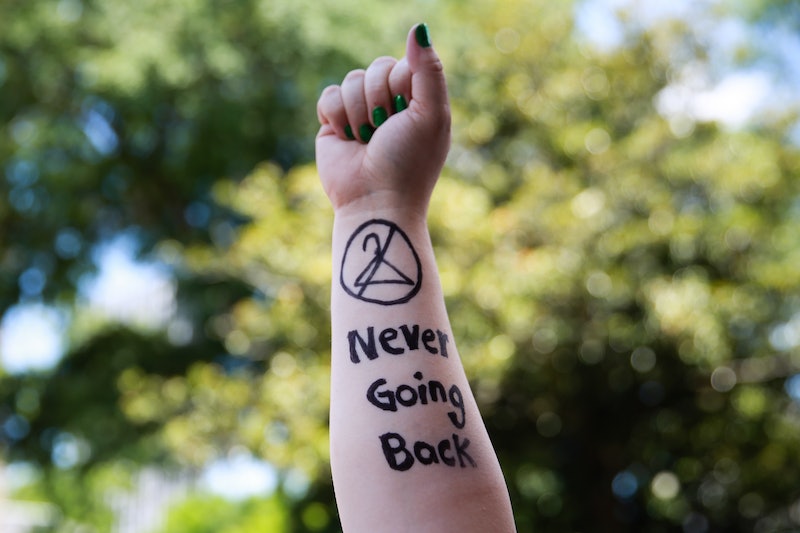 The American Civil Liberties Union (ACLU) and Planned Parenthood have filed a lawsuit against Alabama's abortion ban less than two weeks after Gov. Kay Ivey approved the restrictive law. If left unchallenged, Alabama's near-total ban would become the most restrictive abortion law in the nation when it went into effect in November.

"We've been clear: If you attack our constitutional right to reproductive freedom, we will sue," the ACLU wrote in a tweet announcing the lawsuit.

The Alabama Human Life Protection Act makes abortion and attempted abortion performed at any stage of gestation felony offenses except in cases where the woman's life is at risk. It offers no exceptions for rape or incest and punishes doctors who perform abortions with between 10 and 99 years in prison, according to The New York Times.

"The Alabama legislature has been pushing abortion care further and further out of reach for years with medically unnecessary and politically-motivated restrictions, and this extreme abortion ban shows us just how far they'll go to push their anti-abortion agenda," Alexa Kolbi-Molinas, senior staff attorney for the ACLU's Reproductive Freedom Project, said in a press release Friday. "This law is blatantly unconstitutional, and the ACLU will not stand by while politicians emboldened by President Trump's anti-abortion agenda exploit our health and our lives for political gain."

But supporters of the Alabama Human Life Protection Act have acknowledged that the law is unlikely to hold up in court given the Supreme Court's 1973 ruling in Roe v. Wade, which established a constitutional right to abortion. Rather, supporters of these restrictive abortion bans have admitted their goal in passing such laws is to force a case challenging Roe v. Wade before the Supreme Court in hopes of seeing the landmark ruling overturned. In fact, in a statement released after she'd signed Alabama's new abortion law on May 15, Ivey acknowledged that the ban was likely "unenforceable" but touted it as "the best opportunity" to see the Supreme Court revisit the issue of abortion rights.

"Politicians' stated intention behind Alabama's extreme abortion ban is to directly challenge Roe v. Wade," the ACLU said in a tweet Friday. "We're asking the court today to follow more than 45 years of established precedent and strike down this blatantly unconstitutional law."

Alabama's abortion ban followed similarly restrictive laws barring abortion as early as six weeks, which were passed in Georgia, Mississippi, Kentucky, and Ohio. In announcing the lawsuit filed against Alabama's abortion ban on Friday, the ACLU also revealed that it had already obtained an injunction blocking the ban in Kentucky, filed suit against Ohio's ban, and was preparing to to challenge the law in Georgia.

“Alabama's state motto is audemus jura nostra defendere, which means 'we dare defend our rights.' That's exactly what we're doing here today," Planned Parenthood Southeast President and CEO Staci Fox said in a statement released Friday. "Abortion has been safe and legal in this country for more than 45 years and we aim to keep it that way."