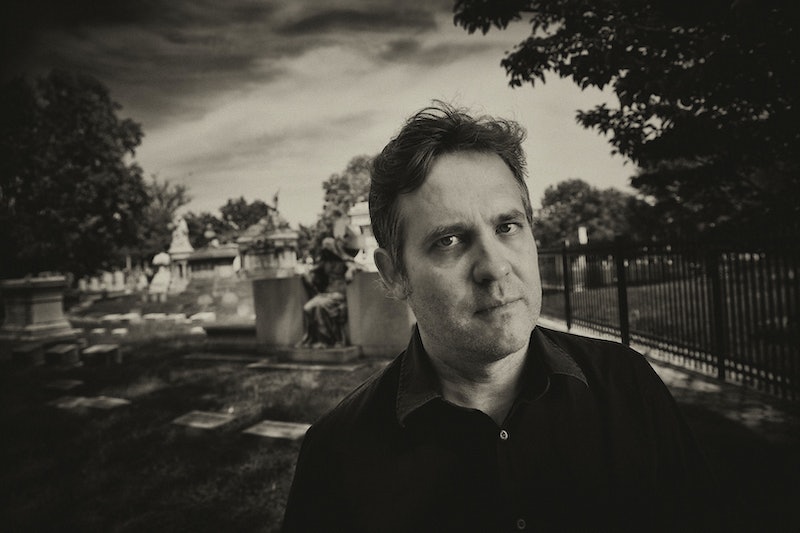 You showed up and voted on Nov. 8, but Donald Trump won the presidency, anyway. You called your representatives, but so far, nearly all of Trump's Cabinet nominees have been confirmed. You've marched and protested, but you're still seeing policies that you disagree with created daily. What's a burned-out Trump resister to do?

Try some magic and a spell or two, according to Michael Hughes.

Hughes is one of many people participating in the #MagicResistance, a loosely connected group of people around the world who plan to add spell-casting to their protest repertoire. Hughes, who describes himself as an "eclectic magician" (he stresses he is not a Wiccan), circulated a now-viral document on Medium that lists the steps of a "Spell to Bind Donald Trump and All Those Who Abet Him." The spell-casting is supposed to occur every waning crescent moon at midnight until Trump is no longer in office, according to the Bind Trump Facebook group, which as of this writing is followed by nearly 8,000 people.

While you could be forgiven for thinking that Bind Trump is a particularly horrifying Fifty Shades of Grey movie tie-in, "binding" is actually a specific type of spell, Hughes tells Bustle. "Binding, essentially, is just a way of pushing back and keeping someone from doing harm," he explains. "It's really like a magical restraining order, trying to shut down some of the incessant stream of bad things that have just been coming from the White House."

It's also deliberately nonviolent, Hughes says. They're not trying to curse Trump; it's more like putting him in time out.

The components of the ritual as described on Medium site Extra Newsfeed include "an unflattering picture of Trump," a Tarot card and the stub of an orange candle (you're allowed to substitute a baby carrot if you can't get your hands on a tiny candle by midnight). The ritual itself involves lighting the candle, burning the picture of Trump, and chanting.

There are Christians, Hughes says, who 'are tweaking it and using it as a prayer instead of a binding spell... it's really become ecumenical, and it's taken on a life of its own.'"

Don't worry, though, if candles and Tarot aren't really your thing. Hughes tells Bustle that the real point of the spell is a "simultaneous, massive focusing of consciousness of people all over the world." There are Christians, Hughes says, who "are tweaking it and using it as a prayer instead of a binding spell... it's really become ecumenical, and it's taken on a life of its own."

Hughes tells Bustle that the flexible nature of the spell also means that people are welcome to participate individually and remotely. One such participant, apparently, is Lana Del Rey, who posted a tweet Thursday night with a list of the dates that the moon will be in waning crescent:

#MagicResistance supporters have interpreted this tweet as Del Rey's confirmation of her participation, since the ritual is set to occur at midnight, and its "ingredients" can be found online.

As atypical as the concept of magic as a form of political resistance is to many Americans, Hughes' justification for creating the spell sounds like it was lifted from an interview at an ordinary Trump protest. "I really feel that we are in a deep existential crisis with this White House and it's time for all hands on deck by all means necessary," Hughes says. "A lot of us feel like we have little choice."

Even people who agree with that sentiment may find the concept of magical protest ridiculous, of course. When brought up with this concern, Hughes counters that the everyday ways in which people appeal to superstition aren't materially different from his sort of magic.

"People will wear their team's jersey, even when it's dirty and it stinks, they won't wash it, because every time they've worn it, their team has won. We're magical creatures by, just, our very nature, we're magical thinkers."

On the other hand, if your interest is piqued by the thought of appealing to otherworldly forces to get Donald Trump out of office, Hughes has some advice for you, too.

"I'd say — just try it. Who knows what you might discover about yourself?"