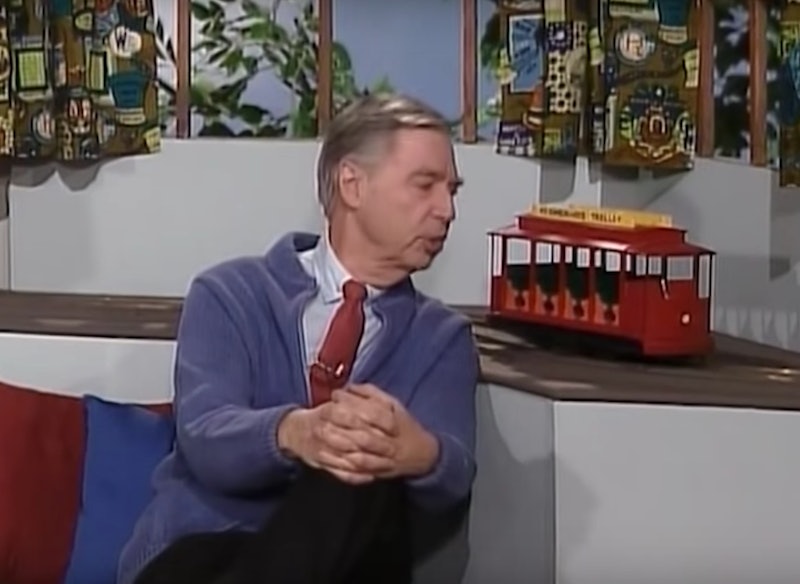 Grab a cardigan and step into your comfiest sneakers, because Trolley’s heading to the Neighborhood of Documentary. A movie about Mister Rogers is happening, y’all. As The Hollywood Reporter reported on Monday, Focus Features has acquired the rights to Won’t You Be My Neighbor?, a documentary about the beloved creator and host of Mister Rogers’ Neighborhood. Directed by 20 Feet from Stardom’s Morgan Neville, the doc will explore Fred Rogers’ career, as well as his dream of making the world a better place. Won’t You Be My Neighbor? is slated to be out June 8, 2018.

Mister Rogers’ Neighborhood, the award-winning children’s series that championed kindness and creativity, debuted in the ’60s and aired on PBS until 2001. This is probably as obvious as Cornflake S. Pecially is corny, but Won’t You Be My Neighbor? sounds like something that fans of the long-running show will want to watch. As Focus Features chairman Peter Kujawski said in the press release,

“Morgan once again avoids making a traditional biodoc and instead takes us behind the curtain to see how Fred Rogers navigated the cultural and social issues of the second half of the twentieth century with his own brand of forward-thinking, compassionate wisdom far beyond his time. Mister Rogers makes us all want to be better people, and we couldn’t be more proud to be a part of telling his story today.”

It’s been almost 20 years since the show put on its indoor sweater and hung up its outside jacket one last time, but the host’s messages are as important as ever. Over the course of the series’ several-decade run, Rogers encouraged viewers to talk about feelings, learn as much as possible, use their imagination, look to the helpers, be kind to themselves and others, and, of course, be a good neighbor. Oh, and he also created a kingdom called the Neighborhood Make-Believe that served as the backdrop to a puppet soap opera. Doesn't get much more timeless than that. Focus Features said in the statement,

“A portrait of a man whom we all think we know, this documentary is an emotional and moving film that takes you beyond zip-up cardigans and the land of make-believe, and into the heart of a creative genius, who inspired generations of children with compassion and limitless imagination.”

And it sounds like Rogers’ story is in good hands. Neville is an acclaimed documentarian whose credits include Best of Enemies, Keith Richards: Under the Influence, and 20 Feet from Stardom, a doc that earned him the Academy Award for Best Documentary Feature. Given the subject of this forthcoming documentary plus who's at the helm, Won’t You Be My Neighbor? has the makings of a lovely movie.

Neville said in the press release,

“The Fred Rogers I discovered making this film is at once comfortably familiar and completely surprising. I believe Mister Rogers is the kind of voice we need to hear right now.”

Could not agree with that more. Man, this already seems so good. Sorry to get carried away six months before its release (or, ya know, before its trailer drops), but King Friday XIII, Queen Sarah Saturday, Lady Elaine Fairchilde, and the other denizens of the Neighborhood of Make-Believe may want to start planning out their award season looks.

In 2003, Rogers passed away at the age of 74. Won’t You Be My Neighbor? really seems like a wonderful tribute to his invaluable legacy, as well as a fantastic way to introduce his work to younger generations. Or as Trolley might say if he were inviting King Friday XIII to see this documentary, ding ding ding.