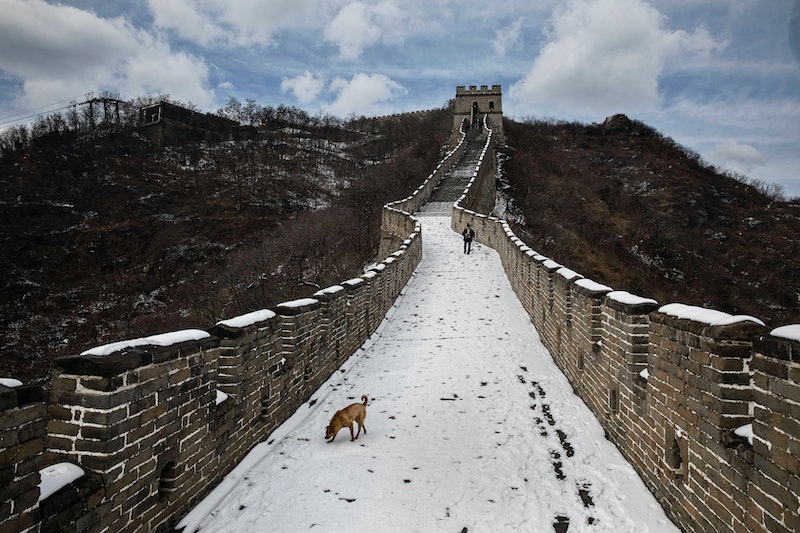 When a travel warning is issued by the federal agency responsible for keeping Americans safe while abroad, it's pretty important that travelers pay attention — even if it pertains to a popular travel destination. So while it may cast a shadow over your travel plans, it's vital to note the new China travel warning urging Americans to "exercise increased caution" when visiting the country.

In addition to conducting diplomacy, one of the State Department's primary functions is to act on behalf of U.S. citizens abroad. If you get into a sticky situation in a foreign country, the State Department is the one that helps you out. In order to prevent those sticky situations from happening, though, the department also issues travel warnings about countries it recommends American citizens avoid, or where they recommend travelers be especially careful.

The State Department released a new warning for U.S. travelers going to China on Thursday that cited "arbitrary enforcement of local laws as well as special restrictions on dual U.S.-Chinese nationals."

The State Department uses four levels of travel warnings, ranging from Level 1 ("Exercise Normal Precautions") to Level 4 ("Do Not Travel"). The Level 1 travel advisory applies to every country that doesn't have a higher level warning, according to the State Department's website. Essentially, it just encourages travelers to be careful when traveling abroad.

The new travel warning issued for China goes just one step beyond that to Level 2: "Exercise Increased Caution." Specifically, the warning states that China uses the aforementioned exit bans for three purposes, all of which could pose a danger to U.S. citizens traveling there: "[compelling] U.S. citizens to participate in Chinese government investigations, [luring] individuals back to China from abroad, and [aiding] Chinese authorities in resolving civil disputes in favor of Chinese parties."

The United States' relationship with China has been in the news a lot lately, what with President Donald Trump's trade war with China and the arrest of Huawei CFO and Chinese national Meng Wanzhou in Canada at U.S. officials' request.

Reuters wrote that the relationship got even tenser after China arrested two Canadian nationals on claims that the two men had violated Chinese law protecting state security. The new travel warning could be, at least in part, a reaction to these events, according to Reuters.

If you do have plans to go to China, the travel advisory page offers guidance on what you should do while there. Keep your American passport and valid Chinese visa on you at all times, and sign yourself up with the Smart Traveller Enrollment Program (STEP) so that the State Department can reach you if something unexpected does happen. And if the worst-case scenario happens and you're arrested or detained while attempting to enter or leave the country, ask police or other officials to contact the closest U.S. embassy or consulate immediately.

Travel to China isn't totally out of the question — but you should be careful to stay safe throughout your visit.