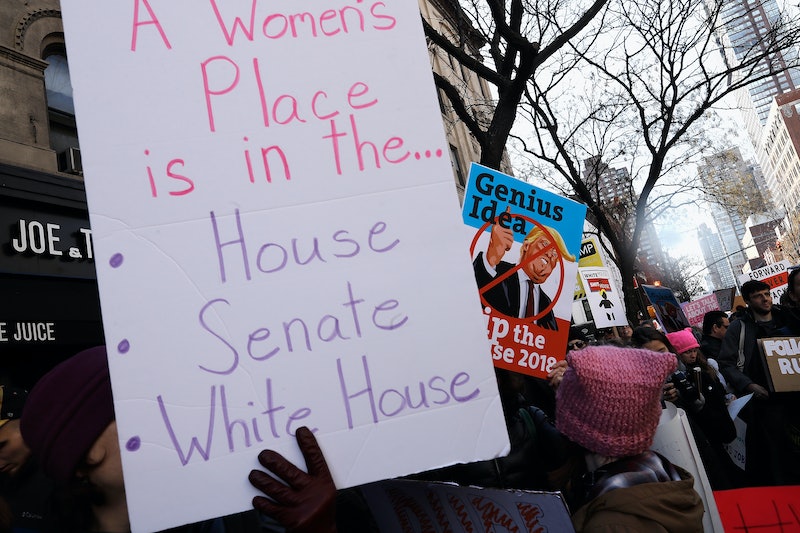 As it is with any year-end season, many are reflecting on the tumultuous year that is 2018. In line with that, a new poll on gender equality in America by NBC News and The Wall Street Journal on Monday showed how little progress women felt in that regard this past year. Only about a third of Americans were pleased with the state of gender equality in the country while almost half of the participants viewed any progress made as "minor."

Authors of the NBC News and WSJ poll asked participants, "Over the last year, to what extent, if any, do you think that American women have made gains in achieving equal rights and opportunities?" Their options were divided up into major, minor, "not sure," and none at all. And the majority of the responses leaned on the not-so-optimistic side.

Only 36 percent of the polled participants in the joint study said that there had been "major gains" for women in 2018. At 49 percent, almost half of the participants said that any kind of progress made toward gender equality had been "minor." In addition to these two groups, 14 percent simply stated that 2018 did not bring any significant change for gender equality at all.

The authors of the poll said that their study carried a margin of error at 3.27 percent.

Of course, the assessment of progress on gender equality also varied along age, gender, and political party lines. For instance, when authors of the study asked participants about the state of gender equality in the past decade, men between the ages of 18 and 49 mostly agreed that there had been "major gains" for gender equality. 55 percent of men above 50 also agreed that significant strides in gender equality had been made during the time.

But when it came to women between 18 and 49, as well as women above 50, those assessments were much more pessimistic. The majority of both age groups believed that minor gains had been made in the past 10 years, according to the poll.

On the GOP's side, however, the majority of the Republican women said there had been "major gains" as opposed to the 43 percent that claimed the opposite.

Some readers may find the poll interesting as it comes amid a particularly noteworthy year. After all, in 2018, many saw women of the #MeToo movement continue to demand justice for the victims of sexual violence not only in Hollywood but also in the tech, political, academic, and other sectors.

On top of that, more than 100 women were elected to Congress during the midterm election in November. In some cases, like that of Arizona and Tennessee, female senators were elected to represent certain states for the very first time.

Perhaps the NBC News and WSJ poll shows that in spite of some considerable progress made in regards to sexual accountability and political representation, people believe more can — and should — be done for gender equality.