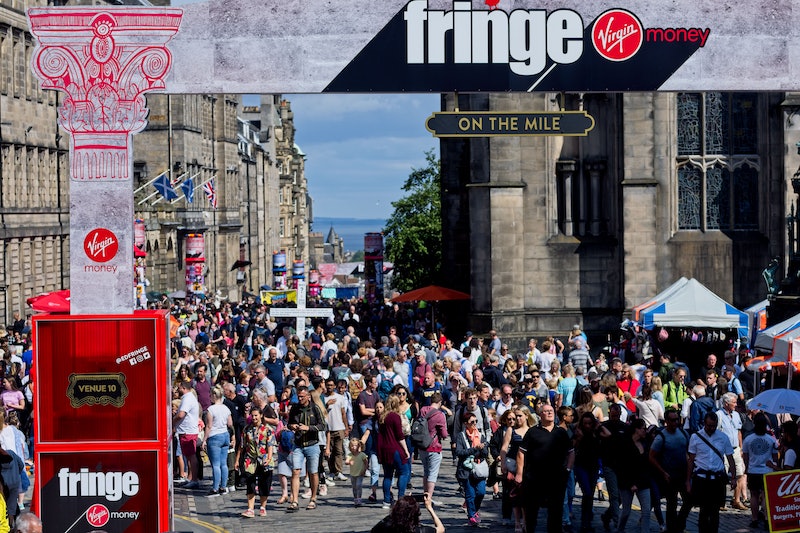 Cornered by men, faced with lewd comments, and experiencing outright assault. These are just some of the sexual harassment complaints female performers at the Edinburgh Fringe festival have reported this year. Per the BBC, actors' union Equity said "more and more" incidents were being brought to its attention.

Several women have spoken to the media about their experiences. One, named Lizzie, told the BBC's Victoria Derbyshire programme that one man "pretended to brush something off my thigh and then moved his hand, quite forcefully, up my skirt." This incident occurred when Lizzie was handing out flyers; an effective way of drumming up customers for festival performances.

Maddie Ross, a member of theatre group Girl Code Theatre, told the Guardian she was assaulted while promoting a play about sexual assaults in nightclubs. The group flyered in their underwear and received mainly positive comments. But, when flyering alone, Ross said one man "lurched at me, grabbed my arse, and said: 'I'm not surprised you get harassed.'" She told the paper: "I was very angry. I saw the irony straight away. It felt ridiculous. This was exactly why I’ve written the bloody play."

Women also reportedly felt pressured into accepting the harassment. Speaking to Victoria Derbyshire, another woman, Fi, admitted to laughing off incidents when "trying to get customers." Another unnamed woman said that unacceptable behaviour even came from show reviewers: "One reviewer would come up to me while I was flyering every day, being overly complimentary and holding a review over my head for the whole run of the Fringe. He made me feel really uncomfortable."

According to the BBC, Police Scotland has not received any harassment reports. But, per the Independent, the union Fair Fringe said the Edinburgh festival has a "huge" harassment problem. "Employers have a responsibility to provide a safe workplace and that includes tackling sexual harassment, whether it's by customers, colleagues, or bosses," a union spokesperson told the paper. "Fringe employers need to take this issue more seriously."

Fair Fringe is asking employers to lay out "a clear sexual harassment policy," per the Guardian, that features a reporting process and methods aimed at reducing incidents.

As human rights site RightsInfo reports, "The Edinburgh Festival Fringe Society said that the reason they have found it difficult to hold abusers to account is because the section of the Equality Act 2010, which made employers take steps to prevent harassment, was repealed in 2013. They say it has made it difficult to hold employers responsible if a performer or venue worker is harassed."

In a statement sent to Bustle UK, the Edinburgh Festival Fringe Society said: "Everyone who is part of the Fringe — be they a performer, member of the crew, producer, audience member, critic, and so on — has the right to feel safe and supported throughout their time at the festival."

The Fringe Society emphasised that they take complaints surrounding sexual assault very seriously and have been in contact with Equity "to better understand the nature of these complaints."

They also pointed to their website, where there is information highlighting the support services and other resources in place for these kind of issues.

"We also circulate this information to the venue network for display and our team is available to offer help with a variety of situations. We would urge anyone who has experienced inappropriate behaviour of this sort to contact Police Scotland directly," they said.

Elsewhere in the UK entertainment scene, a 2018 survey by comedy site Chortle found that more than a quarter of female comedians had been molested by their colleagues. The majority of incidents — two-thirds — weren't reported. Colleagues weren't the only worries. The same survey revealed that 20% of female comics had been molested by a customer, and 15% were assaulted by promoters or another industry member.