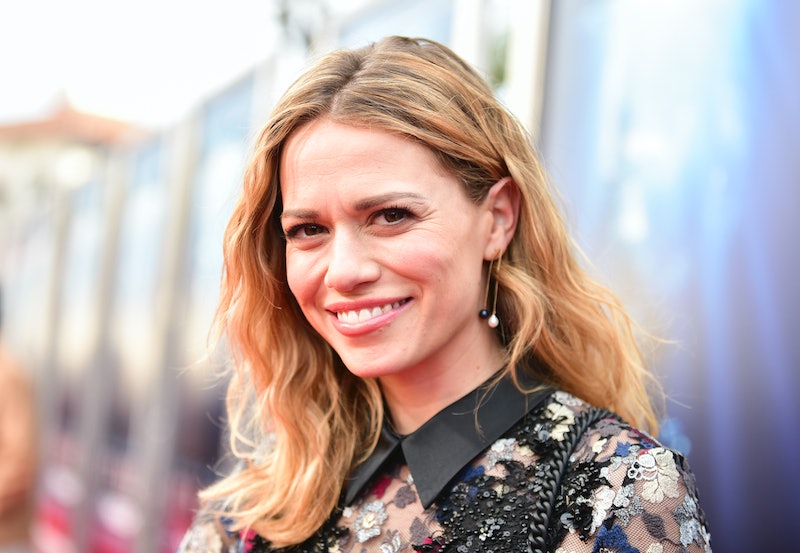 Could a return to Tree Hill be on the horizon amid TV’s reboot renaissance? Bethany Joy Lenz opened up about how a One Tree Hill reboot could happen. On Monday, Aug. 12, Lenz, who depicted Haley James Scott in the 2003 WB drama, appeared on One Tree Hill co-star Jana Kramer’s podcast Whine Down with Jana Kramer to discuss the possibility. Amid the revivals of Gossip Girl and Beverly Hills, 90210, Lenz said that perhaps One Tree Hill shouldn’t be rebooted due to one major issue: the potential compensation of its series creator Mark Schwahn, who was accused of sexual harassment by many of the show's cast members in 2017.

“None of [the compensation] would have to go to the showrunner," Lenz told Kramer of how a One Tree Hill reboot could happen. "The problem is the creator of the show, on any incarnation of the show... that's a big issue. And I think that would be the big thing standing in the way. Unless, he was willing to donate it all or something."

One Tree Hill ran on the WB (later known as the CW) for nine seasons between 2003 and 2012. The series propelled stars such as Bush and Murray into wider fame. In November 2017, TV writer Audrey Wauchope and 18 members of the show's cast and crew publicly accused Schwahn of sexual harassment via Twitter and an open letter.

The women claimed in the letter:

In their interview, Lenz and Kramer also discussed the “very divided set” on the series — one filled with an atmosphere that Kramer felt showrunner Schwahn very much created among the cast, which also included Sophia Bush, Hilarie Burton, Chad Michael Murray, and James Lafferty. Kramer joined the cast as Alex Dupre during the series’ sixth season in 2009.

"It was hard for us, because I felt like when we came on the show, just being so honest, it was a very divided set," Kramer reflected on her time on set. "I feel like everyone already kinda had their places and it was either, are you going to be in the 'A team' or the 'B team?' It was just tricky." Lenz echoed her sentiments. She added, “It would be great to go back and not have it feel like it was divided in any way or when we were going through a rough patch.”

Still, Lenz added that the environment would be healthier if the cast decided to resume the series today. She told Kramer of a potential reboot, “I think we're all just older now and it's so much easier to really enjoy each other's company and enjoy showing up at work, appreciate having a job, appreciate being some place we know we have such a huge fan-base."

While a One Tree Hill reboot would certainly be appealing to fans, Lenz makes a compelling point about the potential roadblocks. For now, OTH obsessives will just have to rely on rewatches of the first nine seasons.