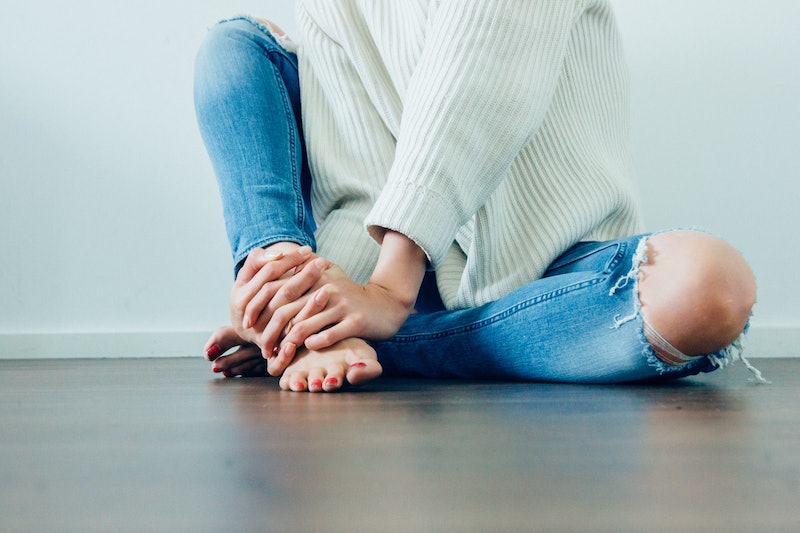 Imani Clovis/Unsplash
By Eliza Castile
May 31, 2017

Emojis may have started out as the language of teenagers and Tinder dates, but these days, everyone and their technologically-challenged grandmother uses them. As they've grown in popularity, they've also expanded in scope — which is why it's so odd that a period emoji is still missing from our keyboards. Although people can send each other tiny, pictorial avocados and choose from a variety of skin tones, there's no way to wordlessly complain about a visit from Aunt Flo, despite the obvious usefulness of a tampon-knife-crying face combination when your uterus feels like it's digesting itself.

If Plan International has its way, though, a period emoji could be in the works. The girls-focused nonprofit has recently launched a campaign asking the Unicode Consortium to add a menstruation-related emoji to the 2018 keyboard. In a Facebook post, Plan International Australia explained that it has created five potential designs: a calendar dotted with blood, three expressive drops of blood, a uterus, blood-stained underwear, and a pad streaked with blood. (The cartoons might sound a little gory, but they're actually as adorable as any other emoji.) Supporters of the campaign can vote on their favorite design, and the winning emoji will be submitted to the Unicode Consortium for consideration for next year's keyboard.

A bloody underwear emoji will definitely make it easier (not to mention cuter) to convey your menstrual misery to your friends, but Plan International has a more ambitious goal in mind for its campaign. Across the world, women and girls are taught that their periods are something shameful. This stigma manifests in different ways, from forcing girls to miss school each month to the repeated censorship of a photo of blood-stained sweatpants on Instagram. If you have a period, you've probably gone to great lengths to hide the fact that you're menstruating.

By creating a period emoji, Plan International intends to take on the shame surrounding menstruation. "It’s time the conversation was made easier," wrote the nonprofit on its website.

An emoji may seem like a small change to make, but talking about menstruation is the first step to changing people's views. If adults can't say the word "period," how are girls supposed to believe that it's totally normal? Whether you love the tiny cartoons or hate them, the emoji is a language in its own right — one that 92 percent of the online population uses. The keyboard includes a wide array of highly specific images, including a clown and a fireball, but it speaks to the strength of the menstrual taboo that there's no way to talk about periods.

Plan International's campaign isn't the only way to normalize periods, but it's certainly one of the easiest. To vote on your favorite design, head over to the nonprofit's Facebook page or website. Who knows? Next year, you might be able to chip away at menstrual stigma, one cartoon pad at a time.