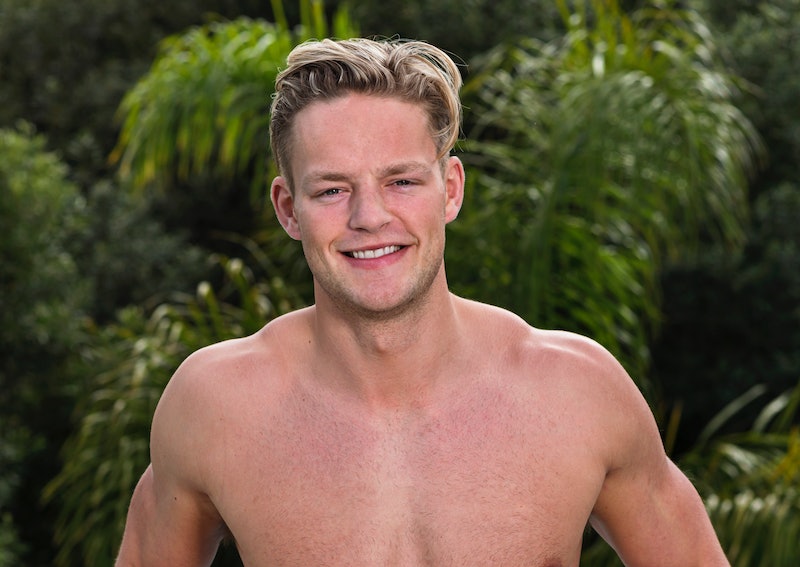 Love Island started on Jan. 12 and viewers finally got to see who they’ll be obsessing over for the next six weeks. Although coupling didn’t go exactly to plan for some of the islanders, we’re starting to see what this new winter version of the show will look like. As we all know, there will be no shortage of stories about the islanders as the weeks go on, but one of them has already hit the headlines pretty hard. A petition to remove Ollie Williams from Love Island has hit more than 20,000 signatures and it’s because of recent revelations that became clear before the show aired over the weekend.

A change.org user named Amey C started the petition which asks ITV and Love Island to remove Williams from the show. Over the weekend, the Sun newspaper released pictures that suggested Williams had been involved in trophy hunting. The pictures appeared to show Williams posing proudly next to the carcasses of a warthog, a water buffalo, and a giant eland. Needless to say, fans of the show were horrified and, at the time of writing, Amey C's petition has garnered 19,425 signatures.

The petition reads, “Ollie Williams, who is due to enter Winter Love Island, has been exposed as a bloodthirsty big trophy hunter. He has proudly posed with an array of dead endangered animals including warthog and water buffalos among other animals he killed in Africa in order to promote his hunting business, Cornish Sporting Agency. The disgusting photos were posted on an Instagram account that was deleted before it was announced that Ollie would be one of the contestants joining the winter series of Love Island in South Africa.” It continued:

New host of Winter Love Island, Laura Whitmore, also saw the news and expressed her feelings towards the pictures. As the Sun reports, Whitmore said, "I saw pictures of one Islander when I came back to London that did really upset me. It did make me sad. I just want to acknowledge that."

It's been said that the images, which were deleted before Williams entered the villa, were posted in order to promote the Cornish Sporting Agency Ltd. It's a private business and is described by gov.uk as providing hunting, trapping, and related service activities. Williams is listed as its director.

Those close to Williams have been quick to defend him and a source told the Mirror, “Ollie is a passionate conservationist and worked with an anti-poaching unit in Mozambique. Conservation is crucial to the survival of animals and as part of that work Ollie was involved in the culling of sick animals who were a threat to the health of the herd. There is a very big and important difference between trophy hunting and the conversation work Ollie has previously been involved in.” However, fans of the series are still calling for Williams to be removed from the villa immediately.

I reached out to a representative from Love Island but I’m yet to hear back from them. The petition aims to reach 25,000 signatures.