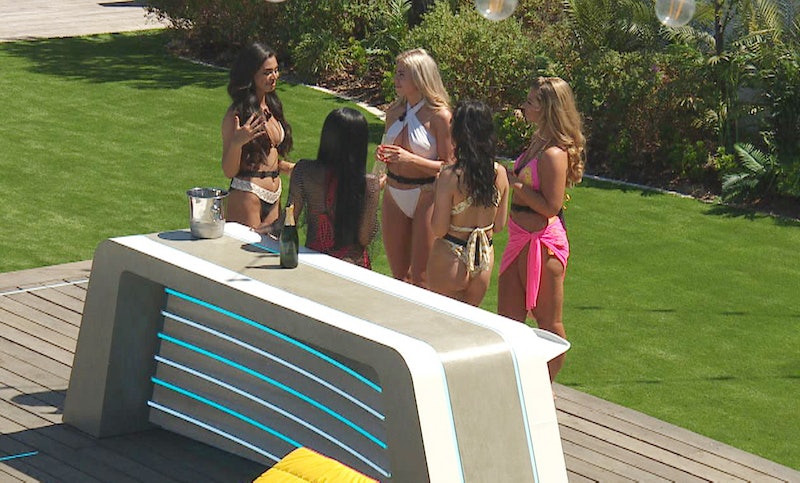 With the arrival of Love Island's first ever Winter edition, the new year looks set to get off to a sizzling start, and fans of the ITV hit are on course for yet another season of sun-kissed drama. Along with a brand new host, the 2020 series will also welcome a fresh lineup of singletons into the famous villa, all of whom will embark on a quest to find their perfect match. But is Winter Love Island 2020 scripted?

As the Express reports, Love Island is not scripted by producers, the crew-members or ITV, and in a statement released during last year's series, a spokesperson for the broadcaster confirmed "the show isn't fixed," following speculation from fans. But has anything changed for the winter series? Well, just to be sure, I have reached out to ITV for comment, and will update with any new information the minute it becomes available.

Although the show might not be scripted, past Love Island contestants have previously given insight into how the reality smash is produced. Speaking to the Daily Star, Tyla Carr, who appeared in the show's third season, revealed that a producer is always on site during filming, and added "they don’t live in the villa with us but someone generally comes in every hour to have a chat."

During an interview with the publication, Carr also claimed that show-makers would often "tell you what they want you to talk about," before adding that islanders are required to inform producers before any important conversations take place — and if cameras missed any of the action first time around "they would call you in and ask you to film it again."

In response, an ITV spokesperson said: "It is absolutely untrue to suggest Love Island is fake," and went on to state that all opinions and relationships are formed without influence from producers — before concluding that "any produced elements are designed to allow viewers to understand what the Islanders are feeling and to help move narrative threads on."

As previously mentioned, Winter Love Island 2020 will mark the debut of a brand new host, and as reported by Bustle, Irish TV presenter Laura Whitmore has stepped in to oversee the villa shenanigans this time around. Whitmore was confirmed as the new face of Love Island following Caroline Flack's departure from the series, which occurred shortly after the former-host's highly-publicised assault charge.

Winter Love Island airs every night at 9 p.m. on ITV2, and with a fresh cast and brand spanking new villa, I cannot wait to see what the new series has in store. Bring it on.

More like this
Twitter Is Saying The Same Thing About 'Love Island'
By Sophie McEvoy
'Love Island’s Kai Fagan Is Very Clear About What He Doesn’t Like
By Sam Ramsden and Darshita Goyal
'Love Island's Tanyel Revan Has A Controversial Dream Dinner Guest
By Bustle UK
Is Winter 'Love Island' Flying Too Close To The Sun?
By Jason Okundaye
Get The Very Best Of Bustle/UK
Sign up for Bustle UK's twice-weekly newsletter, featuring the latest must-watch TV, moving personal stories, and expert advice on the hottest viral buys.