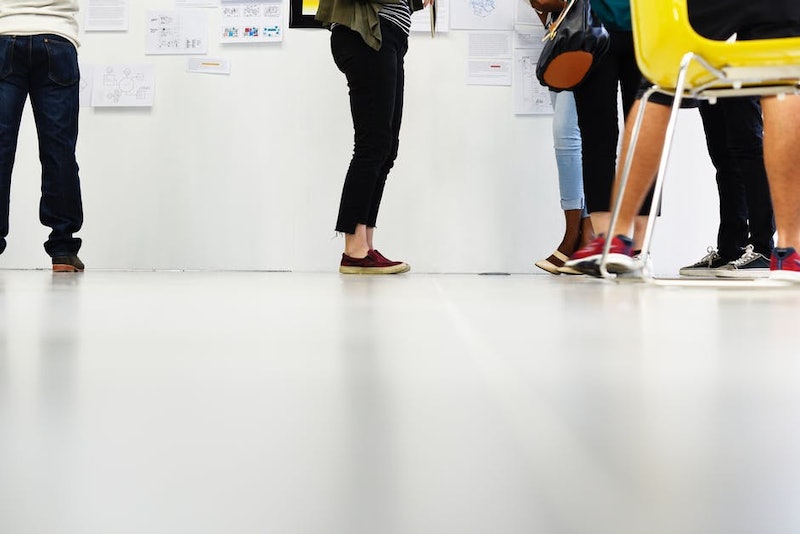 Another story to file under the rapidly expanding category of "shaming young girls in leggings" — a high school principal has come under fire for allegedly saying students shouldn't wear leggings "unless you are a size zero or two."

Heather Taylor, Principal of Stratford High School in South Carolina, was speaking at an assembly for 10th graders on Tuesday, and was talking about the school's dress code, when, according to an audio recording provided to South Carolina's ABC News 4, she reportedly said, "The sad thing is with that, ladies — if someone has not told you this before, I'm going to tell you this now — unless you are a size zero or a two, and you wear something like that, even though you are not fat, you look fat."

Bustle has reached out to Principal Taylor for comment and will update upon response; in the meantime, Taylor has since apologized for her comments, and said in a statement to ABC News 4:

"Yesterday and this morning, I met with each class of the Stratford High School student body. I addressed a comment made during a 10th grade assembly and shared from my heart that my intention was not to hurt or offend any of my students in any way. I assured them all that I am one of their biggest fans and invested in their success. After speaking with our students and receiving their support, I am confident that, together, we are ready to move forward and have a wonderful year."

Taylor's comments sparked an angry backlash from the school community, who accused her of body-shaming young girls who may already be struggling with their body image. One student, Allison Veazy, told a local NBC affiliate:

"It was really hurtful, cause I felt like my size made me look disgusting towards someone in the clothes that I wear. I wear leggings outside of school and I wear leggings when I go and hang out with my friends, and to think that someone would think that I look like a stuffed sausage — that was kind of hurtful.”

"Body shaming teenage girls is uncalled for, inappropriate and unprofessional. When I spoke with her, she talked around the issue, and made excuse after excuse, effectively calling all of the students liars,” one mother reportedly wrote in a Facebook post.

The outrage is certainly justified. Principal Taylor's alleged words probably didn't mean any harm — she's someone who has devoted her career to educating kids, and that's admirable. Still, her comments perpetuate problematic, damaging ideas, like only girls of a certain size can wear what they want, that girls dress for an audience instead of themselves, and that looking fat and/or being fat is bad.

But as much as this story may make you want to bury your head in a blanket and scream "I give up!" it's also indicative of how far we've come. In the past, people made statements like Taylor's all the time, and nobody batted an eye (see: every episode of Mad Men ever.) Taylor's comments may be depressing, but the backlash against them should be cause for some minor celebration. We may still have people perpetuating problematic narratives about girls' bodies, but we also have people fighting back and saying it's not OK to shame girls for what they wear and how they look. A small step forward, sure, but progress nonetheless.