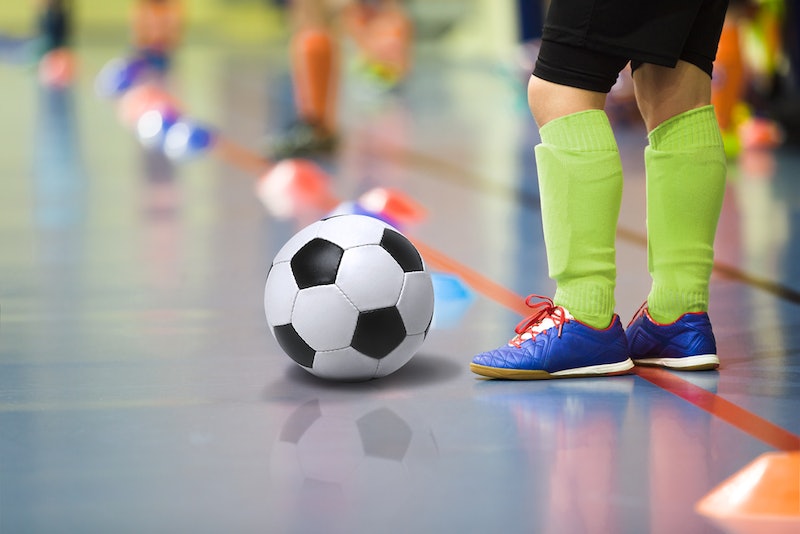 Transgender rights — particlarly those of students — are back on the agenda for conservatives in the South Dakota legislature. Introduced as Senate Bill 49, the legislation would make students play sports on the team that matches the student's "sexual identity noted on the student's certificate of birth." Should the South Dakota anti-trans athlete bill pass, it could lead to yet another round of copycat legislation popping up around the country, experts tell Bustle.

The bill would overturn the current transgender policy put in place by the South Dakota High School Activities Association in 2015, which allows for trans students to participate in sports "in a manner that is consistent with their gender identity." Instead, students would have to play on the team that matches what's listed on their birth certificate — or as determined by a physical examination.

Chase Strangio, Staff Attorney with the ACLU’s LGBT & HIV Project, tells Bustle this isn't really about deciding which team athletes should play on. Rather, he said, it's "more of the same" from anti-trans lawmakers looking to find a new way to discriminate against and exclude trans students.

"This isn't really about having trans girls participate on the boys' side, or trans boys participate on the girls' side. They just don't want trans people to participate at all," Strangio tells Bustle. "It's once again lawmakers trying to manufacture a problem that doesn't exist, undo a policy that's been in place for many years, and disrupt the educational opportunities that trans students might be able to enjoy in South Dakota."

Were the bill to pass, it could be open season in state legislatures across the country. South Dakota was one of the first states to pursue an anti-trans bathroom bill in 2016, when it passed the legislature but was met by a veto on the governor's desk. Shortly thereafter, similar laws popped up in other red states, most famously in North Carolina with HB2.

This could be repeated today with this updated version of anti-trans legislation, Strangio tells Bustle. "This is one of the first places we were able to have an important victory for trans students," Strangio says. "Here we are three years later and we're back fighting the same type of bill. Once one state is successful in passing a bill, you start to see copycat legislation crop up around the country."

The bill's own language would make implementation difficult, Strangio says. The use of "sexual identity" — as opposed to assigned gender — might be because anti-trans lawmakers are so uncomfortable they "cannot even manage to get the terminology correct," he adds. Academics usually use sexual identity to refer to one's sexual behavior or orientation.

More importantly, though, Strangio tells Bustle that the law would be struck down in the courts using arguments based on both the U.S. Constitution and the federal Title IX legislation that prohibits discrimination in education based on sex. Courts have upheld that those protections cover discrimination based on gender identity and expression. The Supreme Court has not yet weighed in on the matter.

The Trump administration changed its stance on these issues when it rescinded Obama-era rules on how to protect transgender students, and the Department of Justice is no longer an ally in any fight against such discrimination. But Strangio says legally the argument is the same, and the ACLU would sue on students' behalf — even if the federal government does not intervene in court or rescind Title IX funds.

The ACLU of South Dakota says that the bill would be the first in the nation to override a high school sports association policy. Some two dozen other states have similar inclusive policies. Sen. Jim Bolin, the bill's state senate sponsor, first pushed for such legislation in 2015 but it didn't go anywhere; the failed bathroom bill took the spotlight the following year instead.

Strangio, while confident the bill would be taken down in a legal fight, hopes it's headed off sooner. "Hopefully we'll be able to stop it, and people can go on living their lives — and lawmakers can go on focusing on things that matter, which is not this," Strangio says.