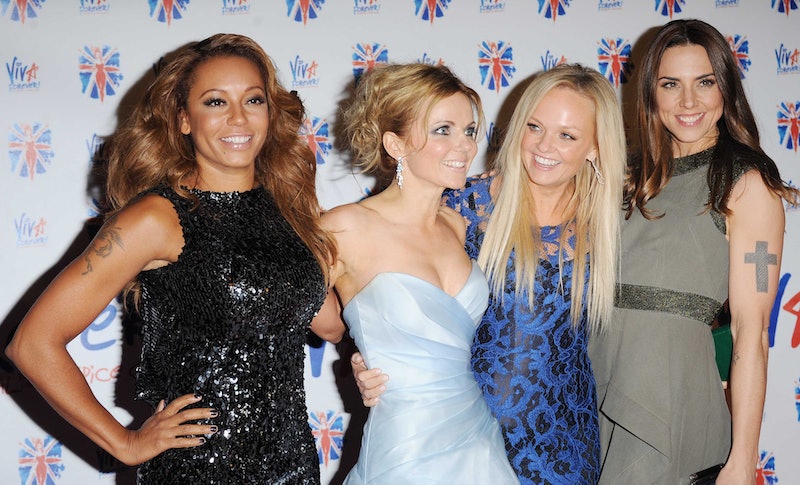 Tickets for the 2019 Spice Girls reunion sold out in record time and left a lot of fans incapable of spicing up their lives this summer. Despite extra dates being added, with a reunion as substantial as this it was inevitable that some fans would miss out. However, there might just be a silver lining to this fiasco as it's been rumoured that a Spice Girls Las Vegas residency might be happening later in the year. Hai si ja, hold tight indeed.

According to The Sun, The Spice Girls alleged residency will begin after the UK tour finishes on June 15. "The girls haven't committed to a full U.S. tour, but their production team think a residency could be the perfect fit," a source told the newspaper. "There is massive money on the table depending on how their UK tour goes." The source also implied if the group were to have a residency, they would be performing at The Colosseum at Caesar's Palace after it's allegedly being refurbed, as the owners "want a flagship act to get punters back once it reopens."

This choice of location is apparently all down to Mel B, as "she has a history with Caesars after her burlesque production, Peepshow, was based there in 2009," according to the source. I have contacted reps for The Spice Girls for further clarification but have yet to hear a reply.

The Colosseum will be closing for construction in July, as travel site Travel Pulse reports, and will reopen sometime in the fall. This would give The Spice Girls and their production team ample time to gear up for a residency, and though the group "all have commitments" as the source told The Sun, "a residency means they could dip in and out when it suits them, rather than having to put everything on hold for a tour of the U.S." Plus, an American tour is a pretty substantial undertaking compared to the UK, so holding a show in one place for an extended amount of time would fit perfectly.

While little has been revealed regarding the UK tour, iNews tried to get some info out of Bunton in a recent interview. When asked whether or not the famous Spice Bus from the 1997 movie will be involved in some way, Bunton replied "Ooh.. Huh... You're gonna have to wait and see." Damn it. Bunton also posted a little snap of her beaming alongside Geri Halliwell and Mel C during rehearsals with the caption "Haven't stopped smiling!!! Happy Easter!" Mel B is notably absent, but according to the Daily Mail she has been rehearsing with the girls via FaceTime due to other commitments.

Anyway, if this actually ends up happening, The Spice Girls will be joining the likes of Christina Aguilera, Lady Gaga, Gwen Stefani, and Aerosmith as they perform their residencies around the strip this fall. I can't think of a more perfect way for the girls to end their 2019 reunion than with an iconic Las Vegas residency, can you?