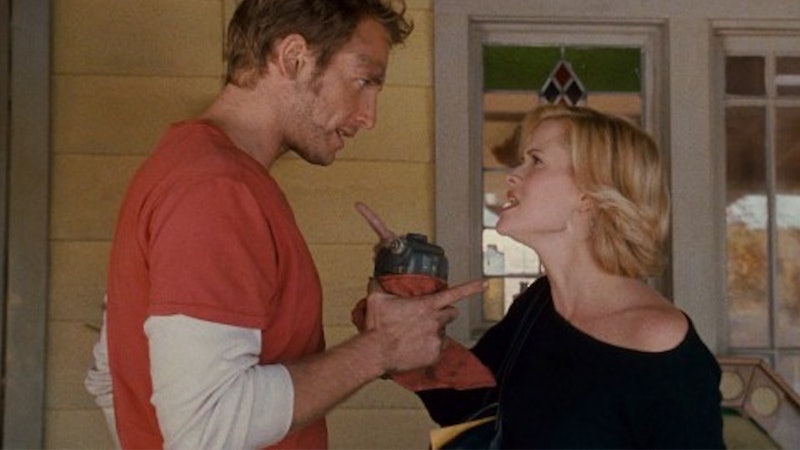 Cue “Sweet Home Alabama” by Lynyrd Skynyrd: A Sweet Home Alabama sequel could still happen, according to star Josh Lucas. As fans remember, the 2002 romantic comedy follows New York fashion designer Melanie (Reese Witherspoon) as she returns home to Alabama to obtain a divorce from her childhood sweetheart and husband (Lucas) in order to wed her new beau Andrew (Patrick Dempsey). The film — spoiler alert — had a very happy ending, but Lucas thinks there could be more to the story. In fact, in an interview with Entertainment Tonight, he emphasized that he would be open to reprising his role in the cult classic, and revealed the one thing the sequel would need to finally become a reality.

"I'm up for it. I know Reese's said she is as well. The director [Andy Tennant] is absolutely up for it," he told ET at the Hollywood Foreign Press Association banquet on Wednesday, July 31. He continued, adding, "I spoke to him about it a couple of times recently. So look, I throw it out to you, Reese… I think the person who's the one to put it together is Reese, so I'm hoping. Who knows? She's got a lot of irons in the fire to say the least. Hopefully this is one of them."

This isn’t the first time Lucas has expressed enthusiasm for a Sweet Home Alabama sequel. In July, the actor revealed that he had reached out to Witherspoon and Tennant on a follow up. “I would love it. I’ve even reached out to Reese," Lucas told Access Hollywood Live. "And I know Reese has said as well — it’s an iconic film… I would love to see where these characters ended up, or where they are at this point in their lives."

Lucas even had some ideas on just how the sequel should pick up — and it’s actually a bit grim. The original film concluded with Melanie leaving Andrew at the altar to reconcile with Jake. So, would the two be married in a sequel? Lucas had some ideas. “I kind of love the idea that they have actually divorced and been divorced for a while and he wants her back,” he told Access Live. “Kind of to realize what he’s lost again and that the kids even, that their lives have separated in some ways, and I think that’s sort of the magic of that story is that there’s an eternal love there.”

As fans very well know, Witherspoon has also expressed interest in a second film. The Big Little Lies star revealed during a 2016 Facebook Live Q&A that she would "happily" join a sequel. “We are not making a sequel that I know of, but if Disney wants to make a sequel they can just call me,” Witherspoon said at the time. “I would happily make Sweet Home Alabama 2.”

To paraphrase a quote from the film: Why would fans want a Sweet Home Alabama sequel, anyway? Um, so they could bask in Jake and Melanie’s love story any time they want.