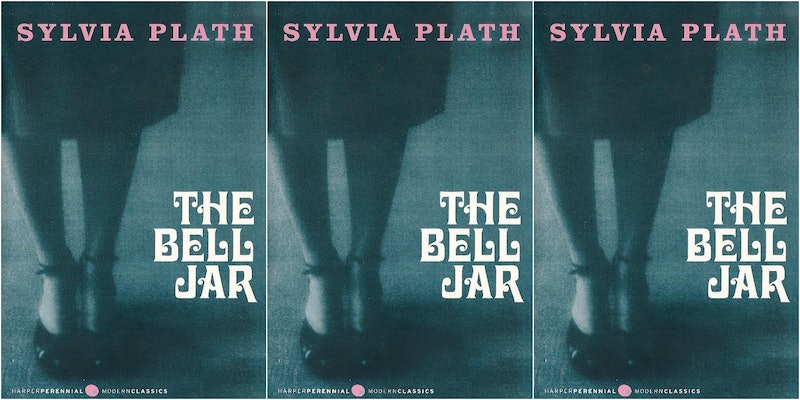 If you love The Bell Jar and Ariel, you're going to really dig this news. A Sylvia Plath short story that's never been published before is finally coming out, and that's big news for fans of the U.S.'s most tragic poet. Faber & Faber will publish Sylvia Plath's never-before-seen story, "Mary Ventura and the Ninth Kingdom," in January 2019.

Sylvia Plath died by suicide in 1963 at the age of 30, just one month after she published her novel, The Bell Jar, under the pseudonym Victoria Lucas. She left behind dozens of poems and stories, both published and unpublished. Plath's posthumous poetry collections, including Ariel and The Colossus, pushed her name to household fame, and secured her place in the literary canon.

One of Plath's previously unpublished stories, "Mary Ventura and the Ninth Kingdom," dates to 1952, when Plath was a 20-year-old student at Smith College. The story will be published by U.K. house Faber & Faber in January as part of its Faber Stories series. "Mary Ventura and the Ninth Kingdom" will appear alongside more than a dozen other stories, including Djuna Barnes' "The Lydia Steptoe Stories," Sarah Hall's "Mr. Fox," Kazuo Ishiguro's "Come Rain or Come Shine," and Flannery O'Connor's "A Good Man Is Hard to Find." Faber Stories is part of a larger program to celebrate Faber & Faber's 90th anniversary in 2019.

This isn't the first time "Mary Ventura and the Ninth Kingdom" has peeked out of obscurity. In 2016, a 22-page, carbon typescript of the story and a rejection letter from Mademoiselle magazine went to auction at Bonhams, where it sold for $799. The auction house called the original version of the story "a self-confessed experiment in ʻsymbolic allegory', employing religious imagery in a secular context."

According to The Guardian, the previously unpublished Sylvia Plath story "follows a young woman as her mother and father hustle her through the glittering halls of a cathedral-like station and on to a steam-filled platform before deserting her in a sinister carriage furnished with wine-coloured, plush seats. There Mary meets a kindly woman who guides her as the train speeds through dark tunnels and a bleak autumnal landscape."

Plath revised "Mary Ventura and the Ninth Kingdom" in 1954, when she changed the protagonist's name to "Marcia Ventura." Faber & Faber will publish the original 1952 version in January. In the Oct. 26 announcement, the publisher stated that the Faber Stories edition will be "the first publication of the original version," of the story, and also noted that "[a]ll initial spellings have been retained."

"Mary Ventura and the Ninth Kingdom" will be available in January 2019.