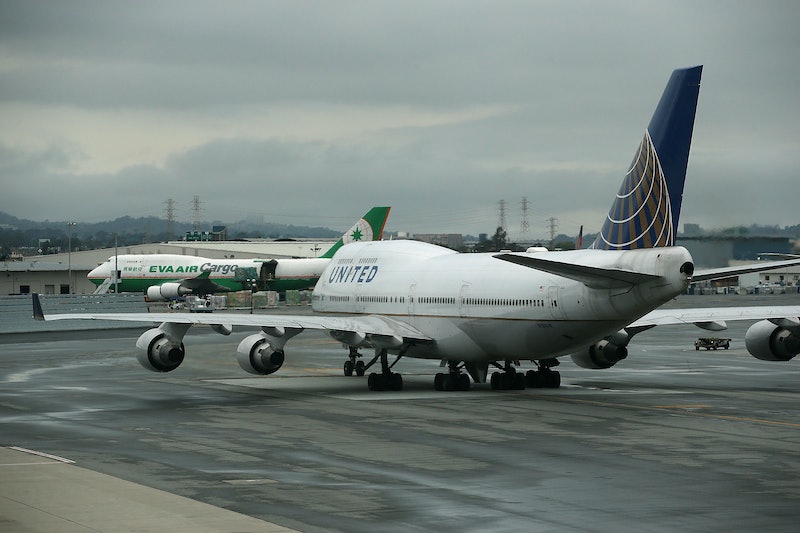 On Monday, video of a man being violently removed from a United Airlines flight after refusing to give up his seat went viral, and people are still pressing for answers about what led to the troubling encounter. A teacher on the overbooked United Flight penned a letter for the Chicago Tribune, describing what he saw and how the other passengers reacted to the scene. The letter suggests that — as upsetting as the video of the bleeding passenger being dragged down the aisle is — it was even more disturbing for those who witnessed the event in person.

Jason Powell, a teacher at Louisville Male High School, boarded the United Airlines flight from Chicago to Louisville on Sunday night with seven students, aged 16 to 18. They were on their way home from a spring break trip abroad.

In his letter, Powell makes clear that the overbooking situation was handled badly from the start. “The disgusting mishandling of the situation included everyone from the rude ticket agent who demanded that this man give up his seat on the flight United overbooked, to one of the officers laughing in the midst of the incident, to the violent, abusive way the passenger was dragged off the plane by the officer,” he writes. “It was the worst possible model for my students, and frankly, was traumatizing to many of us who watched this from such close proximity.”

According to Powell, the incident, as shocking as it was, raises larger questions about dealing with conflict. “What are we modeling for our children?” he asks in the letter. “Are we teaching our children to scream at other people, to jump quickly to force if we can’t get the results we want, to use violence to solve problems, to have total disrespect for other people?”

Describing the event to the Courier-Journal, Powell recalled, “I'm thinking to myself, ‘Nothing good is coming of this.’ … I removed my kids from the plane, saying we don’t need to see this stuff. We got up and left.” Other passengers, including a father with a crying 8-year-old daughter, also left the plane. Eventually — after the plane had been cleaned and blood removed (!) — Powell and the other passengers returned to their seats.

If there is a silver lining to this situation, Powell suggests that it is to be found in the reactions of the other passengers. “I was appalled at how United Airlines and the officers handled the situation, but I was also encouraged by my fellow passengers’ attempts to interfere — despite how helpless we all felt,” he explains in the Chicago Tribune. “Some passengers audibly protested to the officers, some stood and removed themselves from the plane rather than continue to witness the abuse, and one father, while trying to console his 8-year-old daughter, confronted the officer saying, among other things, ‘you ought to be ashamed of yourself!’ These are the models of which I hope our children will see more.”

The outrage sparked by videos of the incident at the beginning of the week continues to reverberate, leading to a drop in United’s market valuation, a controversial response from United’s CEO (followed, belatedly, by an actual apology), and a call from New Jersey Governor Chris Christie to end the practice of overbooking. Only time will tell if the backlash will ultimately make a difference in how United — and the airline industry more generally — conduct their business.