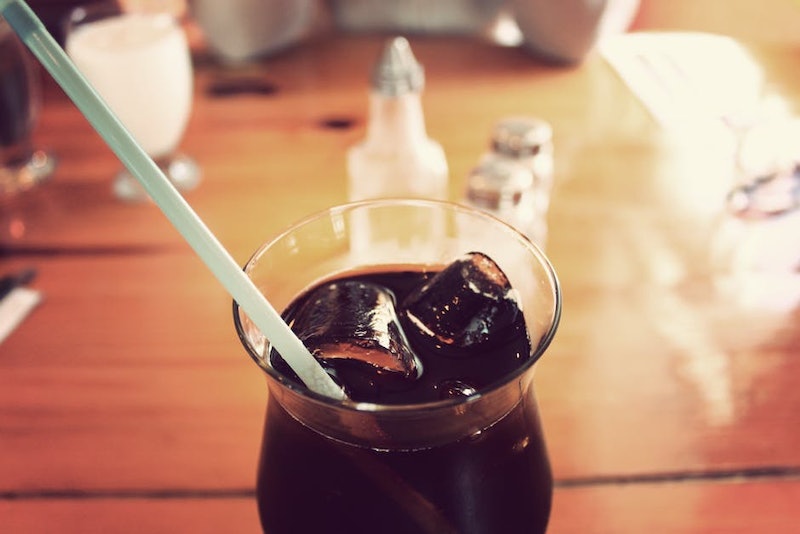 You've read that too much caffeine can have a negative impact on your mind and body, but can it actually kill you? That's what one coroner is saying of 16-year-old high school student Davis Allen Cripe, who collapsed in class one day last month and died after consuming too much caffeine. After drinking a large pop, a cafe latte, and an energy drink in about two hours, the South Carolina teen suffered from a "caffeine-induced cardiac event causing a probable arrhythmia," according to the Richland County Coroner, Gary Watts.

Cripe was an otherwise healthy youngster, with no signs of health concerns that could have been aggravated by caffeine. While he had a history of drinking caffeinated beverages, it was nothing found to be an addiction.

Although everyone responds to caffeine differently, dying because of it is extremely rare, according to Dennis Fowler, Cherokee County Coroner and president of the S.C. Coroner's Association. It wasn't just one drink that led to Cripe's death, but rather the total amount he consumed and the short span of time he consumed it in. Based on average amounts, it's possible that the diet pop likely had more than 54 mg of caffeine, the cafe latte may have had around 72 mg, and the energy drink could've had anywhere in the ballpark of 100 mg of caffeine, depending on the brand and size.

While we don't know exactly how much caffeine he consumed, it's possible Cripe had consumed more than what's considered to be a safe amount, according to numbers from Consumer Reports — up to 400 mg per day for healthy adults, and 45 to 85 mg per day for children, dependent on how much you weigh.

If you notice you're already experiencing some of the negative side effects of caffeine, you may want to hit the pause button. According to the Mayo Clinic, these include migraines, irritability, stomachaches, muscle tremors, and frequent urination. It can disrupt your speech, cause you to hallucinate, and even put you into a state of "caffeine intoxication," where you become disoriented and confused.

What happened to this young man is beyond sad, to say the least. Take care of yourself, folks.