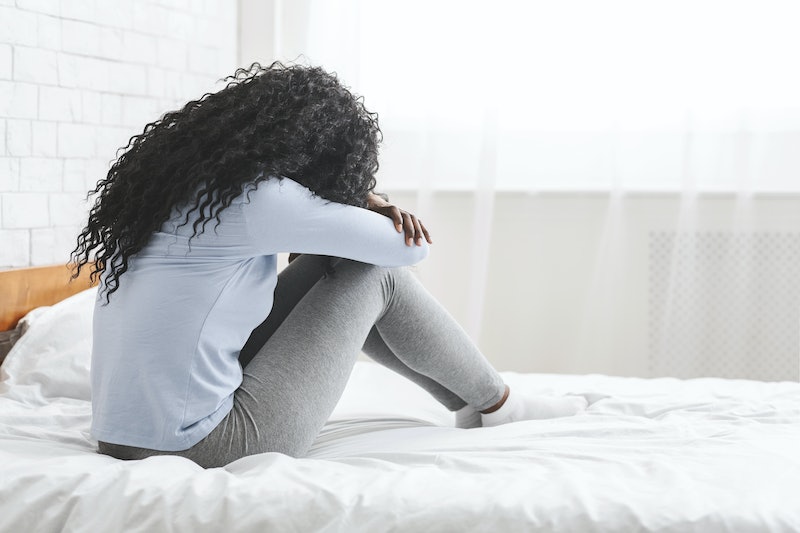 Research for BBC Radio 5 Live has found that more than a third of women in the UK have experienced unwanted violent acts during consensual sex. Acts included choking, gagging, slapping, and spitting.

A great deal (42%) of respondents who had experienced the likes of slapping, choking, or spitting admitted to feeling coerced, pressured, or forced into it. "Consenting to have sex with someone does not lessen the seriousness of slapping or choking someone," Adina Claire, acting co-chief executive of Women's Aid, told the Independent.

"Additionally, with 41 per cent of rapes being perpetrated by a current or former partner, we know that sexual violence is frequently part of an abusive relationship," she continued. "This shows how important it is to educate about consent and respect in relationships, sending out a clear message that all forms of rape and sexual assault are against the law."

Anecdotal tweets have shown that such violence isn't just happening to women under the age of 40, but older women too. What's more frightening is that women are dying because of it. Per the Guardian, campaign group We Can't Consent To This highlighted how "rough sex" defences had increased tenfold in UK courts over the past two decades.

The most recent example came in the case of 22-year-old Grace Millane. A 27-year-old man claimed she had died accidentally during "rough sex", reports the BBC, but he was later found guilty in New Zealand of murdering the British backpacker.

"Grace is now the 59th UK woman to be killed by a man in what he claims to be sex, that she requested, gone wrong," We Can't Consent To This founder Fiona Mackenzie told Stylist. Out of these cases, just 17 men were found guilty of murder, states the group, despite this defence being inadmissible in court.

Women's Aid states that one woman in the UK is strangled to death by her partner every fortnight, reports the Guardian. Susan Edwards — a barrister and law professor who wants to see strangulation recognised as a separate offence — told the paper the violent act "is routinely minimised at every level" in the UK. "Attempted strangulations often leave no visible injury and fatal cases too frequently end in light sentences," she added.

We Can't Consent To This is hoping to push through amendments to the delayed Domestic Abuse Bill to make it clear that consent to sex does not mean consent to violence, injury, or even death. You can support its campaign here.

If you have been affected by sexual violence, Women's Aid offers support and guidance.