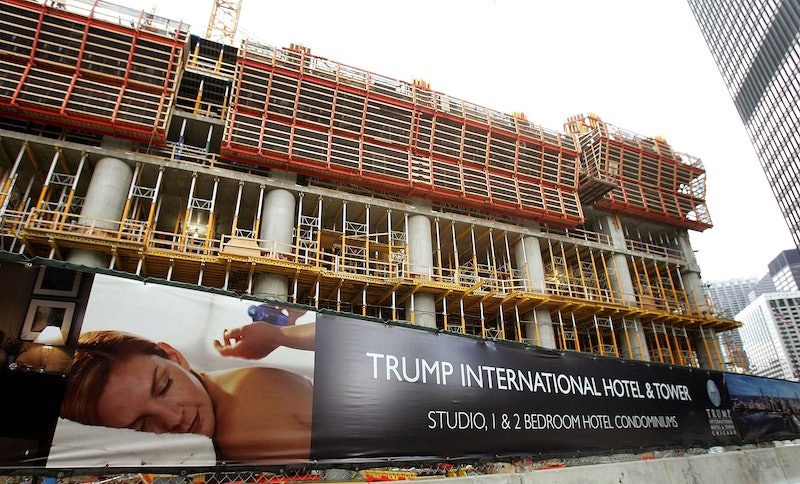 On Monday, Panamanian authorities announced an official investigation into the Trump Organization's Panama hotel, placing the company (and possibly even the president) in a difficult-to-navigate situation with potential international implications.

The Washington Post reported on Monday that there has been an ongoing management dispute between Orestes Fintiklis, the majority owner of the Trump International Hotel in Panama, and the Trump Organization, which was hired to run the hotel years before Donald Trump was elected president of the United States. Fintiklis wants to fire the Trump Organization from its management role, accusing the organization of causing the hotel's declining revenue through supposedly harming its image and managing it ineffectively.

After Thursday, the Trump organization still maintained physical control over the hotel. However, the tension between Fintiklis and the organization prompted prosecutors in Panama to announce on Monday that they're launching an official investigation into the Trump Organization. According to Joshua Partlow and David A. Farenthold of the Post, the decision to investigate was made after Fintiklis claimed he had been "unlawfully blocked from his own property."

The investigation could place the president in an uncomfortable situation. As Jordan Libowitz, a representative of Citizens for Responsibility and Ethics in Washington, described to the Washington Post,

The fear has always been that there would be an international incident involving the finances of the president, and the president would have his loyalties questioned ... What kind of pressure would he be willing to place on them [foreign officials]?

The Associated Press (as published by the Los Angeles Times) also described the concerns of some about the announcement of the investigation and its possible implications. As the outlet put it, "The involvement of a Panamanian government ministry adds a new wrinkle to the dispute. The government's statement says it will request information from foreign entities and governments, 'should they be needed' for its investigation."

Thus far, the White House has not commented on the announcement of the Panamanian investigation or on the ongoing dispute between Fintiklis and the organization. However, the Trump Organization did issue a statement decrying Fintiklis' actions on Monday.

It now appears as though Mr. Fintiklis has either lost patience with the pace of the proceedings which he commenced or simply lacks the financial backing he once claimed he had ... Mr. Fintiklis recently decided to take matters into his own hands and try and physically — and forcibly — remove Trump from the Hotel as manager.

According to the Los Angeles Times, Fintiklis has not responded to requests for comment. The Panama hotel controversy certainly presents a unique challenge for the Trump Organization and, potentially, for President Trump himself.