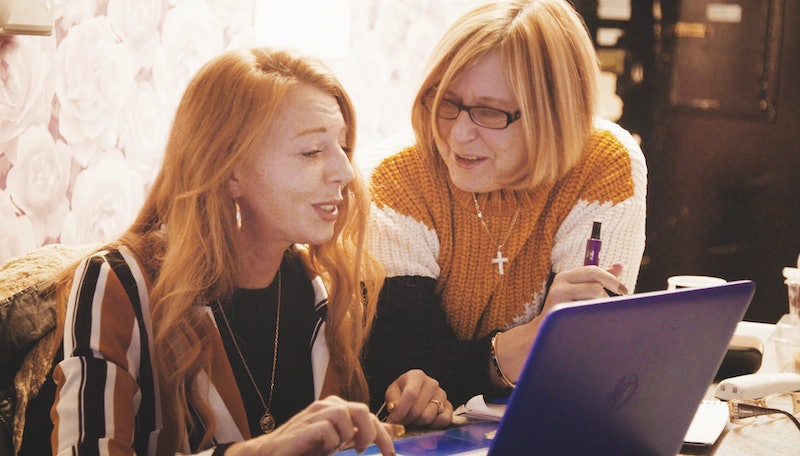 In Great Britain sex work itself is legal. However, lots of related activities aren't. For example, two sex workers working together is classed as a brothel and that's illegal. If you're curious about the world of sex work in the UK, one premier "massage parlour" is about to open its doors to ITV cameras to show you what goes on, what it takes to run the business, the punters they have, and the women that work there. A Very Yorkshire Brothel tells the story of a brothel in Sheffield and the mother and daughter duo behind it. With increased competition, the challenge of keeping customers interested, and even changing the law, this is no normal family business.

If you’ve heard of City Sauna before it may be for a good reason. The premier "massage parlour" on the outskirts of Sheffield city centre appeared in it’s own Channel 4 docu-series A Very British Brothel in 2015. Mother and daughter team Kath and Jenni run City Sauna and are bringing cameras back into their business to show what running their business is really like. Filming over a year, A Very Yorkshire Brothel highlights their fight to legalise brothels in Britain, the difficulties that arise when you’re running a business like theirs, and the workers and clients who pass through their doors.

In episode one of the series, Jenni and Kath visit Holbeck in Leeds. The area is the first decriminalised street prostitution zone in the UK. In a bid to regulate sex work, the council closed down brothels and legalised street sex work there. However, the residents of Holbeck have blamed the changes for rising crime rates and drug abuse. Similarly, Sex, Drugs, and Murder, a BBC mini-series followed the sex workers in Holbeck and they said they too felt more unsafe than ever. Holbeck is just 30 miles from City Sauna and Kath and Jenni visit to hear the stories of violence from the workers, making them more determined to fight for legalisation of brothels, so all workers can be as safe as those at City Sauna.

As well as campaigning for the legalisation of brothels, the first episode see’s Jenni and Kath come up against a pretty common business problem, how do you keep things fresh and new for customers? Kath brings in a new worker, Autumn in for a guest spot at the "massage parlour". They also bring in a sex robot in a bid to get the clients talking. It’d appear that their plans pay off as at the end of the episode a young client with cash to splash comes in looking for service.

While A Very Yorkshire Brothel highlights some of the quirks in running a "massage parlour" in a big city, it also shines a light on the reasons that the owners are fighting to legalise brothels. They may be in the sex industry, but Kath and Jenni come up against the same problems as any other business owners. It’s just that one of their solutions happens to involve a sex robot.