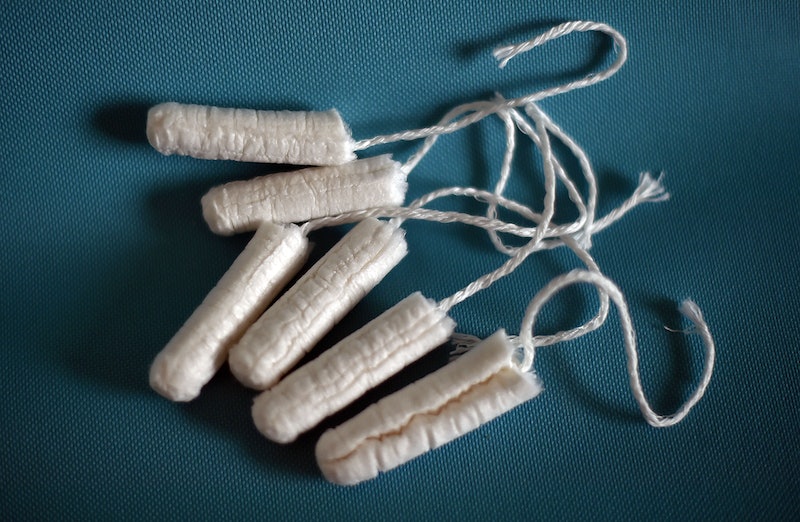 All people who get a period have experienced some kind of stigma, whether direct or not, for something a process their body does naturally. Some people hear all kinds of myths, or even outright lies, about what they can or cannot do during their periods; others are literally kept apart from their community because of inadequate access to menstrual hygiene products. One woman in Georgia was on the receiving end of direct period stigma when she was fired from her job for accidentally leaking when she had her period.

As The Root reported, Alisha Coleman lost her job as a 911 dispatcher in 2016 after she “unexpectedly” got her period and accidentally leaked onto an office chair, leaving a stain. While, because of the stigma around periods, this would be a humiliating situation to find oneself in no matter what, Coleman’s boss took it a step further and threatened her with termination if it happened again. Because Coleman was premenopausal, she wasn’t aware if or when she would next have a menstrual cycle; inevitably, her period took her by surprise again, and she was subsequently fired.

Coleman is now suing her former employer for discrimination, backed by the ACLU. Her complaint states that she was fired for failing to "practice high standards of personal hygiene and maintain a clean, neat appearance while on duty," according to the New York Daily News. While a district court dismissed her original case, she is appealing that decision on the grounds that her dismissal was discriminatory under Title VII of the Civil Rights Act, which prohibits gender-based discrimination in the workplace. “Being fired for unexpectedly getting your period at work is the very essence of sex discrimination,” said Galen Sherwin, Senior Staff Attorney at the Women’s Rights Project of the ACLU, in a statement provided by the ACLU of Georgia.

Put it this way: If Coleman had accidentally gotten a cut at work and bled on her office chair, it would be unthinkable for her to be fired over it. But because of the shame and embarrassment we impose on menstrual blood, and everything related to periods, it became acceptable for her employer to fire her for publicly getting her period.

“Every woman dreads getting period symptoms when they're not expecting them, but I never thought I could be fired for it,” Coleman said in the ACLU statement. “Getting fired for an accidental period leak was humiliating. I don’t want any woman to have to go through what I did, so I'm fighting back.”

A study by the Free the Tampon Foundation found that 86 percent of women have gotten their period unexpectedly. Fifty-seven percent of women felt “embarrassed” by not being prepared with menstrual hygiene products, while 35 percent felt “panicked.” That’s 35 percent of women who unduly experience panic on a monthly basis because of the shame associated with getting a period.

Menstruating can be frustrating enough for people who experience it once a month (although it doesn’t have to be). But blatant discrimination for having your period isn’t adding insult to injury; it’s part of a toxic culture that systematically oppresses female bodies where it should be celebrating them. Cheers to Coleman for challenging the period stigma that gives rise to this kind of discrimination.