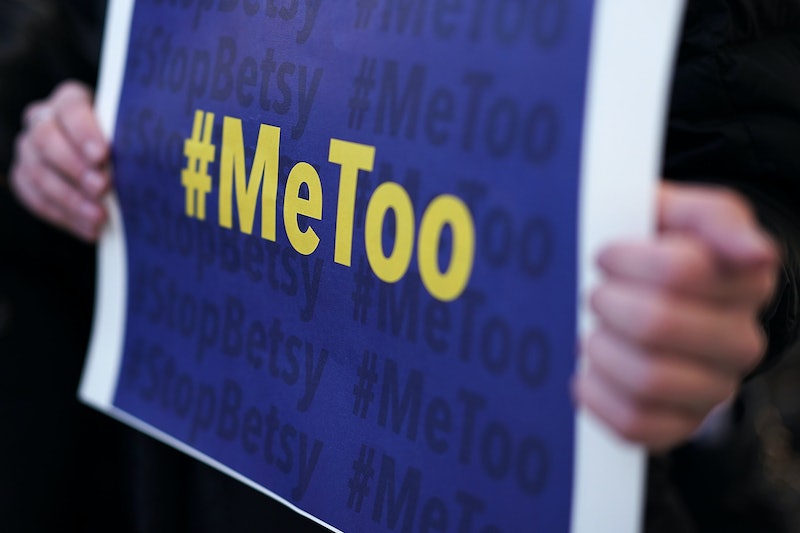 There are still numerous reasons why a survivor of sexual misconduct might hesitate before speaking out, including the threat of retribution from both the harasser and the public. Lauren Greene, one of the women who accused former-Rep. Blake Farenthold of sexual harassment, has a powerful message for other women: It's not an easy process, but it is a process that will end one day.

“You can rebound from this,” Greene told BuzzFeed News in an interview she gave well over a year after her story first made headlines.

Greene would know something about rebounding, as she says coming forward had a significant negative effect on her career. She accused Farenthold of sexual harassment and creating a hostile work environment in 2014, according to an interview she gave with Politico in 2017. She sued Farenthold over the alleged sexual harassment and ultimately won a $84,000 settlement — which was paid with taxpayer funds.

Farenthold has repeatedly denied Greene's accusations. However, he did say in a video posted to Facebook in December 2017 that he was "profoundly sorry" for the "unprofessional" nature of his workplace and his occasional angry outbursts, according to The New York Times. After initially saying in December 2017 that he would finish his term and not run again, Farenthold resigned in April.

“It’s definitely turned my life upside down. It’s been a tough road," Greene told Politico in the heat of the #MeToo movement, referring to the backlash from speaking out.

"Emotionally, it was tough. Professionally, it’s been hard to figure out next steps. And it’s definitely had an impact on my career," she told Politico.

At that point, she told Politico that she had been "blackballed" because she went public with the story — not just in Washington, but across the country. She had experience as a communications director on Capitol Hill, but she says she couldn't get a job in communications even after she moved to South Carolina.

Having this background makes it all the more empowering that only about a year after she told that story, Greene has now gone public with a more reassuring take.

“There were times that I would wonder ... Am I just going to be forever associated with embarrassing headlines and, you know, being an accuser?" she told BuzzFeed.

"And I hate that it took the #MeToo movement to kind of feel that empowerment that I found personally," Greene continued. "But I’m so glad it happened because it helped me move on with my life, and like I said, you kind of get back to where I was before all this began.”

Greene isn't alone in that feeling, according to BuzzFeed. Congress finally passed a bill changing how it addresses sexual harassment claims, and it's now waiting for President Donald Trump's signature. While Washington's culture hasn't yet changed in a meaningful way, the women who BuzzFeed talked to said this has brought some measure of gratification. Greene certainly wasn't alone in receiving backlash after speaking out about her alleged experiences with sexual harassment, but the overarching view was that none of the women regret their decisions.

“It’s a matter of wanting to tell my story, because if you don’t then things get distorted, and you want to tell your own story,” Marion Brown told BuzzFeed. In 2017, Brown publicly alleged that former-Rep. John Conyers had sexually harassed her (allegations that Conyers denied). “I’m OK. I want people to know that I’m OK. But I feel like what was done to me was not right.”