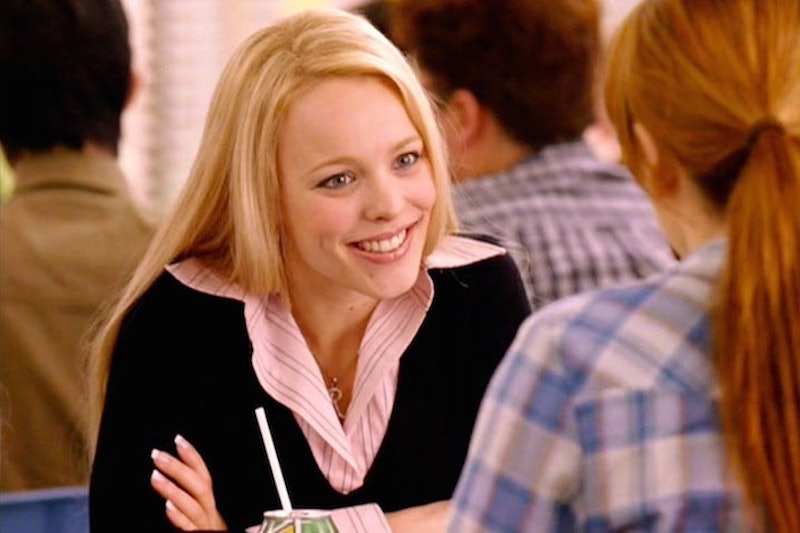 Hooooly guacamole, everyone, I'm gonna need you to pause what you're doing and settle in for what is either the unsolicited sequel to Mean Girls, or quite possibly an abandoned Gossip Girl script that someone found hidden in a closet with your old Ugg boots and layered tanks. A woman wrote into NY Mag's "Dear Therapist" column with a letter seeking advice about her less attractive friends. Does that seem like an exaggeration? Because she quite literally writes, "I have two friends who would not be described as conventionally attractive. They are both longing for a partner and a family, and as we all get farther into our 30s, this is becoming increasingly problematic."

The author of this letter, whom I will refer to here on out as Regina George, explains in the beginning that she is a "reasonably attractive woman in her early 30s" and "part of a female friendship group that would typically be considered very attractive, slim, and fit." She goes on to explain that she's in a loving relationship with her partner, that she and her ~conventionally pretty~ friends are still frequently hit on, yadda yadda (that last part was me editorializing because I am so salty that I belong inside of a Ritz cracker right now). After a full paragraph of letting everyone know that she has a wonderful human existence, she moves on to the heart of her #woes: "My problem is this: I have two friends who would not be described as conventionally attractive."

But don't worry, everyone. These concerns are nothing if not benevolent. Regina George goes on to explain that "All I want for them is to be happy," and that it saddens her that they are stuck in their positions. She explains that she's been empathetic, but she's "repeated the same encouragement so many times that I have nothing left to say."

The letter starts to veer back toward some form of humanity at the end, with her explaining how she tries to lift her friends up and put them on a path where they don't "suffer," but then the letter ends, "I hope I don’t sound heartless when I say they are not 'pretty' but I think their success rate in the dating world speaks for itself — they often can’t get past a first date. Please help me!"

Before you try to dissect this on the approximately 1,000 levels of Not OK that this is, have no fear — Lori Gottlieb of "Dear Therapist" already set her straight. Through an extremely telling story of a former client named Holly, she explained to the author of the letter how her friends are hardly the problem; how her views about them, and their subsequent projection of them, are the real problem at work. "You may not realize how damaging your 'I feel so sorry for them' attitude is," she writes. "While I have no doubt that you care about your friends, there’s a difference between compassion and pity, and if you pity them, even privately, you send them a message that’s not just damaging but untrue."

It's an unfortunate dynamic that the writer of the letter is perpetuating, but a persistent one — the internalized idea that other women are competition, and the unconscious and toxic ways that manifests. Gottlieb also makes some extremely impacting points about beauty and "worth," particularly in regards to the original author's concern about them finding "loving partners".

"I want to suggest, DTH, that you question your assumptions about men and women and attraction and worth," Gottlieb writes, "not just for your two friends’ sakes, but also for yours."

To check out the full and infuriating letter and Gottlieb's response, go to NY Therapist's page here. In the meantime, in the words of Kevin Gnapoor, "Don't let the haters stop you from doing your thang."