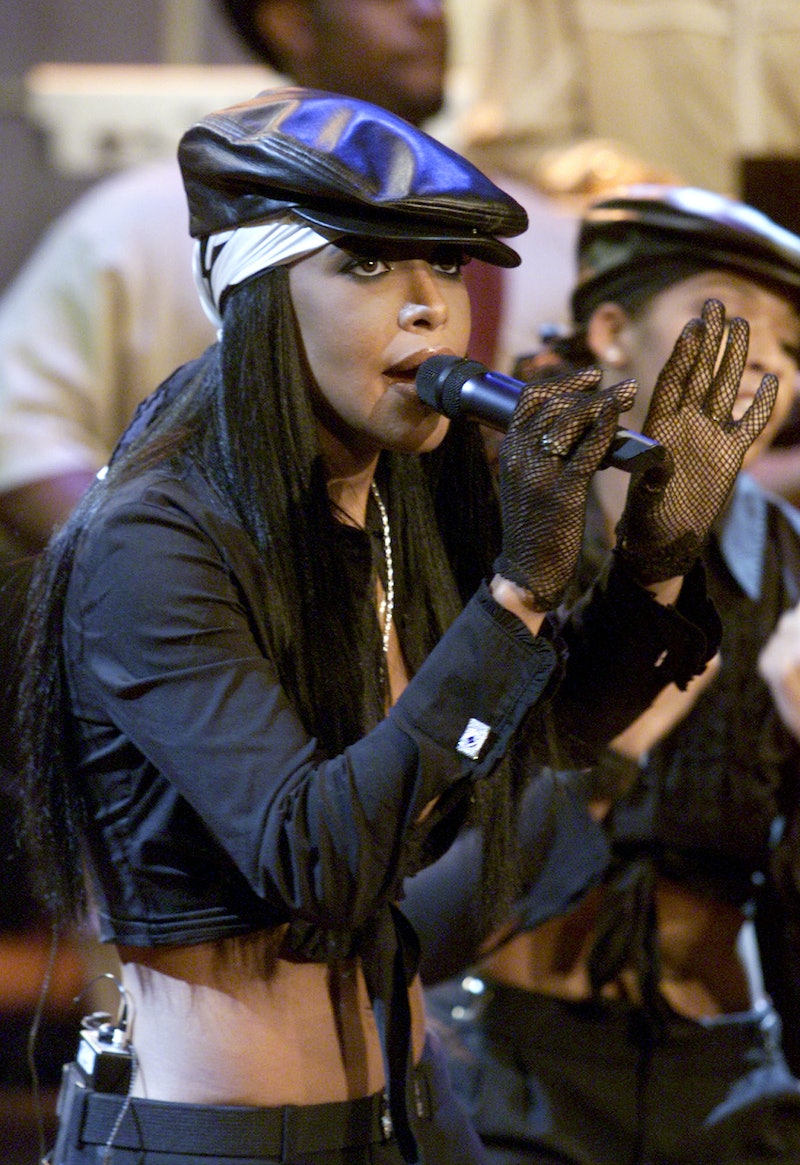 Lifetime's three-part documentary Surviving R. Kelly is premiering on Jan. 3 and Aaliyah's mother, Diane Haughton, released a statement about allegations tied to her late daughter's legacy and alleged relationship with singer, R. Kelly. The notoriously private Haughton's Jan. 2 comments come in response to claims from R. Kelly's former backup singer Jovante Cunningham, which allege that she witnessed Kelly, whose full name is Robert Kelly, and Aaliyah engaging in “things that an adult should not be doing with a child.”

In her statement, Mrs. Haughton explained,

"The woman and so-called back up singer in the forthcoming “Surviving…” documentary that describes seeing, meeting or ever breathing the same air as my daughter, Aaliyah, is lying and is a liar. My husband and I were always on tour with her and at interviews wand every place she went throughout her entire career. Whoever this woman is, I have never seen her before anywhere on planet earth, until now."

After revealing that she had no prior knowledge of Cunningham, Diane Haughton continued:

"These lies and fabrications cannot be tolerated and allowed to be spewed from the forked tongues of saboteurs of Aaliyah’s legacy. My daughter only wanted to realize her dream of sharing her talent with the world, and give her all performing on stage, and in from top the camera for the fans she adored so much. She realized that dream, thanks to those true fans who still love and support her legacy unconditionally to this day. Shame on all those involved in this project who thought it kosher to drag Aaliyah’s name into a situation that has nothing to do with her today. Once again, this will not be tolerated. Sincerely, Diane Haughton."

During her interview for the Lifetime documentary, Jovante Cunningham recounted an alleged moment shared between Kelly and Aaliyah while on a tour bus, saying, "We were out on the road with Aaliyah ... on a tour bus they're really aren't any confined spaces ... there are bunks." In her detailed account, Cunningham explains that there were a group of people playing "pranks" on one another by pulling the curtains back on each other's bunks. She continued, "when the door flew open on the bus, Robert was having sex with Aaliyah."

Cunningham later becomes emotional while explaining, "I feel protective of Aaliyah right now, which is why I can't get my mouth to say ... He destroyed a lot of people. A lot of people who loved and adored him. And I can't stress to you enough how people are still suffering behind the things that went on 20 years ago." She says that moment started "the break up of everything and everybody" amongst the group working together, citing that many people's "emotions were challenged" after witnessing the alleged intimacy between Kelly and Aaliyah.

The background of Kelly's alleged relationship with Aaliyah is something that neither Kelly nor Aaliyah's family have never discussed publicly. However, accusations of misconduct by the 51-year-old singer have been in circulation since 1994 when, at the age of 27, he reportedly secretly married 15-year-old Aaliyah, according to several sources, including The Cut. Rolling Stone reported that their marriage was annulled that same year, and the pair reportedly agreed to never discuss its details which included claims that they allegedly used a falsified marriage certificate indicating that she was 18 at the time. In 2016, Kelly refused to talk about the marriage with GQ "out of respect for Aaliyah, and her mother and father," whom he says personally asked him not to. Aaliyah tragically died at the age of 22 in a plane crash on Aug. 25, 2001.

In addition to the details surrounding Kelly's alleged relationship with Aaliyah, the forthcoming six-hour docuseries will include over 50 interviews from others with close knowledge of Kelly, including his ex-wife, Drea Kelly, according to Rolling Stone. Scheduled to air in three installments: Jan. 3, Jan. 4, and Jan. 5, Surviving R. Kelly is just one of many projects seeking to call attention to Kelly's alleged sexual misconduct.

Buzzfeed is reported to be joining forces with Hulu to release a documentary on the singer in the near future, according to The Hollywood Reporter. The #MuteRKelly movement, which according to Billboard, was created in 2017 by Oronike Odeleye and Kenyette Barnes has also made efforts to get record companies, streaming services, and others in the entertainment industry to sever business ties with the Chicago-born artist.