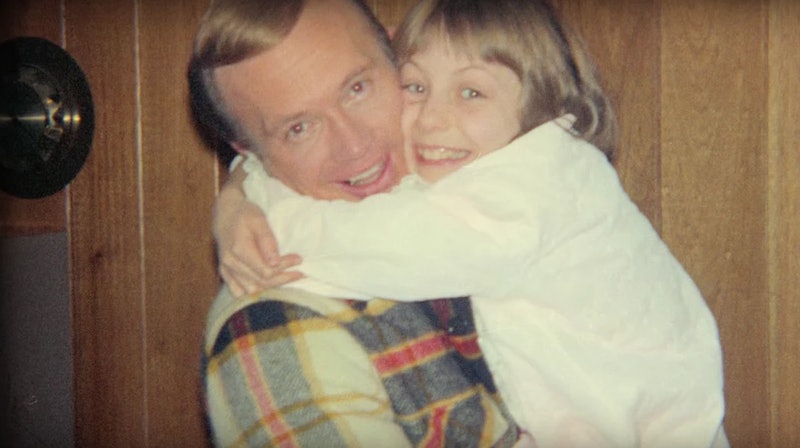 If you haven't seen Abducted in Plain Sight, you've almost certainly heard people talking about just how shocking the true crime documentary really is. The 90-minute programme details how the Broberg family were manipulated by their friend Robert 'B' Berchtold, leading to him abducting their daughter Jan not once, but twice. Director Skye Borgman has spoken out about the reaction to the documentary, revealing that several things had to be left out. So will there be an Abducted in Plain Sight sequel?

Speaking to Vanity Fair, Borgman said she is hoping to make two more films about the family. The documentary briefly mentions their religious beliefs, but the director believes the Brobergs' membership of the Church of Jesus Christ of Latter-day Saints allowed them to forgive Berchtold again and again.

She hinted that it could be "a trilogy of films," adding that another focus could be "grooming and brainwashing — there are really interesting, intricate things that happen, and we touch on both of those topics in the documentary, but I’d love to explore those more."

Borgman revealed to Vanity Fair that she first learned about the '70s saga from a book, Stolen Innocence, that Jan and her mother Mary Ann wrote. She also noted that several important elements — including both Mary Ann and her husband Bob's affairs with Berchtold — were left out of the original book, but will be included in a forthcoming edition.

A number of things were also left out of the documentary, which originally released in 2017 and first aired on Netflix in January. According to Borgman, these included expert comment from a forensic psychologist "who explained how much work it takes to actually kidnap somebody" and a meet-up between Mary Ann and Berchtold.

The story of how Berchtold ingratiated himself into the Broberg family and convinced 12-year-old Jan to believe that she had to embark on a relationship with him in order to save the planet may sound like a made-up Hollywood tale, but it's actually true.

Let's not forget the fact that the documentary shows Jan's parents allowed Broberg to sleep in their daughter's bed, were persuaded to drop kidnapping charges against him, and continued to let him see her after the first abduction.

Although the story occurred decades ago, its unbelievable nature is still relevant now, Borgman told Vanity Fair. She and the Broberg family want to make people aware "how people can enter [their] lives" and how they "need to protect [their] children a little bit more.

"I think that’s something that Jan and her sisters have all been advocates for — getting the word out there that it can happen to somebody close to you, by somebody you know. Don’t trust everybody. Don’t trust anybody, almost.”

Abducted in Plain Sight is available to watch on Netflix.

More like this
Sophie Turner Will Star As A Notorious British Thief Next
By Darshita Goyal
Kate Winslet Spoke Candidly About Filming A TV Series With Her Daughter
By Sabah Hussain and Sam Ramsden
'Bridgerton' Fans Will Love ITV’s 'The Confessions of Frannie Langton'
By Maxine Harrison
Our First Look At 'Vardy V Rooney: A Courtroom Drama' Doesn’t Disappoint
By Bustle UK
Get The Very Best Of Bustle/UK