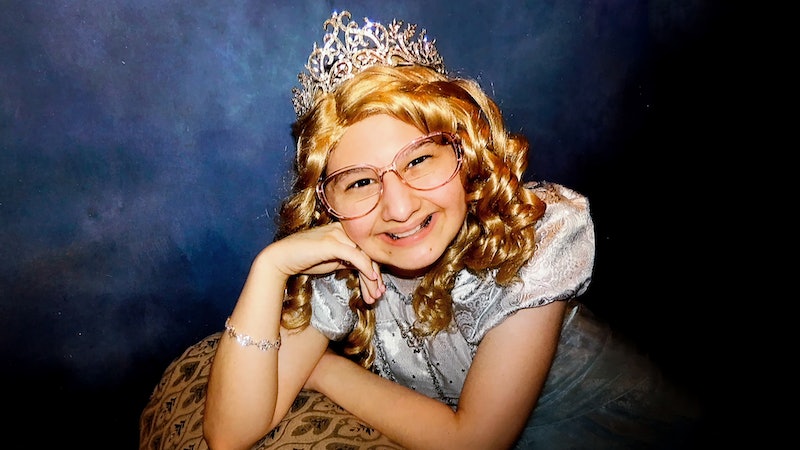 If you're a fan of gritty crime documentaries, listen up because HBO's Mommy Dead and Dearest is going to be your next fave. I assure you, you will be completely engrossed in this story. The documentary explores the murder of Dee Dee Blanchard at the hand of her daughter Gypsy Rose Blanchard and the twists and turns in the way it all unfolds are truly shocking.

The story first made headlines back in June 2015, when Dee Dee Blanchard was found stabbed to death. As People reports, Gypsy Rose, who was thought to be wheelchair bound and very ill, was not in the house where she lived with her mother, but eerily her wheelchair was left in the house. She was found a couple of days later at her boyfriend Nicholas Godejohn's house in Wisconsin, 600 miles away from the crime scene.

You can watch Mommy Dead And Dearest on Amazon Prime TV, Youtube and Google Play. The story will also be the subject of new Hulu film The Act with Joey King as Gypsy Rose and Patricia Arquette as Dee Dee.

According to Rolling Stone, Dee Dee had convinced her daughter and everyone around her that Gypsy Rose was suffering from a multitude of illnesses. Gypsy Rose told ABC news she thought she was seriously ill with ailments including leukaemia, muscular dystrophy and brain damage which left her with the mental capacity of a seven year old.

Rolling Stone reports Dee Dee allegedly created a false birth certificate to make her daughter seem younger and made Gypsy Rose needlessly take medication and undergo surgeries. All the while, Dee Dee was said to be collecting donations from Make-A-Wish Foundation, the Ronald MacDonald House and more.

According to Marie Claire, doctors now suspect Dee Dee had Munchausen syndrome by proxy. Fabricated or induced illness, as it's known in the UK is described by the NHS as "a rare form of child abuse [in which] a parent or carer, usually the child's biological mother, exaggerates or deliberately causes symptoms of illness in the child."

In the trailer for the documentary there are a number of striking images showing the extent of Dee Dee's suspected Munchausen syndrome by proxy, and they're pretty harrowing. There's a few of Gypsy Rose in a wheelchair, and Gypsy Rose using a breathing mask.

In the trailer you can hear Gypsy Rose saying "people thought of us as the sweetest mother daughter in the world". However, Gypsy Rose allegedly suffered a significant level of psychological and physical abuse at the hands of her mother. According to court reports in the New England Leader, Gypsy Rose and boyfriend Godejohn conspired to murder Dee Dee, although it Godejohn committed the physical actual act. Both Gyspy Rose and Godejohn were found guilty of murder.

Since her imprisonment, Gypsy Rose has undergone a dramatic physical transformation and in a recent interview with ABC said, "I feel I am freer in prison than living with my mom. Because I'm living a normal life. [It's not normal] for most, but for me it is."