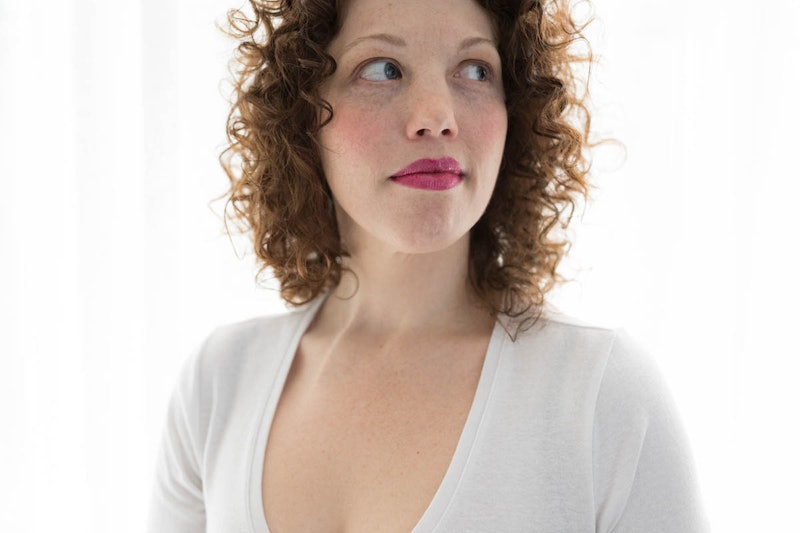 When I talk to other people who've had abortions, one of the things we always reflect on is how we told our partners we wanted to terminate our pregnancies. While we all came to our decisions on our own and felt confident in them, some of us — for a variety of reasons — were hesitant to discuss that choice with our partners. So if you're asking yourself, "How do I tell my partner I want an abortion?," know that you're not alone. Countless women have had to break this news to their significant others, and, thankfully, many of us found the experience to be much easier than what we initially assumed it would be.

The first thing to know is that, though you may feel a responsibility to discuss your decision with your partner, you are under no legal obligation to do so. In 1976, the U.S. Supreme Court ruled in Planned Parenthood v. Danforth that any law "requiring a spouse's consent for an abortion" was unconstitutional. The court's decision stated that even though a potential father might have interest in the decision, if one partner disagrees with the other, only one can prevail. And since a woman has to carry the pregnancy, "the balance weighs in her favor." In 1992, the court ruled in Planned Parenthood v. Casey that a woman doesn't have to disclose her abortion to her partner or notify a partner of a future abortion. The opinion acknowledged a woman's right to privacy in her medical decisions, especially if the woman is in an unhealthy or abusive relationship, because it places an undue burden that threatens her safety. So, again, you are not required by law to discuss your decision with anyone, including your partner.

Regardless of what the law requires, though, many people want to discuss their abortion decision with their significant other. And if that includes you, know there are concrete steps you can take to make the conversation as comfortable as possible.

"It can be difficult because obviously there are a lot of emotions involved," says Meredith Shirey, a marriage and family therapist practicing in New York City who specializes in relationship issues and family conflict. "If one partner is interested in terminating and the other partner wants to keep the child, this isn’t some kind of decision where you can have a compromise."

Dr. Laura Deitsch, Vibrant's resident sexologist and licensed clinical professional counselor with a doctorate in human sexuality practicing in Las Vegas, Nevada, tells Bustle that the first thing to consider before you initiate the conversation is if you feel safe in the relationship. If you decide that you do, she advises, the next step is to think about whether or not you've had any conversations about pregnancy and parenthood previously in the relationship.

"If so, consider what your partner has said about these things when sharing your decision," Deitsch says. "It might be a relief, it might be a hurtful shock. Be considerate and compassionate, but know that, ultimately, the decision [to have an abortion] is up to you."

If you don't think your partner will agree with your decision, make sure to discuss it at a time when you both of you can be fully present, and give them the opportunity to wrap their head around it. "Don’t have the conversation where your partner is just coming home and you’re springing it on them," Shirey says. If you plan ahead when you're going to sit down and talk and let them know what you want to discuss, all the better, the therapist advises.

"Schedule this so they know what this conversation is," she says. "While no one likes to hear, 'We need to talk,' you need to let your partner know what the topic is and give your partner the freedom to decide when they can discuss it." For example, if your partner already knows you're pregnant, let them know you want to set aside some time to discuss your options, then ask when would work best for them.

Shirey also encourages both parties to remember that they can, and should, take breaks throughout the talk as needed. "If your heart starts racing and you get that anxious pit-in-your-stomach feeling, know it's OK to put it on pause and breathe for a second, and come back in a couple minutes."

She also suggests that, prior to the discussion, you prepare a few talking points so you can clearly explain to your partner why this decision is so important to you. When you actually have the conversation, articulate your choice clearly and in a way that can help your partner feel involved and supported in the process.

"Try not to use blaming language," Shirey says. "Instead, use 'I' statements and try not to take a blaming tone. Really try to make the conversation devoid of blame, if you can."

If you feel unsafe in your relationship, how you handle the potential discussion is a little more complicated. According to Shirey, first and foremost, you should take this opportunity to safely plan a way to leave the relationship. "Any time there is a safety factor, as a couple's therapist, our advice is, you need to get out," Shirey says. The abuser is operating from a place of wanting to control his victim, she says, and that is extremely dangerous. According to the World Health Organization "intimate partner violence during pregnancy is a risk factor for women’s increased risk of being killed by an intimate partner." Abuse is about control and possession, which can mean controlling your reproductive choices, too.

If you feel unsafe but still need to discuss your decision with your partner, you should do so in a very public, neutral place, and where another person can see and hear the conversation, Shirey says. "An abuser will present themselves very well in public settings," she says. Ensure your safety by talking to them around others who know what is going on.

"Ideally you would do this in [a] therapist['s] office, or somewhere where someone can not only listen but make a record of it," she says. "But at the very least, find a neutral person [to be present]."

Shirey also notes that sometimes a coffee shop or a similar location might not be a totally safe bet, as the people around you might not be personally invested enough to intervene on your behalf if necessary. Still, if it's your only option, having the conversation in public — a coffee shop, a busy park, the food court of a mall — is better than doing it in private.

Now let's talk about money, which can play a role in these conversations. Many women choose to disclose their decision to have an abortion for financial reasons. You may be asking your partner to help cover the cost, a factor that will probably occur to them as well.

"If this is a casual or new partner, they might be wondering about financial responsibilities," Deitsch says. "It's OK to ask for help. It's also OK not to. Just think about what you'd like ahead of time so you can answer."

What can make these discussions difficult, Shirey says, is the need to facilitate a safe space for your partner to react while simultaneously putting your own needs first. Deitsch agrees.

"Take care of yourself in terms of setting up a person from your support system to lean on if this doesn't go well, or even if it does and you just need to process the conversation," she says. While it's important to let your partner know that you will be respectful of their feelings, it's also vital that you allow yourself to feel whatever it is you are feeling, too, and to surround yourself with neutral, supportive individuals who can assist you going forward.

Finally, be realistic about the potential ramifications this decision may or may not have on your relationship. "Acknowledge that this might shift things in the relationship — for some people [for] the better, for some people the worse. Who knows? It's hard to tell," Shirey tells Bustle. "What creates more distance and resentment is if someone doesn't discuss the 'elephant in the room,' so it's OK to talk about it."

Let your partner know that it's acceptable for them to feel whatever it is they're feeling, even if it's toward you (as long as those feelings are expressed in a healthy, safe way), and remind yourself that you are not your abortion. "De-personalize your partner's feelings. Even if they say they're sad about this situation, they're not sad about you. Even if they're angry, they're not angry about the person you are." Shirey says. "This is a season of the relationship and not the totality."

Interpersonal relationships are tricky all on their own, so an unplanned pregnancy can add an additional layer of stress. But not all abortion conversations between partners are scary or even difficult. When I made the decision to terminate my pregnancy, I didn't have to raise it with my then-partner because he was the first to suggest it. We came to the same conclusion organically after taking stock in our often problematic relationship, our finances, and our inability — both individually and as a couple — to be adequate parents. We knew what was best for both of us, so we arrived at the decision pretty effortlessly. In some ways, it was the easiest conversation we ever had.

More like this
Here’s What Happens To Bill & Frank In 'The Last Of Us' Video Game
By Brad Witter
'The Last Of Us' Video Game Revealed Tess’ Fate In The HBO Series
By Brad Witter
My Partner Wants Me To Wear A Diaper During Sex. Help!
By Sophia Benoit
Barney Walsh Has Been Linked With This Famous Miss World Winner
By Sophie McEvoy
Get Even More From Bustle — Sign Up For The Newsletter
From hair trends to relationship advice, our daily newsletter has everything you need to sound like a person who’s on TikTok, even if you aren’t.