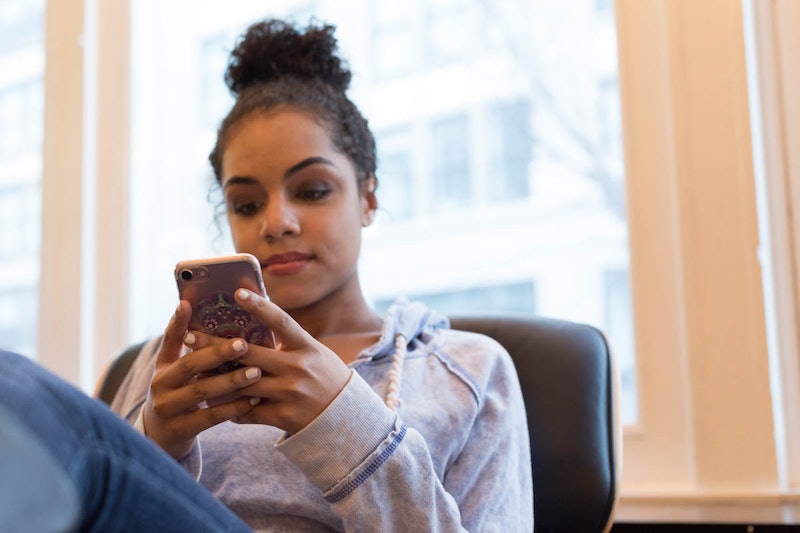 When I called the local Planned Parenthood in Bellingham, Washington to schedule my abortion, I assumed there was only one way to terminate my pregnancy. My understanding of abortion was limited to a handful of television and movie depictions, so I envisioned a scary operating room and, sadly, even scarier doctors. But I soon found out that just like pregnant women have multiple options to consider when planning for childbirth, there's more than one option for women choosing abortion to consider, too. Which leads us to our next question about one of those options: what is a medical abortion?

The name, which is slightly confusing — aren't all abortions performed by a licensed practitioner medical? — refers to an abortion induced by medication. A medication abortion involves two oral medications — one taken in a doctor's office or clinic, and another taken six to 48 hours later — that can be used in the first 10 weeks of pregnancy to trigger contractions that expel the fetus.

Dr. Antoinette Nguyen, an OB-GYN in North Carolina and a fellow with Physicians for Reproductive Health (PRH), a group of doctors who advocate for reproductive rights, explains how it works: first a clinic administers you mifepristone, also known as the abortion pill. It terminates the pregnancy by blocking progesterone, the hormone that makes the uterus hospitable to a fertilized egg. Then you take a second medicine, misoprostol, also in pill form, on your own. That's when you can expect some pain and discomfort. "With a medical abortion, you will have bleeding and cramping after taking the second medication required," Nguyen tells Bustle. "It can be normal to see large blood clots. The cramping can feel like severe menstrual cramps and [is] usually alleviated with medications such as ibuprofen and Tylenol."

Nguyen says patients should seek medical attention if the bleeding is heavy enough to soak pads at a rate of one per hour or more, if they don't experience bleeding within 24 hours after the second medication, if they're experiencing severe abdominal or back pain not controlled by the medications your provider has given them, and/or if they are noticing unusual smelling vaginal discharge. These symptoms could be signs of complications or side effects that, while incredibly unusual and usually easily treatable, do require medical attention.

Medical abortions are, like abortion itself, very common. In 2009, research conducted by Planned Parenthood clinics across the country showed that one in four U.S. abortions were done medically, instead of surgically, NBC News reported. And according to the University of California San Francisco (UCSF) Medical Center, 95 to 97 percent of women respond successfully to a medical abortion. If the pregnancy fails to pass, you will have to return to your provider to either attempt another medical abortion or, more likely, procure a surgical abortion. On the rare occasions when a medical abortion fails, it's usually due to one of several factors. A 2007 study published in the US National Library of Medicine and the National Institutes of Health found that while medication abortion is over 90 percent effective, old age, having had a miscarriages or two or more previous pregnancies was "independently associated with unsuccessful medical abortion." If you have any concerns as to how your medical history might impact the effectiveness of a medication abortion, be sure to consult your provider.

Other considerations are cost and access. According to Planned Parenthood, a medical abortion can cost between $350 and $950 before insurance, which you may not be able to count on even if you are insured. (While some insurance companies do cover the cost of medication abortion, 26 states have passed laws that prohibit insurance companies from covering any abortion, according to the National Women's Law Center.) By contrast, a surgical abortion in the first trimester can cost up to $1,500 before insurance, Planned Parenthood's website states, making medical abortion the less expensive option. With more clinics that offer surgical abortions closing down, a medical abortion can also be easier to obtain, as even primary care providers and OB-GYNs who don't work in abortion clinics can prescribe the pills. So, if you believe medical abortion is the right decision for you, talk to your primary care physician to see if they prescribe the medications and/or if they need to refer you to another provider that does.

If you reside in a particularly rural area, you can get a medical abortion via telemedicine, a safe alternative that doesn't require an in-person consultation with an OB-GYN. Patients visit a clinic and go through the normal process of a medication abortion screening, including an ultrasound. They then receive the medication in the clinic and take it home, where a licensed physician guides them through the abortion process in real-time via a private and secure video connection. Just note that telemedicine isn't offered in all 50 states. According to the Guttmacher Institute, 34 states require clinicians who prescribe medication abortion to be licensed physicians (so physician assistants and/or nurses cannot provide the medication), and 19 states require the clinician to be physically present during the procedure. You can find out if your state offers telemedicine options here.

According to patients, the biggest advantages of medical abortion are that it takes place outside a clinic and that no surgery is involved. "I chose to have a medical abortion because I wanted to end the pregnancy in the comfort of my family's home without an [in]vasive procedure," Kristine Kippins, 37, from New York City tells Bustle. "Although there was some discomfort from heavy bleeding and cramps, the process was similar to an intense monthly period. It lasted much longer than a surgical abortion would have, but I wouldn't trade anything for being able to have my abortion at home on my own terms." Some people who chose medical abortion also say the experience can feel more organic. "I chose medical abortion because I wanted to be home with my partner the entire time, and I wanted to feel what my body was going through," Sally, 32, from Boston tells Bustle. "I wanted the experience to be as natural as possible."

Like any medical procedure, medication abortion does come with some side effects. As listed by the Planned Parenthood, they can include cramping, nausea, diarrhea, heavy bleeding, and fever. To ease the discomfort of some of these side-effects, Planned Parenthood recommends taking a pain medication like ibuprofen, putting a heating pad or hot water bottle on your stomach, taking a shower, or having a support person rub your back. According to NBC News, "Since approval in 2000, there have been six deaths from sepsis, a bloodstream infection, among the more than 1.1 million American women who have used Mifeprex." (Mifeprex is the brand name for mifepristone.) That's a death rate of less than 1 in 167,000 patients. A 2011 study published in the US National Library of Medicine and National Institutes of Health found that screening for sexually transmitted infections and the vigilant use of antibiotics lowers the risk of infection. In other words, this method of abortion — like the majority of medically supervised abortions — is very safe. And if you do plan on having children in the future, know that this option, as with any abortion procedure, will not negatively impact your future fertility.

It's important to think about your unique circumstances — the state of your pregnancy, your finances, your support system, and your access to transportation — before deciding which abortion method feels most appropriate. While I was comfortable having an in-clinic abortion procedure, if I again find myself in a situation in which terminating an unplanned pregnancy is the right decision for me, I will definitely consider the benefits of passing a pregnancy at home, surrounded by my favorite people.