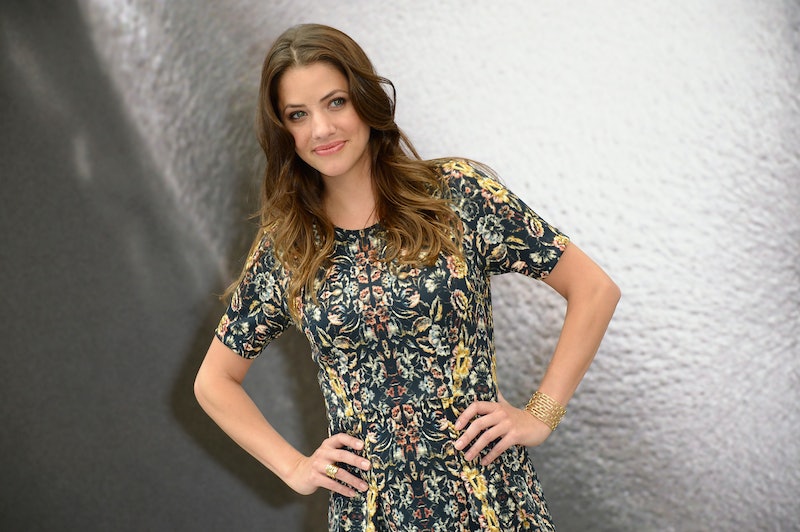 There are a few new characters flying in for Supergirl Season 5, and one of them is Andrea Rojas, aka the Mexican superhero Acrata. Those who know Acrata from the comics may feel a bit unfamiliar with version of the character who appears in the CW series, played by Veronica Mars alum Julie Gonzalo. The shadowy vigilante has been remixed to fit into the world of the show, where she'll join Lena Luthor as another high-powered executive that Kara will have to contend with. The major question is whether or not Acrata will be an ally to Supergirl like she is in the comics, or if she'll end up being one of her greatest foes.

According to Deadline, Supergirl's Acrata will first be introduced as her daytime persona, Andrea Rojas. Andrea is a polished businesswoman and heir to a Central American tech empire, which is poised to make "a hostile advance into the world of media." Described as unapologetic and unafraid to make waves, Andrea will like clash with Kara in the workplace before Kara discovers that Andrea also wields mystical powers as Acrata.

In the comics, Acrata is pretty much the polar opposite of a polished businesswoman — in fact, she's vocally anti-establishment and anti-authority. Created by writers Oscar Pinto and Francisco Haghenbeck and artist Giovanni Barberi, Acrata first appears alongside Mexican superheroes Iman and El Muerto in Superman (1987) Annual 12. While teaming up to stop a terrorist attack in Mexico City, the three heroes run into Superman, who's there as Clark Kent reporting on a story. Both Acrata and El Muerto are quick to dismiss Superman, with El Muerto snapping, "He fights for 'The American Way.' What has this Superman done for our country?" Acrata is the only one to outright walk away from Superman, telling him she doesn't trust an outsider enough to share her information about the terrorists.

Acrata works the case separately and eventually runs back into Superman and the rest, and together they all team up to take down the organized crime ring. Acrata then graffitis a wall with the William Pitt quote, "Where laws end, tyranny begins." A news anchor covering the fight says that, much like Batman, Acrata is considered a vigilante who's "trying to bring order to the chaos of the city." Just like Batman, Acrata also wears a full head cowl on top of a black outfit, which pretty effectively conceals her identity.

Acrata is a fitting hero for Mexico City, as her powers are the stuff of ancient South American lore. Acrata draws power from an ancient Mayan symbol, which gives her the ability to teleport through shadows. She wears the Mayan symbol on her forehead, which allows her to tap into old magic from the ancient civilization. And she combines her shadow powers with skilled hand-to-hand combat, making her a pretty formidable foe on par with Bruce Wayne himself.

In the comics, it's unknown how Andrea stumbled across the symbol and became Acrata — it's possible her powers are a result of her father's work. In Supergirl, that symbol may be the key to understanding why Andrea sits atop a tech empire. Has she used Mayan magic to gain the upper hand in her business deals? Possibly. Or like Bruce Wayne, her money and connections simply allow her the freedom to act out as Acrata in the nighttime.

While Supergirl may introduce Acrata with a different backstory and motives, here's hoping that ultimately Acrata sides with Supergirl, as she did with Superman in both the comics and in The CW's Smallville. (In Smallville, Acrata had super strength and an outfit similar to Batman's, since Batman himself could not appear in the show due to copyright.) With Lena Luthor coming more into her power, and more determined than ever to take down Supergirl, a Batman-esque ally may just be who Kara needs. And in this day and age, a Latina superhero who literally draws pride and strength from her own culture is what viewers need, too.

More like this
'The Sandman’s Ending Is A Departure From Neil Gaiman’s Comic Book Series
By Kadin Burnett
'Yellowjackets' Just Announced Who’s Playing Adult Van & It’s Perfect
By Gretchen Smail
At 14, D'Arcy Carden Was Sneaking Out To Parties & Crying Over Kurt Cobain
By Ivana Rihter
Josh Peck Shows Love To Jennette McCurdy After Her Shocking 'iCarly' Revelations
By Radhika Menon
Get Even More From Bustle — Sign Up For The Newsletter