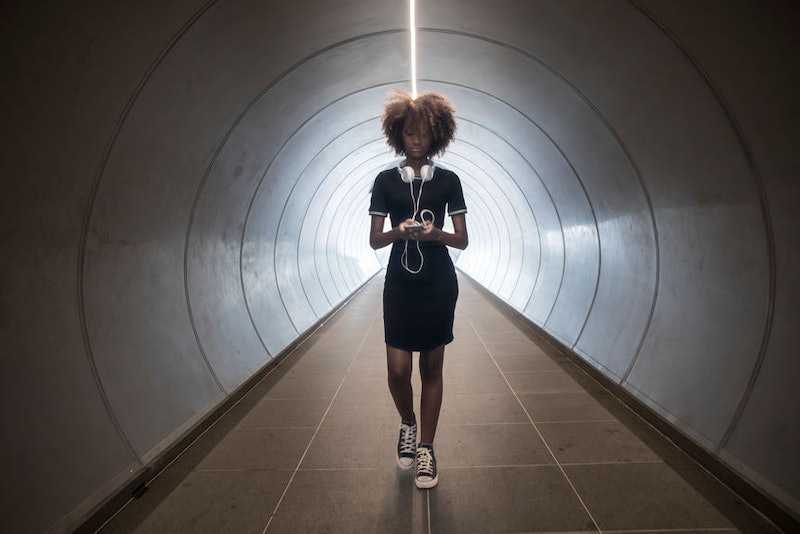 When it comes to concepts of misogyny and harassment, it's safe to say that there is a clear generational gap. Older generations typically have different views on what constitutes inappropriate behaviour than people of a younger age. But there is also a difference between how young men and young women think. And this distinction has been illustrated in a new sexual harassment survey by ActionAid.

The international charity, which works with girls and women in 45 countries around the world, surveyed more than 2,500 young people living in the UK, India, Brazil, and Kenya. Each participant was aged between 14 and 21 and was asked a series of questions with the aim of discovering when a young person becomes aware of misogyny and the experiences associated with it.

ActionAid found that three quarters of the young people surveyed said they had been "exposed to negative or offensive attitudes towards women in the last six months," and two thirds believed that the world is a more dangerous place for girls and women. In addition, ActionAid reported that 65 percent of girls have actually experienced some form of sexual harassment over the last six months.

Harassment was defined by in the survey as "unwanted or upsetting remarks or physical attention," with examples including wolf whistling, catcalling, sexual jokes, negative comments about appearance, sharing explicit photos online, groping, upskirting, and being forced to kiss someone.

Young men and women differed slightly in how they viewed certain behaviours. Although nine out of ten young people in the UK see upskirting as unacceptable, ActionAid found that young men were more likely to find actions like groping or sharing explicit photos acceptable.

Thankfully, many young people in the UK feel confident enough to report sexual harassment. Two thirds of those who had been harassed in the past six months said they would feel comfortable telling someone about the incident. (In fact, two thirds said they already had spoken up.) In Kenya, 64 percent of young people said they would feel comfortable telling others, in Brazil, it was 74 percent, and in India, 79 percent.

One of the stand-out statistics was that 12 percent of girls interviewed aged between 14 and 16 worry about sexual harassment "every day." In Brazil, it was a shocking 41 percent.

The charity asked further questions to find out why so many girls are concerned. Out of the people who had seen misogyny firsthand, almost two thirds of girls and boys in the UK said it had been exhibited by a person in their life, whether a family member, friend, teacher, or stranger. Others had noticed similar instances on social media and in the celebrity world. More than half of those surveyed across all four countries had seen a negative portrayal of women on social media in the past month, while a fifth can recall an instance of a well-known public figure portraying women in an offensive or negative light. Donald Trump and Piers Morgan are two names that were specifically mentioned.

"We know from experience that misogyny is not trivial," Girish Menon, ActionAid's chief executive, said in a statement. "It happens because of deep-rooted beliefs that see women and girls as worth less, that their bodies exist to exploit, and control."

So, how can society help in changing these attitudes and behaviours? Well, 80 percent of young people believe education is the key, whether it's telling boys how girls should be treated, advising girls on how to report cases of harassment, or showing teachers how to correctly deal with such accusations.

"In the countries where ActionAid works, we support local women’s groups who work with entire communities to challenge these societal norms and educate women and girls about their rights," Menon said. "But in order to make real progress, we need a uniformed, properly resourced approach to tackle the unbalanced power relations that prioritise male privilege and perpetuate gender inequality. We want women and girls globally to be empowered to say 'My Body Is Mine.'"