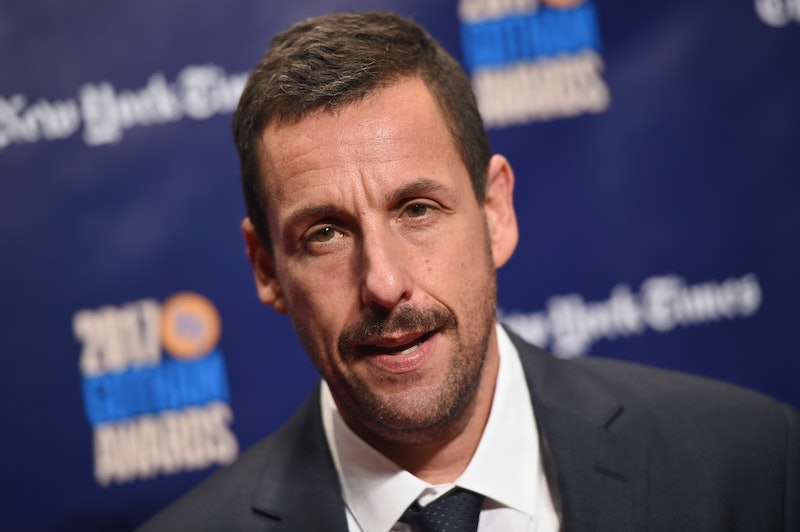 Adam Sandler is one of the most profitable movie stars in history, and the generations that have grown up with him may not realized that, for a time, he was just another cast member on SNL. Adam Sandler’s ‘SNL’ Monologue paid tribute to his time on the show, and finally provides an answer for those who spent the past 25 years wondering why the man who went on to star in some of the most successful comedy films of all time didn't return to SNL. Sandler grabbed his microphone and delivered an ode to the reason for his departure.

The song referenced some of Sandler's classic bits, including Canteen Boy, Crazy Spoon Head, and Opera Man — the latter of whom made a triumphant return on Weekend Update. The song provided some behind the scenes insight, such as his shared realization with Chris Farley that they'd been fired at the same time, as well as some speculation as to why he was fired — "I think they just hate the Jews," Sandler joked about NBC. Sandler even brought out his frequent collaborator Chris Rock to lament that he, too, was fired from SNL before joining In Living Color, which went off the air a few weeks later. While they hit a speed-bump in their careers after being fired from SNL, Sandler and Rock certainly bounced back enough to command show-stopping applause breaks from the SNL crowd.

The show that followed featured some predictably goofy new Adam Sandler characters and performances, as well as some classic Sandler characters — though they weren't performed by Sandler himself. The Sandler Family Reunion sketch featured the cast doing impressions of some of Sandler's most recognizable characters, from Billy Madison (done by Kyle Mooney and Mikey Day), Happy Gilmore (Shawn Mendes), Little Nicky (Pete Davidson), Bobby Boucher from The Waterboy (Melissa Villaseñor), Robbie Hart from The Wedding Singer (Beck Bennett), as well as a deep cut in the form of Kristen Wiig as Sandler's mother yelling "They’re all gonna laugh at you," a reference to a segment from his stand-up album of the same name. The sketch ended with the entire family doing a rendition of his classic "Hanukkah Song".

In a night filled with reminiscing and music, Sandler saved his most emotional tune for last, perhaps overshadowing the show's actual musical guest Shawn Mendes, with a song he performed inspired by a friend he made while working at Saturday Night Live. Sandler performed a tribute to Chris Farley, originally featured as a part of his Netflix special 100% Fresh, to close out the show. While the song wasn't new, the fact that Sandler was performing it while hosting the show where his friendship with Farley originated added a new emotional weight to the performance — a touching commemoration of one of Saturday Night Live's most gifted performers. While Sandler has come a long way from his days playing songs behind the Weekend Update desk, it's clear that the hallowed halls of Studio 8H still hold a special place in the star's heart.